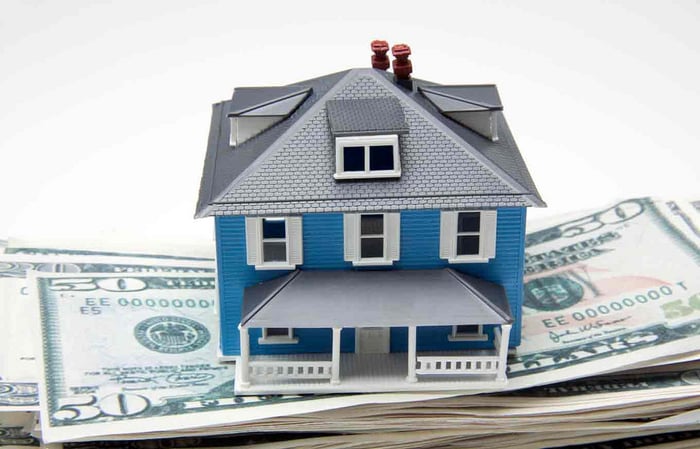 Freddie Mac (OTC:FMCC) reported a $475 million loss for the third quarter, its first unprofitable performance in four years. With the agency in conservatorship, investors aren't entitled to any of its profits regardless, but there may be another reason to worry.

Specifically, shareholders of Freddie Mac and fellow government sponsored enterprise Fannie Mae (OTC:FNMA) are suing to end the conservatorship and allow the agencies to recapitalize, but their arguments are based on the assumption that both can be profitable on their own. Here's what you need to know about the government sponsored enterprise's most-recent quarter, and how it could affect investors' chances of success.

For the third quarter, Freddie Mac posted a net loss of $475 million, which dropped its year-to-date total net income to $4.2 billion. However, the loss may not be as bad as it appears.

During the third quarter, Freddie Mac suffered $2.1 billion in market-related losses, including $1.5 billion stemming from derivatives used as interest-rate hedges, and $0.6 billion from credit-spread changes. In other words, the loss had nothing to do with the performance of the agency's mortgages.

In fact, many of the numbers from the quarter look rather good. For example, credit quality continues to improve, and Freddie Mac's single-family mortgage-delinquency rate fell to 1.41% -- its lowest level since October 2008.

Sister agency Fannie Mae managed to earn net income of $2.0 billion during the third quarter, and is sending the Treasury a $2.2 billion dividend payment. And although both agencies have the capacity to draw more money from the Treasury under the terms of the bailout agreement, it was not necessary to do so, as Freddie Mac's capital reserves were sufficient to cover the losses.

Is it a problem for investors?
In order to understand why this could be bad news for investors, you need to understand Fannie and Freddie's post-crisis history. The agencies received a combined $187.5 billion in the 2008 bailout, and the original terms of the agreement were that the bailout created a "senior preferred" stock, and the agencies would pay the Treasury a 10% dividend.

However, in 2012, the Treasury and FHFA decided to modify the agreement (without consulting shareholders) to divert all of the company's profits to the government. Coincidentally (or not), this change occurred around the same time the agencies returned to profitability. In just a few years, the agencies have paid $241.3 billion to the Treasury, $53.9 billion more than they received.

Shareholders are currently engaged in a legal battle, challenging the current profit-sweeping arrangement as illegal under the Fifth Amendment. Several high-profile shareholders, including Pershing Square's Bill Ackman, have made the case that the companies could thrive if allowed to recapitalize.

The problem is that the original bailout debt is still there. Even if the government agreed to go back to the fixed 10% dividend, there's no reason to believe the agencies would be able to recapitalize. In Freddie Mac's case, a 10% dividend on its bailout funds would equal more than $7.1 billion per year -- meanwhile, the agency produced just $4.5 billion in profit during the past four quarters. Fannie Mae's situation isn't much better: Its $9.8 billion profit during the past year wouldn't be sufficient to cover an $11.6 billion annual dividend to the Treasury.

Unfortunately, the current profit-sweeping arrangement under which the agencies send their profits to the Treasury, but don't owe any dividends if they don't make money, looks like the better option of the two -- at least from a financial standpoint.

Can the agencies recapitalize and survive on their own?
This is the billion-dollar question. Ackman argues that it would be in everyone's best interest for the Treasury to monetize its equity ownership in Fannie and Freddie. The government's warrants entitle it to a 79.9% stake in the agencies' common stock, and Ackman claims that a recapitalized Fannie and Freddie could produce up to $621 billion in future value for taxpayers.

However, these calculations assume a favorable legal outcome that dramatically adjusts the outstanding balance of preferred stock downward to $65 billion, and several things need to go right for shareholders before that could happen.

In short, it's tough to argue with the assertion that the current arrangement is unfair, and it's also tough to argue with Ackman's calculations. However, the mathematical fact is that Fannie and Freddie would be unable to remain profitable on their own -- even if the original 10% dividend is restored -- without significant changes to its debt structure, and an exit from its conservatorship. Freddie Mac's recent losses, and Fannie Mae's less-than-stellar profitability, create additional obstacles for their investors' quests for change.