Free from agency costs, Warren Buffett has designed a company that puts its shareholders first. 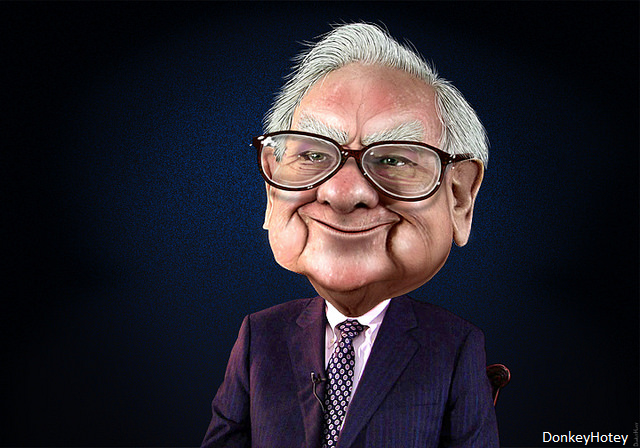 At a recent conference, respected hedge fund manager Tom Russo gave a very simple reason for why his firm is invested in Berkshire Hathaway (BRK.A -1.14%) (BRK.B -1.07%): Because the company has created an extraordinarily alignment of interests with no agency costs.

Agency costs. It's a phrase a business undergrad will hear hundreds of times in his or her college career, but it's more than just two simple words. Agency costs refer to the conflicts that arise between shareholders and company management.

From expanding at any price, to purchasing a corporate jet for more leisurely travel, company management often does what's best for them, even if it isn't best for shareholders.

Russo argues this isn't the case at Berkshire -- and he's right
Warren Buffett and Charlie Munger have designed Berkshire Hathaway so that the managers of its many far-flung business lines always make decisions that are in the interest of shareholders. It's all about alignment.

It starts all the way at the top with the board of directors. In contrast to most corporate boards, members of Berkshire's board of directors are paid a pittance. The highest-paid Berkshire board member earned exactly $6,700 for participating in 2014.

Berkshire, unlike most companies, doesn't shield its board from liability. Buffett refuses to buy Directors and Officers insurance for Berkshire's board members, fearing that a board free from liability for their decisions will make worse decisions.

So why do board members show up? They're owners. As Buffett said at the 2007 annual meeting, "They bought the stock in the open market. It's a real owners board." Contrast this to other corporate boards that are dominated by highly paid ex-executives who are more interested in earning another year's director fees than making decisions that create shareholder value.

Alignment at every turn
Clayton Homes, a Berkshire portfolio company, runs circles around its competitors. It manufactures and sells homes, and it remained profitable even during the 2008 financial crisis. How did it avoid the trap so many of its peers fell into? It aligns the interests of its managers with shareholders.

National Indemnity is an insurance company few have heard of. It's one of many of Buffett's insurance companies, and it's been in the portfolio for a very long time. During the early 1980s, business was booming, but quickly peaked in 1986. From a top in 1986 to the low point in 1999, its written premiums fell by 85%. Given the circumstances, most managers would lay off employees right and left.

Later, Buffett looked back and said that that Berkshire "never fired anyone -- the decline in headcount was solely due to retirements. The key is you can't fire people if they don't write business, or they'll write business. You must be able to tell them that if they write no business, their job is not in jeopardy."

Buffett knows it's better to wait for a fat pitch in insurance than swing at every opportunity, and he instilled this in his employees by allowing them to be patient at National Indemnity.

There are plenty of reasons not to invest in Berkshire. It's massive. Its billions of dollars of cash put a drag on returns. And sure, its stock likely won't repeat the last 20 years' performance over the next 20 years.

But these issues are small fry compared to the misalignment of interests between management and shareholders that plagues so many publicly traded companies. This, I submit, is the single best reason to own Berkshire Hathaway. It's a wonderful collection of businesses free from agency costs.