Johnson Controls' (NYSE:JCI) recent strategic review and outlook failed to convince the market, with the stock down around 7% in the two days' trading afterward. The negative issues look stock-specific rather than any kind of warning on its end market, and rivals such as United Technologies (NYSE:RTX) and Ingersoll-Rand Plc (NYSE:TT) shouldn't be unduly worried by what Johnson Controls' management said. However, a deeper dive into the company's guidance suggests management may be taking a rosy view on its prospects in China in 2016. Let's take a closer look. 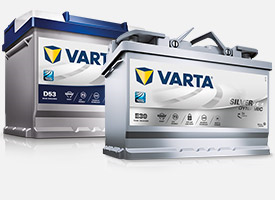 And now the bad news:

In a nutshell, sales guidance is ahead of estimates, but EPS is only in line, implying that margin expansion is likely to be less than the market anticipated. Moreover, the spinoff and restructuring costs are significant. To put them into context, management expects the auto spinoff process to reach $2.5 billion to $3 billion, so $400 million to $600 million in costs is a significant figure.

Guidance
The case behind buying Johnson Controls stock is based on its transformation from being an automotive-focused company toward a balanced construction and automotive battery businesses. Following the automotive experience spinoff next October, the remaining company will be comprised of the building efficiency and power solutions segments and generate about half its earnings from each side.

Management gave strong guidance for the near term and midterm for both remaining segments:

Will these assumptions hold true in 2016?

Two concerns with China guidance
China looms large in regard to Johnson Controls' future. The company is investing heavily in new plants for Power Solutions and expects the Hitachi joint venture to help propel HVAC sales in the country. Meanwhile, the Automotive Experience segment claims a 44% automotive market share in China. Moreover, management expects that by 2020 China will be the world's largest automotive battery market and will make up 40% of the global HVAC market. 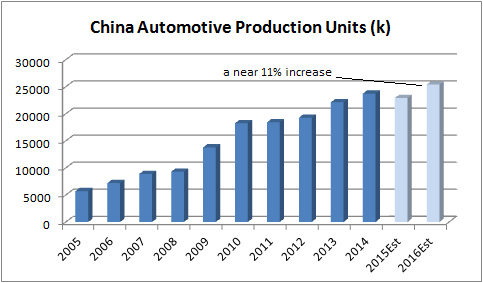 While it's true that China passenger-car production increased 8.1% in October compared to last year, production is still up only 2.2% in the first 10 months compared to the same period last year. Government incentives to spur new-car sales are obviously having an effect, but will they produce the kinds of increase in production that Johnson Controls expects for 2016?

The takeaway
All told, the company is focusing its long-term growth prospects on China, and its assumptions on automotive and construction growth in China and Asia look optimistic in my view. Meanwhile, the significant costs associated with the spinoff of the automotive experience segment are disappointing and come with unspecified restructuring costs to follow.

If you're bullish on China for the near and long term, then Johnson Controls is a very attractive stock, but for those looking cautiously at the country, it might be one to avoid.