This year has been a pretty busy one for Apple (NASDAQ:AAPL), busier than most years in recent memories in terms of product introductions. Most years see a new iPhone, a new iPad, and a handful of spec bumps and refreshes throughout the rest of its product portfolio. But 2015 has seen quite a few major new products and services.

Here are the most meaningful:

How do we pick which one of these is most important?

Winner: MacBook
I believe the new 12-inch MacBook is the best new Apple product of 2015. Here's why. 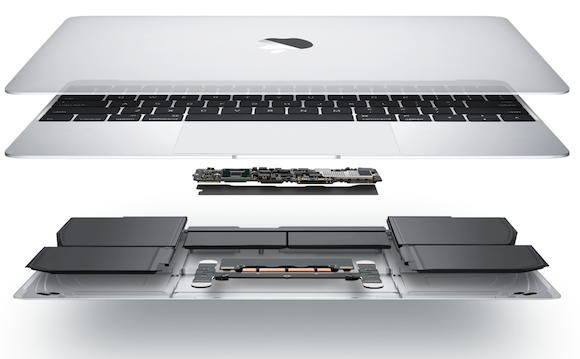 Never mind the fact that the new MacBook uses a low-power processor that technically offers less power than other MacBooks. Never mind the controversial decision to only include a single USB-C port (other than the headphone jack) for power, charging, data transfer, and external displays. Never mind the high price of admission, charging $1,299 for the cheapest configuration.

Buying the 12-inch MacBook comes with plenty of compromises. It doesn't handle CPU-intensive tasks very well, you need a wide variety of dongles to properly use USB-C port since there aren't many accessories yet, and it's expensive. Beyond the product itself, it's more about what the MacBook represents.

The new MacBook shows that Apple is still the same forward-looking and innovative company. If anything, the MacBook is ahead of its time. Nearly all of the reviews say that it's as if the device is from the future. Indeed, Apple's official marketing tag line for it is: "Light. Years ahead." And it's quite fitting. In a recent interview with Mashable discussing the new MacBook, marketing chief Phil Schiller described Apple's philosophy: "We found that the best thing we could do is push boundaries beyond what's expected, beyond what's comfortable sometimes."

If all of the criticisms sound eerily familiar, it's because they echo the same criticisms of the original MacBook Air from 2008, which launched at an even higher $1,799 initially. But following the 2010 refresh, the MacBook Air would then go on to set the standard for consumer laptops for the next half-decade. Nearly all laptops were judged against the Air once the industry caught up to the original vision of an ultra-portable laptop. It even inspired a new class of PC laptops called Ultrabooks: thin, light, and powerful laptops at premium price points.

The MacBook won't drive as much revenue as the iPhone, expand an addressable market like the iPad Pro, or enter an entirely new product category like Apple Watch. But the MacBook shows that Apple is comfortable making consumers a little uncomfortable if it's all in the name of progress.