Please ensure Javascript is enabled for purposes of website accessibility
Log In Help Join The Motley Fool
Free Article Join Over 1 Million Premium Members And Get More In-Depth Stock Guidance and Research
By Leo Sun - Dec 15, 2015 at 9:33AM

These two cyber security stocks are worth watching.

Over the past few years, many companies and institutions have been hit by devastating data breaches. The Identity Theft Resource Center reports that as of Dec. 8, 176.3 million records have been exposed via data breaches in 2015. That's more than double the 85.6 million records exposed in 2014. As these attacks escalate, demand for robust cybersecurity services will rise. That's why research firm Markets and Markets expects the global cybersecurity market to grow from $106.3 billion this year to $170.2 billion by 2020.

Therefore, growth-oriented investors should recognize some of the top stocks in this sector. Let's discuss two cybersecurity stocks that didn't fare well in 2015 but might do better in 2016: FireEye (MNDT 0.00%) and CyberArk Software (CYBR 1.02%).

FireEye
Unlike many cybersecurity firms, which identify attacks after they occur, FireEye offers threat-prevention solutions. During the third quarter, 36% of FireEye's revenue came from product sales, while the rest came from subscriptions and services. But like many of its industry peers, the company remains unprofitable in both GAAP and non-GAAP terms.

On the bright side, FireEye is still considered a "best in breed" threat-prevention firm. It was the first cybersecurity company to be certified by the U.S. Department of Homeland Security, and it signed multiple security partnerships with major tech companies over the past year. FireEye's sales growth might face headwinds, but it's unlikely to dry up anytime soon. The stock also trades at six times trailing sales, making it much cheaper than Palo Alto Networks, which trades at 16 times sales.

CyberArk Software
CyberArk goes beyond blocking or preventing external attacks by isolating internal threats that have breached a company's initial layer of security. Its software locks down the affected network or computer and prevents it from spreading to other devices and stealing more data. CyberArk mainly focuses on protecting "privileged" accounts, which are frequently exploited by hackers to gain access to sensitive data. 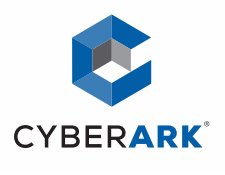 CyberArk finished the quarter with over 2,000 customers worldwide, including 40% of the Fortune 100 companies and 17 of the world's top 20 banks.

Unlike FireEye, CyberArk is profitable in both GAAP and non-GAAP terms. During the quarter, its non-GAAP net income rose 56% to $9.2 million, or $0.26 per share, which exceeded expectations by $0.13. GAAP net income more than doubled to $6.8 million. CyberArk can post stronger profits than its peers because it spends more conservatively. Over the past 12 months, CyberArk spent 78% of its revenue on total expenses, compared to 186% for FireEye and 114% for Palo Alto.

However, CyberArk stock isn't fundamentally cheap. It trades at 46 times forward earnings, which represents a premium for a company that is expected to grow its earnings at 26% annually over the next five years. Its P/S ratio of 8 is higher than FireEye's but cheaper than Palo Alto's.

Watch these stocks, but do your homework
Both FireEye and CyberArk are volatile stocks that queasy investors should avoid. But investors with a higher tolerance for risk can consider averaging into these stocks over time, since data breaches will likely keep rising and bolstering demand for their services. Both companies could also become lucrative buyout targets in an industry consolidation.

Leo Sun has no position in any stocks mentioned. The Motley Fool owns shares of and recommends FireEye. The Motley Fool recommends Cisco Systems, CyberArk Software, and Palo Alto Networks. Try any of our Foolish newsletter services free for 30 days. We Fools may not all hold the same opinions, but we all believe that considering a diverse range of insights makes us better investors. The Motley Fool has a disclosure policy.