Please ensure Javascript is enabled for purposes of website accessibility
Log In Help Join The Motley Fool
Free Article Join Over 1 Million Premium Members And Get More In-Depth Stock Guidance and Research
By Brian Stoffel - Dec 22, 2015 at 8:16AM

Expectations were high for the year, and reality fell woefully short.

When investors buy shares of a "growth" company, they need to understand the fundamental trade-off: With the opportunity for outsized returns comes the risk of outsized losses. What constitutes a growth stock? For the purposes of this article, let's say a company whose shares traded -- at some point during 2015 -- for over 50 times trailing earnings.

Though the S&P 500 has largely been flat this year, investors in these three growth companies have had to endure brutal losses. Here's why it's been so rough.

Back in February, following a positive earnings report, shares of online advertising and review site Yelp (YELP -0.95%) traded for as much as $57.50. At that point, that constituted a P/E of 440! Since then, shares are down 52%.

What gives? Well, in almost every important long-term metric, the company has been flailing. New visitor growth has slowed dramatically, and mobile visits -- while up 22% last quarter -- have also been decelerating. The company has experienced these downward shifts even as it has invested significantly in increasing its headcount of employees. Unless those employees show a surprise profit soon, the business model could simply be broken.

It also doesn't help that much deeper-pocketed rivals such as Facebook are looking to get into the same local-reviews business. For 2016, analysts are predicting negative earnings per share. 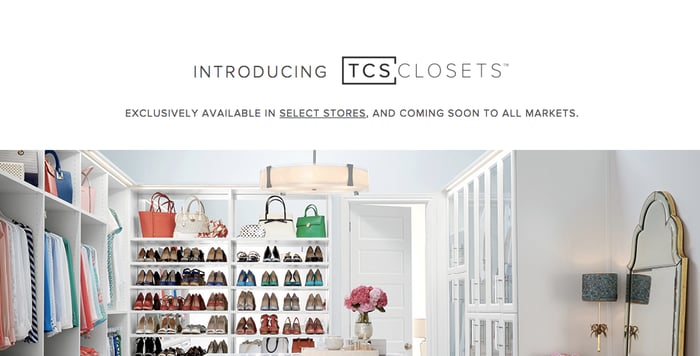 When Container Store (TCS -0.81%) went public back in late 2013, there were lots of warm fuzzies to go around. Led by Kip Tindell, a pioneer of the conscious capitalism movement, investors believed that enhanced customer service, an ambitious expansion plan, and solid comparable-store sales (comps) would translate into a great investment.

That simply hasn't been the case. Shares of Container Store experienced their 2015 peak in April when they reached roughly $23 per share -- at the time constituting a P/E of 70. Since then, shares have fallen 65%.

The disappointing news seems to be coming from the company nonstop. In April, management announced that comps had fallen 0.8% for the previous quarter. Tindell followed that up in July with news that comps fell another 0.9%, though this was viewed positively as the company was forecasting a 3%-4% decline. In October, the bad news continued, with comps inching up just 0.1%, well below expectations.

The bottom line is that almost all revenue growth shown by the company is coming from new stores. That means that existing stores simply aren't resonating with customers. Whether it's because similar products can just as easily be found online or that Container Store is charging more than most would like to pay, the concept simply isn't clicking with shoppers.

Looking ahead, analysts expect the company to produce EPS of $0.36. At today's levels, shares trade for 22 times that estimate.

I can count myself squarely as one of the burned investors in Bitauto (BITA), as I bought its shares back in September. Bitauto is aiming to be the one-stop online shop for those looking to buy and sell used and new cars in China.

Shares reached a yearlong high of $89 back in January, and at the time, that represented a P/E ratio of 58. Since then, shares have fallen over 70%.

The fate of Bitauto's stock in 2015 came down to three key factors. First, expectations were exceptionally high for the company, and its shares experienced swings of more than 10% on a regular basis. In other words, it was already a highly volatile stock.

Second, the Chinese stock market and economy in general spooked global markets this summer. Between mid-June and late August, the Shanghai index fell 43%. During that time frame, shares of Bitauto followed the trend, falling over 55%.

And third, though the company registered revenue growth of over 80% last quarter, profitability has taken a hit. Bitauto management is investing heavily in what it calls its EP Platform. In plain English, this feature allows auto dealers to build out their own virtual showrooms for customers on Bitauto's platform.

I think such a service could be very sticky and will end up being money well spent. Currently, however, I appear to be in the minority. If the company hits analyst estimates for 2016, it will produce $1.42 in EPS. At today's $26 price, you can buy shares for a relatively cheap 18 times future earnings.