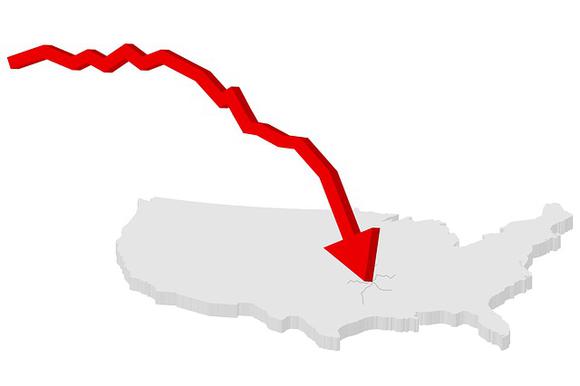 The S&P 500 (SNPINDEX: ^GSPC) has started off 2016 on a downbeat note, quickly falling below the 2,000 mark in the first couple of hours of trading in the New Year. Interestingly, many of the causes of today's plunge closely resemble what investors saw on one day in August that turned out to be the worst day for the S&P 500 in 2015. By turning back the clock a few months to see what sent the S&P down nearly 78 points, or 4%, back on Aug. 24, you can find some parallels that could guide your investing this year.

Echoes of a global meltdown
As we're seeing today, global macroeconomic concerns were the culprit for the S&P's worst day of 2015. Between June and August of last year, China's stock market crashed, with the key Shanghai market index falling 40%. Even though this only sent Chinese stocks back to where they were trading earlier in 2015, the drop nevertheless made it clear just how volatile the emerging market's financial exchanges were.

Elsewhere across the globe, financial markets had gotten shakier throughout this period, but Aug. 24 was the day when investors had finally had enough. During the day, the S&P suffered a more than 100-point drop before recovering some lost ground, following terrible performances in the Japanese and European stock markets as well. Especially near the beginning of the session, when the worst of the losses occurred, some market participants blamed computerized trading programs and a lack of liquidity among exchange-traded funds as contributing factors for the extent of the declines.

The one-day decline was the largest of the year, but it didn't represent 2015's low-water mark. The market kept falling the next day, and even after a huge rebound later in the week, the S&P had by late September dropped back below where it closed Aug. 24 before finally regaining its footing in October.

Is 2016 starting where Aug. 24 left off?
On the first day of 2016, global stock markets have largely followed this same pattern. The Chinese stock market fell 7% to begin the year, triggering a circuit-breaker provision that led to an early halt to trading in Shanghai and Shenzhen. Weak economic data from the emerging-market powerhouse spurred the decline, and even a 15-minute pause in afternoon trading wasn't enough to give Chinese investors any comfort about the ongoing sluggishness in the nation's economic growth. Markets in Japan and Europe followed suit with declines of 2% to 4%.

Many of the same macroeconomic fears that prompted Aug. 24's decline are still present today. In addition to China's woes, the oil markets remain extremely weak, putting geopolitical pressure on oil-reliant areas of the world. News of rising tensions between oil giants Saudi Arabia and Iran suggest a heightened potential for destabilization in the Persian Gulf, and some believe that the two countries could open the floodgates on production and send oil prices tumbling even further in preparation for a potential conflict. Commodities prices are also low, putting other emerging economies in peril and threatening to reverse the growth engine that has brought prosperity to many parts of the world.

What to watch out for in 2016
For long-term investors, the fact that the market recovered from Aug. 24 should serve as a reminder that the losses on this first day of the new trading year aren't necessarily indicative of how 2016 will go. Many traders focus on the first few trading sessions of a new year for signs of the direction of the markets in the months to come, but each year is different, and the internal and external influences on stock prices never play out exactly the same way.

With fundamental economic conditions in the U.S. remaining strong, many companies in the stock market have the same growth potential they had before 2016 began -- and before the market's worst one-day plunge in 2015. Taking advantage of downturns as buying opportunities can be lucrative, as difficult as it can be to pull the trigger.