Though monetization remains on hold, the social media king’s messaging app continues to innovate and the latest rumors center on video calling.

If past earnings calls are any indication, you can be sure that Facebook (META 1.70%) CEO Mark Zuckerberg will be asked -- again -- about the monetization of its fast-growing messaging behemoth WhatsApp when the company reports results later this month. Similar to when Facebook finally took the advertising wraps off the wildly popular Instagram property, investors and industry pundits are champing at the bit to see what it will do with WhatsApp and its 900 million monthly active users (MAUs).

The story behind monetizing WhatsApp involves a lot of testing -- which has become a Facebook mainstay -- as well as reaching the vaunted 1 billion-MAU plateau. But delaying the revenue-making opportunity that WhatsApp brings to the table hasn't stopped Facebook from continuing to enhance the world's most popular messaging service. And the latest effort, should the rumors prove true, could be an absolute game-changer. 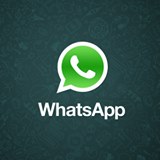 Good may be getting better
With over 900 million MAUs after just six years of existence, it's clear that messaging fans love their WhatsApp. Its relatively simple, clean look and feel are resonating with consumers, pushing WhatsApp to the top of the messaging heap. The only messaging service that even comes close to WhatsApp in size and scale is Facebook's own Messenger and its 700 million-plus monthly users.

Apparently, Facebook isn't resting on its WhatsApp laurels. According to a recent "leak" reported by Forbes, Facebook is prepping WhatsApp to take on the likes of Microsoft's (MSFT 1.70%) Skype, Apple's (AAPL 2.14%) FaceTime, and other video-calling services. Facebook unveiled its WhatsApp calling feature to the masses in spring last year, which, in and of itself, was a milestone.

According to the recent rumors, Facebook is prepping WhatsApp to also function as a video-calling tool, and it could be unveiled as early as this month. Skype and FaceTime are generally the first video-calling alternatives that come to mind for businesses and consumers, but that could change in a hurry, given WhatsApp's huge base of existing users.

What it means
Not surprisingly, Facebook derives the vast majority of its revenue from advertising, but a WhatsApp video-calling function could prove to be an ancillary source of revenue with a strong impact. It's not likely that WhatsApp will eventually incorporate ads as part of its video-calling feature, which is just fine. Additional functionality such as video calling across multiple operating systems -- unlike FaceTime, which is limited to Apple's iOS -- will almost certainly boost both the number of MAUs and their respective engagement levels.

More users, and more time spent on WhatsApp, will eventually equate to more revenue once Zuckerberg finally unleashes the advertising power of the mammoth messaging service. Apparently, Facebook is also working on a few more subtle user interface tweaks, as well as the aforementioned voice-calling capability, along with the earlier unveiling of WhatsApp for desktop users.

The war is on
There's a lot at stake in the war for engaging users on the world's biggest operating systems and devices, as Microsoft demonstrated a while back when it essentially forced users to "chat" from its wildly popular Outlook using Skype, killing support for Facebook and Google chat. Before the change, consumers could chat with their Facebook friends via Outlook, but those days are gone -- not to mention that Skype is an integral piece of Microsoft's latest Windows 10 OS, just as FaceTime is a key component of Apple's iOS operating system.

Of course, Microsoft and Apple aren't going to bury their respective heads in the sand and let their video-calling solutions wither on the vine. That said, with nearly 3.5 billion MAUs on its flagship site, along with WhatsApp, Messenger, and Instagram properties -- granted, there's plenty of overlap -- a Facebook video-calling service could find its way to any or all of these, instantly changing the landscape, even affecting heavyweights such as Microsoft and Apple.

As if it weren't already in the cards, rumors of a new video-calling feature for WhatsApp virtually guarantees Zuckerberg will once again be asked "What's the timeline for monetizing WhatsApp?" when fiscal 2015 results are announced Jan. 27. Looks like the answer to that question may become even more tantalizing before long.

Tim Brugger has no position in any stocks mentioned. The Motley Fool owns shares of and recommends Apple and Facebook. Try any of our Foolish newsletter services free for 30 days. We Fools may not all hold the same opinions, but we all believe that considering a diverse range of insights makes us better investors. The Motley Fool has a disclosure policy.