Please ensure Javascript is enabled for purposes of website accessibility
Log In Help Join The Motley Fool
Free Article Join Over 1 Million Premium Members And Get More In-Depth Stock Guidance and Research
By Dan Caplinger - Jan 5, 2016 at 6:02AM

Some of the weakest performers all suffered from the same troubles. Find out what they were. 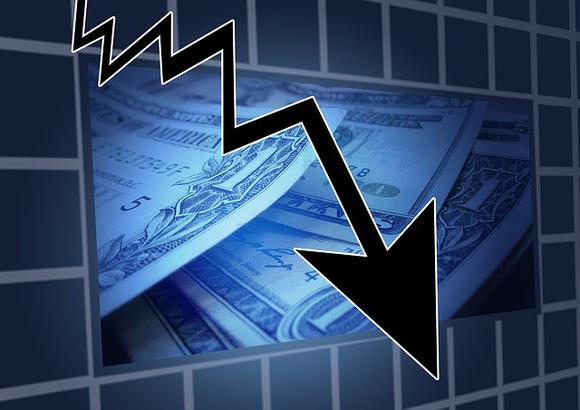 Mutual fund investors largely saw flat performance in 2015, as the stock market broke its streak of winning years on fears that the global economy could continue to slow down and hold back investment results. For a few funds that got caught on the wrong side of the market in 2015, the subpar returns they produced left investors wondering whether they'd made a long-term mistake in choosing them over their mutual fund peers. The following three funds with assets of $10 billion or greater were among those with the weakest returns in 2015.

Lazard Emerging Markets
It was a terrible year for emerging-market stocks, with many formerly hot economies across the globe giving way to pullbacks because of the plunge in commodities prices and the sluggishness in levels of economic activity. With losses of more than 20%, Lazard Emerging Markets (LZEMX) suffered particularly hard from its emerging-markets focus, underperforming nearly all of its counterparts in the sector.

The Lazard fund's top holdings weren't particularly remarkable, with subpar performance coming from Chinese Internet giant Baidu (BIDU -0.83%). Yet all in all, poor selection of stocks in areas like Brazil and the Philippines was a big part of the fund's downfall, and even solid picks in a couple of key areas weren't enough to rescue the fund's total return. Many investors see continued trouble ahead for emerging markets, as the U.S. increases interest rates and puts pressure on capital availability in many areas around the world.

In 2015, the strong dollar held back many international investments, as the gains that businesses made from being able to sell products to the U.S. market in exchange for more valuable dollars weren't enough to offset the decline in value of foreign shares when measured in dollar terms. Weakness in industrial and materials businesses in Europe and South Africa contributed to the Dodge & Cox fund's lackluster results, and relatively few strong performers showed up within the fund's list of holdings. If the dollar stops climbing, then the Dodge & Cox fund could rebound in 2016, but few see any reversal in dollar strength happening soon.

Franklin Income Fund
Few expect income-based funds to perform badly in a poor year for the overall stock market, but Franklin Income Fund (FKINX) didn't do its investors any favors in 2015. The $80 billion fund fell nearly 8% for the year, putting it among the lowest 5% of funds in the category.

The main reason for the fund's poor showing was that it was highly concentrated in stocks in the energy and utilities sector, which dominated the top-holdings list. Although companies like industrial giant General Electric (GE 1.36%) managed to post sizable gains, most of the top holdings in the fund were down on the year, pulling the entire fund's returns down into the red.

Will 2016 be better for these funds?
These three funds will have an opportunity to bounce back from last year's losses to redeem themselves in 2016. Yet many of the things that have kept international markets on edge will likely remain uncomfortable throughout the year, and there's no guarantee that income-based funds will be able to avoid the stock market's volatility simply because of their income focus. With the prospect for rising interest rates to put pressure even on funds that tend to own lower-volatility shares, it'll be hard for these three funds to give long-term investors the returns they'd prefer to see in 2016.