Hint: It's even more impressive than you think. 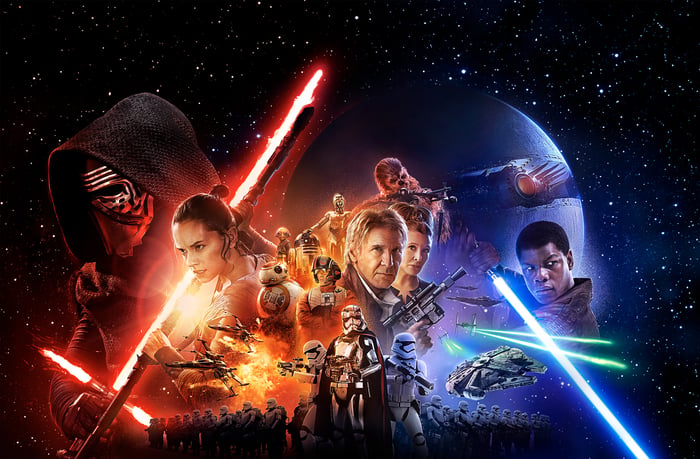 Star Wars: The Force Awakens is now the highest-grossing domestic movie of all time. Credit: The Walt Disney Co.

As if there were any doubt after its record-breaking debut last month, Disney's (DIS 3.98%) Star Wars: The Force Awakens just officially became the highest-grossing film of all time in the domestic market.

Specifically, the latest installment in the iconic franchise added another $6.2 million to its official stateside tally Thursday, bringing its new domestic total to $764.4 million. In the process, The Force Awakens passed the previous domestic record of $760.5 million, set by 2009's Avatar from News Corp. (NWS 0.65%) subsidiary 20th Century Fox.

But perhaps most impressive? The Force Awakens accomplished the feat a mere 20 days after its cinematic debut. By comparison, Avatar took 318 days to reach the old high mark -- and that was split between two separate box office releases.

To be fair, The Force Awakens is enjoying the positive effects of both higher ticket prices and a greater number of IMAX screens throughout the country. Adjusted for inflation, it also ranks as "just" the 18th highest-grossing domestic film of all time as of this writing. For perspective, it's still nearly $1 billion below the $1.74 billion inflation-adjusted U.S. haul achieved by Gone With the Wind in 1939, as well as the No. 2 $1.53 billion gathered by -- you guessed it -- the original Star Wars released in 1977.

Incidentally, The Force Awakens' inflation-adjusted total also places it three spots below 1983's Return of the Jedi at $809.9 million, one spot below No. 17 1999's Star Wars: Episode I-The Phantom Menace at $777.6 million, and three spots ahead of $762.2 million from No. 21 (and fellow Lucasfilm product) Raiders of the Lost Ark.

Given its short tenure so far, it seems certain The Force Awakens will move more than a few spots up in the inflation-adjusted list when all is said and done, all while padding its lead as the undisputed gross-dollar champion of the U.S.

Coming up next ...
With one record toppled, however, Disney investors' eyes will inevitably shift away from the U.S. and toward The Force Awakens' international performance.

So far, so good. As of right now, it has already tallied $821.3 million in overseas ticket sales, bringing its global gross to an eye-popping $1.592 billion.

The true test for Disney's new franchise, however, arrives this weekend as The Force Awakens launches in China on Jan. 9. Given the relative youth of China's burgeoning box office industry, the Star Wars franchise has yet to gain the same vast popularity with Chinese consumers as it enjoys in the United States.

And the stakes are high; China played a key role in the global success of Avatar and Jurassic World, generating a solid $204.1 million and $228.7 million in total sales for each movie, respectively.

Rest assured the challenge wasn't lost on the House of Mouse. Disney pulled out all the stops to raise awareness for The Force Awakens ahead of its release in the Middle Kingdom, including hiring the wildly popular singer and actor Lu Han as the film's "ambassador," marching 500 Storm Troopers while handing out light sabers and other merchandise to prospective fans on the Great Wall, and creating a digital hub with Chinese ISP Tencent to offer Chinese consumers unprecedented on-demand access to all six previous films in the Star Wars saga.

In the end, though, it's clear Star Wars: The Force Awakens will be extremely lucrative for Disney, especially as we see its immense performance trickle down to its other business segments from Parks & Resorts, Consumer Products, and its Interactive Games division. Of course, investors are still left to grapple with whether it will be enough to offset the negative effects of cord-cutters on Disney's core Media Networks business in the near term.

But for every spot Star Wars: The Force Awakens moves up from here in the all-time list of the world's highest-grossing movies, you can be sure Disney investors will be able to exhale just a little further.

Steve Symington has no position in any stocks mentioned. The Motley Fool owns shares of and recommends Imax and Walt Disney. Try any of our Foolish newsletter services free for 30 days. We Fools may not all hold the same opinions, but we all believe that considering a diverse range of insights makes us better investors. The Motley Fool has a disclosure policy.