Please ensure Javascript is enabled for purposes of website accessibility
Log In Help Join The Motley Fool
Free Article Join Over 1 Million Premium Members And Get More In-Depth Stock Guidance and Research
By Sean Williams - Jan 10, 2016 at 10:41AM

According to this study from researchers at Yale and Pennsylvania State, marijuana may lead to a surprising change in behavior among users. 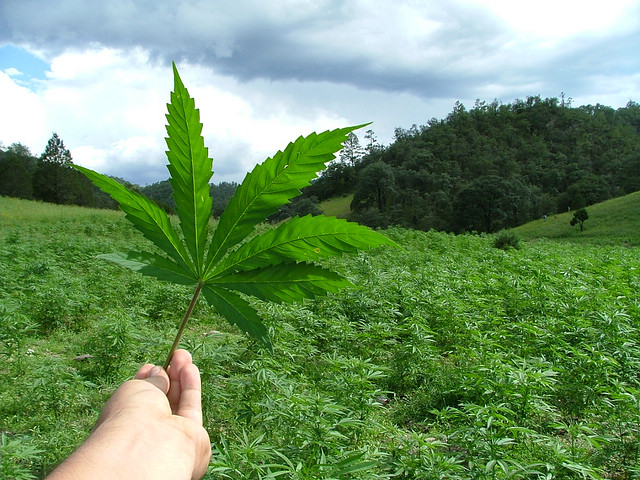 Marijuana legalization has advanced by leaps and bounds over the past two decades, but 2016 could really be the year that it jumps into the spotlight.

This is a critical year for marijuana
Since receiving its first medical approval in the state of California in 1996, medical marijuana has been approved in 22 additional states. We've even witnessed voters in four states (along with Washington, D.C.) legalize the use of recreational marijuana for adults ages 21 and up. Over a period of two decades that's some pretty substantial progress for the industry.

The potential passage of recreational marijuana laws is critical -- President Obama has suggested that the best way to get Congress's attention is through the steady legalization of marijuana at the state level. Although marijuana remains an illegal plant at the federal level, the federal government is perfectly fine (for now) with allowing states to handle regulating the drug on their own. If more states legalize marijuana, it could force Congress to act.

It all comes down to safety
The big concern for lawmakers is, and has always been, marijuana's safety profile. Considering that for decades the majority of clinical studies have focused on the possible adverse effects of marijuana rather than potential benefits, there's simply an overwhelming stack of evidence against marijuana at the moment. Congress seems unwilling to bend on its current stance until it has a more thorough and balanced picture of marijuana's benefits and risks.

Of course, there is certainly no shortage of longtime users who'll jump at the chance to inform skeptics of marijuana's potential health benefits and lack of long-term risks. The simple fact that not a single person in the U.S. died of a marijuana overdose in 2014 is testament that it could be beneficial in medical patients looking to resolve certain ailments that might otherwise require the use of prescription opioids -- which lead to approximately 17,000 deaths annually in the U.S. due to overdose.

We're also witnessing clinical evidence that marijuana and/or its cannabinoids may hold the key to improved quality of life for a number of ailments. Patients with two rare forms of childhood epilepsy -- Dravet syndrome and Lennox-Gastaut syndrome -- demonstrated a greater than 50% reduction in seizure frequency when taking GW Pharmaceuticals' experimental cannabinoid-based drug Epidiolex. Other early stage studies have suggested marijuana could hold benefits for cancer patients, type 2 diabetics, and even Alzheimer's disease patients.

This new study may leave you a bit grumpy
However, not every new study has worked in favor of marijuana supporters. Initially published online in January 2015, a study from researchers at the Yale University of Medicine and Pennsylvania State University showed that trial participants who smoked marijuana tended to be more hostile and impulsive the day they used marijuana, as well as the day after.

According to Yale and Pennsylvania State researchers, 43 trial participants were analyzed over a 14-day period to determine how they responded to marijuana, alcohol, and tobacco. After controlling for certain factors, and removing alcohol and tobacco from the equation, researchers observed that marijuana users demonstrated an increase in hostile and impulsive behavior the day they used the drug and the following day. The ultimate conclusion of these researchers was that the behavioral impact of marijuana warrants additional research, especially in light of the expansion of recreational marijuana in some states.

It is worth noting that 43 patients can hardly be described as representative of the U.S. adult population, which totaled roughly 245 million people as of 2014. Just because marijuana users in this small sample proved more hostile, it doesn't guarantee that marijuana was the cause, which is why additional studies are needed. Nonetheless, it does place yet another obstacle in marijuana's possible path to nationwide legalization.

Owning marijuana stocks could make you even grumpier
If marijuana is eventually legalized at the federal level, its market potential could be huge. ArcView Group placed a market value of $2.7 billion on the marijuana industry as of 2014, while Greenwave Advisors has separately suggested that nationwide legalization could pump up the legal marijuana industry to a $35 billion valuation within a few years. These figures have dollars signs dancing in the heads of investors, some of whom believe that marijuana could be one of the top investments of the next decade.

Unfortunately for investors, marijuana stocks look to be just as dangerous an investment today as they've been in the past. The reason is that state-level legalization doesn't do much to counter the disadvantages marijuana businesses face at the federal level. Marijuana businesses have practically no access to credit lines or basic banking services because banks don't want to face potential federal prosecution for aiding a business involved in a federally illicit drug. Marijuana businesses also get no help come tax time since they're unable to take any deductions like normal businesses.

These challenges make it very difficult for large-scale, investable marijuana businesses to turn healthy profits. If the federal government were to change its stance, my view on marijuana as an investment would almost assuredly change as well -- but there's simply no guarantee that the federal government will change its stand anytime soon. Waiting around simply isn't an option for some marijuana companies, which are losing money hand-over-fist -- which makes this industry a very risky investment that I'd suggest completely avoiding.