Please ensure Javascript is enabled for purposes of website accessibility
Log In Help Join The Motley Fool
Free Article Join Over 1 Million Premium Members And Get More In-Depth Stock Guidance and Research
By Joe Tenebruso - Jan 10, 2016 at 8:51AM

Winners tend to keep on winning.

While many investors like to bottom-fish among the rubble of struggling companies with beaten-down stock prices, I prefer a different approach. I'd rather search among the stocks trading near 52-week highs far more than those languishing at 52-week lows.

I do this because companies with a proven track record of success tend to breed a culture of winning, one that continues to propel these businesses -- and their share prices -- higher. In that regard, Facebook (META 1.70%), which rose an impressive 34% in 2015, and Netflix (NFLX 2.72%), which surged an incredible 134% last year, appear poised to once again deliver handsome gains to their investors in 2016 -- and beyond.

Facebook
Facebook's massive base of more than 1 billion daily users makes it a force in just about any area in which it chooses to compete. And one space where Facebook has set its sites upon is the fast-growing realm of online video.

Facebook now delivers 8 billion video views per day -- that's double the 4 billion daily views it served up as recently as April. The company is also beginning to roll out its new Live Video feature, which allows users to share video in real time. 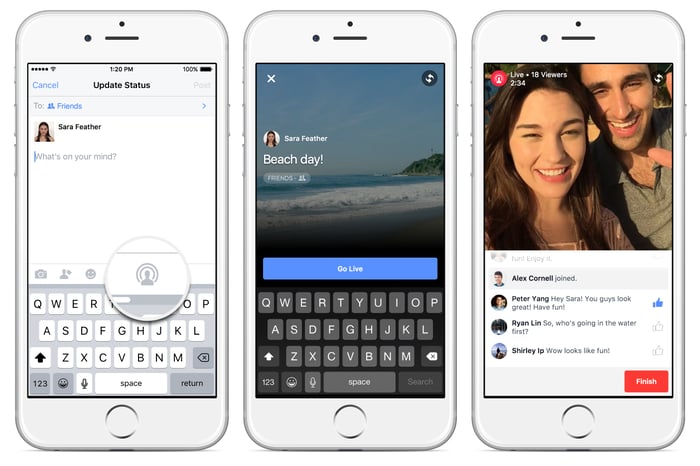 Why is this important? Because, as my colleague Tim Brugger explains, "no medium can deliver the right ad to the right person at the right time better than digital. And no online ad generates measurable results better than video."

It's true, however, that Facebook's video initiatives are placing it in more direct competition with Alphabet's (GOOG 2.36%) (GOOGL 2.39%) wildly popular YouTube. While Facebook may not yet match YouTube's scale -- analysts predict that, by 2017, YouTube will add $8.5 billion in annual revenue to Alphabet's top line compared to projections for $3.8 billion in annual video revenue for Facebook -- the social media titan's advantage resides in its unmatched targeting capabilities garnered from its treasure trove of user data, which allows Facebook to charge video advertisers as much as six times more than YouTube commands.

With digital-video revenue estimated to grow about 40% in 2015 on an industry-wide basis, it's likely that both Alphabet and Facebook will continue to prosper in this large and quickly expanding market. And with video being just one of the many areas where Facebook is excelling, its stock appears poised to deliver more strong gains to investors in the year -- and years -- ahead.

Netflix
No company stands to benefit as greatly from the cord-cutting trend than Netflix. The streaming pioneer is well versed in battling entrenched competitors whose size and inertia often work against them in a manner described in The Innovator's Dilemma.

Whether it was Blockbuster in the 2000s, or the cable companies in the current decade, Netflix has proven quite adept in its role as disruptor. Its shareholders have been well rewarded for the company's success, as the stock is a multi-bagger several times over since its IPO in 2002. 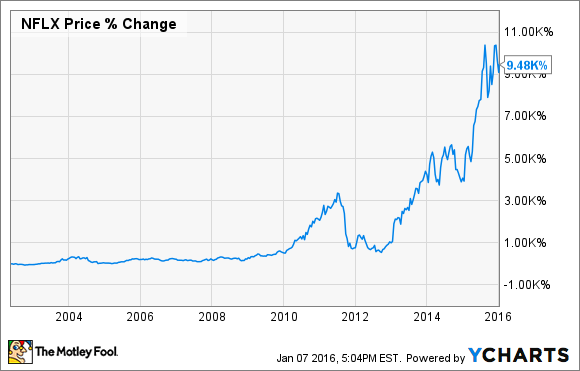 More important for today's investor, however, is that far more gains lie ahead. Netflix is embarking on a global expansion strategy, and just days ago, the company announced that it completed its 130-country international rollout nearly a full year earlier than management previously targeted.

Netflix is now in nearly every market in the world, with the key exception of China, and can legitimately claim to be "a new global Internet TV network." Even better, with its market-opening investments largely completed, management expects "material global profits" in 2017 and beyond. That makes 2016 a great time to consider picking up some shares of Netflix as a way to profit alongside this proven winner.

Suzanne Frey, an executive at Alphabet, is a member of The Motley Fool's board of directors. Joe Tenebruso has no position in any stocks mentioned. The Motley Fool owns shares of and recommends Alphabet (A shares), Alphabet (C shares), Facebook, and Netflix. Try any of our Foolish newsletter services free for 30 days. We Fools may not all hold the same opinions, but we all believe that considering a diverse range of insights makes us better investors. The Motley Fool has a disclosure policy.