Please ensure Javascript is enabled for purposes of website accessibility
Log In Help Join The Motley Fool
Free Article Join Over 1 Million Premium Members And Get More In-Depth Stock Guidance and Research
By Demitri Kalogeropoulos - Jan 10, 2016 at 9:30AM

Earnings season unofficially kicks off with quarterly results from Alcoa, CSX, and Intel on deck for the trading week of Jan 11. through Jan. 15.

Stocks began 2016 with a series of unusually large drops. Last week brought four triple-digit daily losses for the Dow Jones Industrial Average (^DJI 0.00%), capped by a near 400-point slump on Thursday. And the S&P 500 (^GSPC 2.13%) ended the year's first trading week significantly lower as well. All told, both indexes lost 6%: 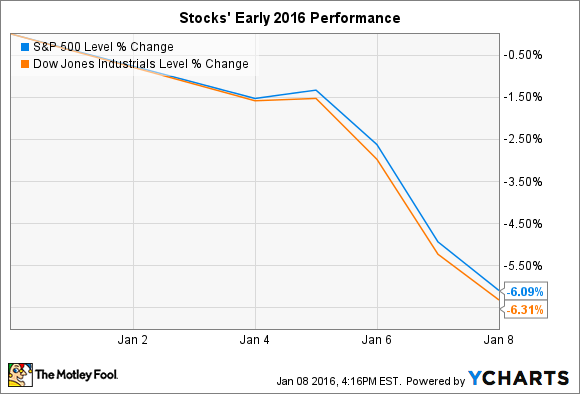 Yet a surprisingly strong jobs report on Friday showed that the U.S. economy is growing at a solid pace -- the 292,000 jobs added last month brought the 2015 total figure up to 2.7 million.

The week ahead brings the unofficial start to fourth quarter earnings season. Metals giant Alcoa (AA) and railroad titan CSX (CSX 4.25%) get the ball rolling with their announcements early in the week. Tech giant Intel (INTC 2.46%) also posts its results on Thursday afternoon.

Monday, Jan. 11: Alcoa talks about splitting up
Alcoa investors endured a painful 2015: The stock slumped 40% as sales declines and commodity pricing pressures ate away at operating results. Revenue dipped 1% through the first nine months of the year and by 11% in the third quarter.

Wall Street is bracing for more bad news from the metals producer this week. Sales are projected to have fallen by 16% to $5.3 billion as profit sinks to $0.04 per share from $0.33 per share last year. And those consensus earnings estimates have drifted lower over the past 90 days, falling 50% from $0.08 per share forecast three months ago.

While those operating results will be key for investors to watch, shareholders are just as interested in management's latest thinking on Alcoa's split into two businesses, one that's focused on alumina and primary metals, and another that produces value-add metal products. The updated outlook for these starkly different segments will likely set the stage for the stock in 2016.

Tuesday, Jan. 12: CSX and shrinking coal shipments
Railroad giant CSX will post its fourth quarter earnings after the closing bell on Tuesday, and investors already know that the news isn't likely to be good. Last month, the company lowered its 2015 earnings guidance as demand for coal transportation slumped. "Coal movements have declined more significantly in the fourth quarter than expected," Chief Financial Officer Frank Lonegro said in an investor presentation on Dec. 2.

Coal shipments fell 18% in the third quarter, helping overall revenue decline by 9%. Yet there were a few bright spots in that report, as well. Expenses fell, and CSX was able to pass along higher prices to its customers, leading to a record third quarter profit of $0.52 per share.

Consensus estimates call for CSX to post a 10% quarterly sales drop this week as earnings fall two cents to $0.47 per share. Over the longer term, the company hopes cost controls will help it navigate the industry headwinds through efficient management of its rail network.

Thursday, Jan. 14: Intel's hope for growth in 2016
Intel posts earnings results after the market closes on Thursday. The chip giant is expected to eke out a tiny sales gain after having booked a slight decline over the last quarter and the prior nine months. 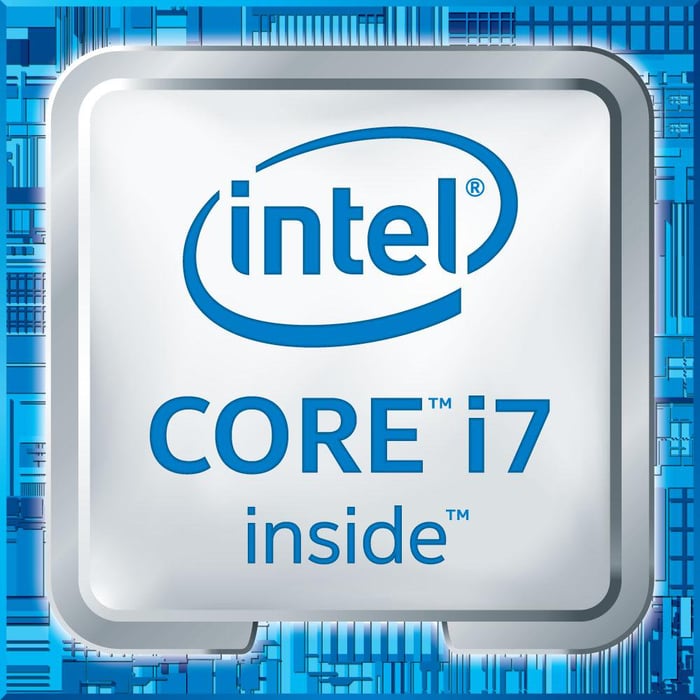 Those shrinking revenue days may be over soon, though. Executives noted reason for optimism in their third quarter earnings presentation when CEO Brian Krzanich told investors "there are signs that the PC market is beginning to stabilize."

Since then, management issued 2016 guidance that calls for solid sales growth of roughly 5%, which would make this a record year for Intel. If the company can return to steady gains in both its client computing and data center segments, while maintaining gross profitability, then this week's results could be the start of a brighter year for Intel and its shareholders.

Demitrios Kalogeropoulos has no position in any stocks mentioned. The Motley Fool recommends CSX and Intel. Try any of our Foolish newsletter services free for 30 days. We Fools may not all hold the same opinions, but we all believe that considering a diverse range of insights makes us better investors. The Motley Fool has a disclosure policy.