It's unlikely you'll be audited by the IRS, but it could still happen. Fortunately, there are some key mistakes you can avoid to reduce your odds of being audited. 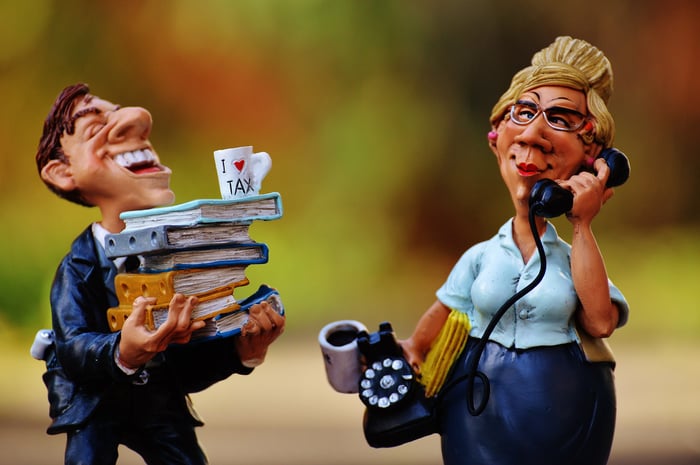 Your chances of having a tax return audited by the IRS are very small, but it could still happen to you. Fortunately, as you prepare and submit your tax return, there are some key mistakes you can avoid in order to reduce your odds of being audited.

First, though, just what are those odds of being audited? A look at the IRS's 2014 Data Book offers some answers. It notes that for the 2013 calendar year, there were about 190 million tax returns filed, and the IRS audited close to 1.4 million of them -- which is just 0.7%. Among returns for individuals, the rate was still below 1%, at 0.9%.

Below are some mistakes to avoid, as they could increase your chance of an audit. 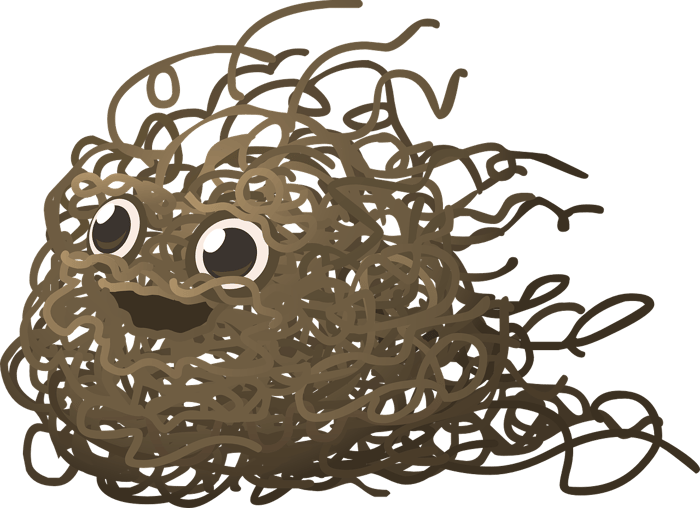 Sloppiness can boost your odds of being audited. Image source: Pixabay.

Being messy
If your handwriting can be hard to read, or you're just sloppy in general, paying little attention to detail, don't shrug that off. The IRS needs to be able to make sense of your tax return, and if it can't tell whether that's a 0 or a 6, or your return is just too hard to read, it will draw attention. You don't want any attention drawn to your return. You want it to be one of many millions that gets smoothly processed without question.

Making math mistakes
Of the tax returns filed in 2013, the IRS has reported that there were close to 2.3 million math errors, resulting in massive numbers of notices sent to taxpayers about them. To avoid receiving such a notice, be sure any numbers you're entering in your return are correct. Double-check your calculations, and be sure to enter data in the right boxes. Using tax-preparation software and electronically filing your return can make a big difference, as such filers can have greater accuracy in their returns than hand-prepared ones. Remember to sign your return, too -- unsigned returns can also draw the attention of the IRS.

Omitting information
If you fail to report any income or omit any other information, that can raise flags at the IRS and get you audited. Even if it's just a seemingly inconsequential dividend payment, you don't want to bother mentioning, it needs to be included. That's because it's not only the right thing to do, but also because the IRS probably already knows about the payment to you and will be wondering why you haven't mentioned it. Entities that pay you generally report having done so to the IRS -- whether they're reporting salary payments, dividend income, interest paid, or something else. The IRS then expects your return to include all of these payments.

Even if you do file a return, though, your odds of being audited are higher if you report no income. For example, if you have your own business and you posted a net loss for the year, the IRS might want to double-check to make sure you're not pulling a fast one. In 2014, about 5.3% of returns with no income were audited.

Being dishonest
If you're stretching the truth on your tax return -- especially if you're self-employed -- you may catch the attention of auditors. Be ready to substantiate any claims with receipts or other documentation. If you're claiming a home-office deduction, you'd better have a home office, and one that conforms to the rules, meaning it's used solely for the business.

Using an unscrupulous -- or otherwise problematic -- tax preparer
If your tax return is prepared by your well-meaning Uncle Bob, that could land you in an audit if he makes mistakes. Using a professional won't protect you from an audit, either, because they can make mistakes, too, and unscrupulous ones can commit fraud with your return to lower your taxes, or they could even be stealing from you.

Ultimately, you're the one responsible for your tax return. Don't give up on using a qualified preparer, though, as they should be much more informed about deductions you might take and strategies you might employ, and good ones can legitimately reduce your tax bill.

Unavoidable red flags
Despite all of your efforts to avoid an audit, you may still end up with one, and that may be due to factors out of your control. For example, self-employed folks and those with very high incomes are audited more often than more typical taxpayers. Those with deductions of unusual size can also trigger audits. That's because the IRS will generally compare the numbers in your return with averages. If you're claiming a much bigger deduction for charitable donations than the average taxpayer with your income profile, that will draw attention. Similarly, if you claim deductions for business travel or meals that are above average for a business like yours, the IRS might want to look a little closer.

There's no way to ensure you won't be audited, but by taking the steps above, you can reduce your chances of it. Even if it happens, though, know that it's very often a relatively minor event. More than 70% of audits are conducted through the mail, not requiring you to sit across a desk from an IRS agent. And many of them result in additional money coming your way, too. Audits can seem scary, but they're not usually a problem if you've been honest.