These three enterprise software giants may share a core market, but they could not be more different in many ways. Each one appeals to a different kind of investor today.

We're also looking at three turnaround stories in the middle of their narratives. 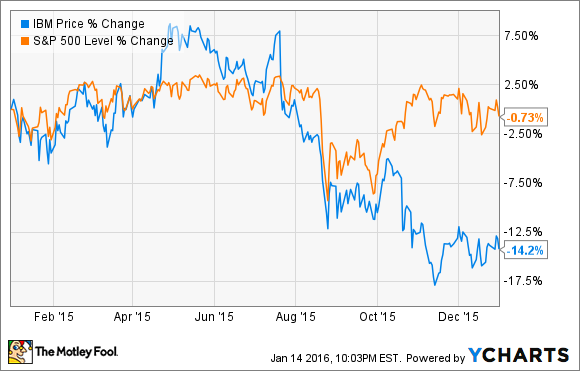 Rometty's IBM is becoming a very different beast than the one-stop-shopping giant she took over from Sam Palmisano. The new IBM is shedding low-margin hardware businesses by the boatload to focus on more lucrative support services and the upcoming Internet of Things revolution. This wholesale makeover has led IBM to some tough crossroads, sacrificing easy sales in the short term, while building a stronger platform for the next couple of decades. 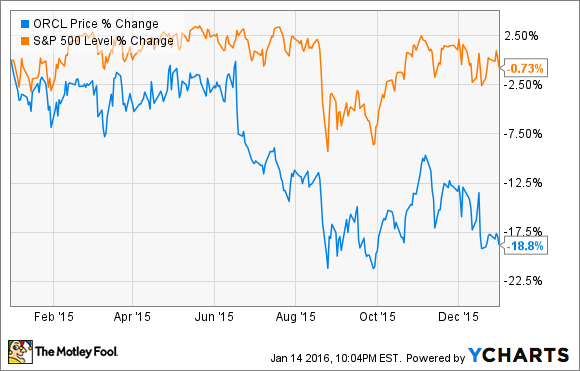 Oracle is trying to lean less heavily on its namesake database system, which is in danger of being replaced by modern NoSQL platforms like Apache Cassandra and MongoDB. Both of these systems are developed and supported by open-source communities, making it hard for Oracle to compete on price and transparency. Instead, Oracle is digging deeper into cloud-computing services.

Formerly known as "The Information company," Oracle's official slogan now speaks of "Integrated Cloud Applications and Platform Services." Cloud-related sales still only represent 4% of Oracle's annual sales, leaving a lot of room for future growth. But the ambition is there, and that division is growing quickly. Still, Oracle's profit margins and free cash flows are suffering while the company goes through this necessary, but painful, transformation. 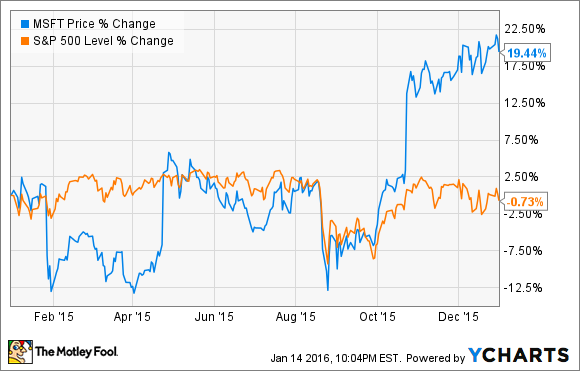 Ending on a positive note, we're left with Redmond's finest. Under Nadella, Microsoft has embraced many strategies that would have been unthinkable under Ballmer, and with good results. Despite a flagging PC market and a dead-end entry into the mobile market, Microsoft has found a way back to earnings growth and stabilizing revenues.

Like Oracle, the company is betting heavily on cloud computing. Unlike the database giant, Microsoft has found a big winner in its Windows Azure cloud-computing platform, which is an almost unchallenged No. 2 in that fast-growing market. Oracle is not even on the radar yet. So Microsoft is getting results from Nadella's new strategy already, giving investors a strong return in 2015.

Now what: Looking ahead, these three stocks should appeal to very different investor types.

Microsoft is currently supported by solid proof that its turnaround is going somewhere. But the stock has already started soaring as a result, and now trades at 35 times trailing earnings, or 4.5 times sales. Nadella must continue to execute his strategy perfectly, or those lofty multiples could collapse again.

At the other extreme, IBM still seems to stub a toe every time Rometty coughs. Nervous investors have lowered Big Blue's trailing P/E ratio to a minuscule 9.2, and the stock can be bought for 1.5 times trailing sales. The market is getting tired of waiting for tangible, positive results from IBM's new strategy. So this is a deep, deep value play.

Rometty doesn't have to break new ground in order to reward investors -- it would be enough to simply deliver on the long-term promise she has been building during the last four years. This stock would still look affordable at twice the P/E ratio, but the trick is to actually deserve such a jump. In the meantime, IBM investors can enjoy a fantastic 4% dividend yield thanks to low share prices and a stubborn commitment to dividend growth.

In the middle ground, Oracle trades at 17 times trailing earnings, and 3.8 times sales. The company still sports excellent margins, and its sales haven't plunged as deeply as Microsoft's or IBM's. So this is arguably the safest enterprise software bet today. But then you're not getting IBM's spring-loaded valuation discount, or Microsoft's proven winner in the exact cloud market that Oracle hopes to catch a ride on. Trade-offs, trade-offs -- and fewer game-changing risks to deal with.