These five states all share something in common that makes them logical candidates to legalize medical marijuana in the not too distant future.

Welcome to 2016, the year that could wind up being marijuana's most important to date.

Beginning in 1996 marijuana began what would become a monumental and unlikely march from being an unpopular and illegal drug to now being viewed favorably by an ever so slight margin in three national polls (Pew Research, Gallup, and General Social Survey). Following California's medical marijuana approval in 1996 are 22 additional states, as well as Washington, D.C. In fact, earlier this month New York opened the first eight of its 20 planned medical marijuana dispensaries.

But, it's not just medical marijuana that's been cleared for takeoff. Recreational marijuana for purchase by adults ages 21 and up has been approved in Washington, Colorado, Oregon, Alaska, and Washington D.C. since 2012, and up to one dozen states may have recreational marijuana ballot initiatives or referendums in the 2016 elections. The few states that have legalized recreational marijuana appear to be enjoying the fruits of that decision by voters. Tax revenue raised by marijuana is adding extra money into the coffers of the education system, as well as law enforcement budgets and drug addiction education programs.

Five states that may soon legalize medical marijuana
The big hurdle for marijuana continues to be the federal government, which simply doesn't seem to be in any hurry to change its long-standing opinion on the drug. President Obama, while remaining neutral on the issue, has opined that the best way to get Congress to take action is through the continued legalization of marijuana throughout the United States.

While many Americans are looking for state approvals to come from the recreational front in the coming years, I wouldn't discount the idea that we could still see quite a few medical marijuana approvals as well. In fact, I believe five states have a better than 50-50 shot at legalizing medical marijuana sometime in the next one-to-three years. "Which states?" you ask?

Ohio probably comes as no big surprise considering that it tried to pass Issue 3 in the November 2015 elections. Issue 3, had it passed, would have been the first marijuana ballot initiative ever that legalized medical marijuana and recreational marijuana at the same time. Although polls appeared to suggest that Ohioans shared a slightly favorable view of recreational marijuana, the way Issue 3 was drafted doomed it to a decisive failure. The law allowed for only 10 growers within the state, and it protected these growers for years from additional competition. Many residents who voted saw Issue 3 as a way for an oligopoly to establish itself in Ohio's marijuana business, and they wound up voting down the initiative.

Why these five states?
But, what about the other four states? I assure you I didn't just randomly pull five names out of a hat. The aforementioned five states are the only states, according to the National Organization for the Reform of Marijuana Laws (NORML), that have passed laws decriminalizing marijuana, but which haven't legalized marijuana's use for recreational or medical purposes.

In the case of Missouri, its decriminalization law doesn't take effect until Jan. 1, 2017, and in Missouri and North Carolina the possession of marijuana is still considered a misdemeanor offense. The key point of decriminalization is that it keeps smaller possession marijuana offenders out of jail and from tying up the in-state court system.

Decriminalization is also viewed as often a first step before medical and/or recreational marijuana legalization. If states can get a bead on what societal changes to expect (if any) from decriminalization, such as what effects marijuana use could have on crime rates or DUI's, they could, in theory, be more prepared to legalize marijuana for medical or recreational purposes. Does this guarantee that these five states are locks to legalize medical marijuana? Not at all. But, with decriminalization historically being a stepping stone to legalization, I'd view the chances of these states approving medical marijuana in the coming years as better than 50-50.

As a final point, let's not forget that support for medical marijuana is considerably higher than marijuana for recreational purposes. Whereas national polls typically peg marijuana's favorability as fractionally over the 50% mark, independent polls in swing states have regularly shown that medical marijuana favorability ratings are often in the 70% to 85% range. If marijuana is being used as a potential pathway to help people with chronic or terminal illnesses, Americans appear to be very much in favor of its use.

Some of the research being done with the use of marijuana or its cannabinoids has actually been incredibly exciting. GW Pharmaceuticals' Epidiolex, an experimental drug formulated using the cannabinoid cannabinol (also known as CBD), demonstrated remarkable efficacy in phase 2 clinical trials that reduced the frequency of seizures by more than 50% in patients with two rare types of childhood-onset epilepsy. In other studies (not from GW Pharmaceuticals), we've witnessed marijuana offer potential benefits for type 2 diabetics, Alzheimer's disease patients, and even select cancer patients. 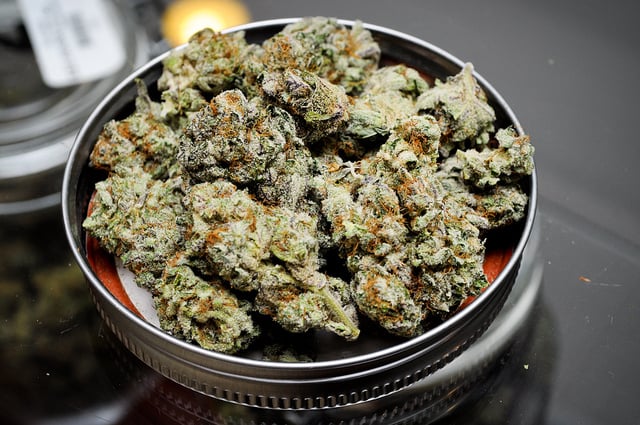 Marijuana's growing acceptance still comes with plenty of obstacles
Even with 2016 looking like a good year in terms of marijuana's state-level expansion, it's likely to be another dud of a year at the federal level. The election year likely means President Obama and the current Congress will choose to distance themselves from marijuana legislation, and as a whole marijuana legislation seems to be taking a backseat to other issues at hand, such as homeland security and the health of the U.S. economy. In short, even though marijuana is expanding at the state level, it looks to remain illegal at the federal level for some time to come – and that's bad news for investors.

Marijuana businesses are already facing an uphill battle of trying to gain legalization at the federal level. Meanwhile, they face unfair taxation relative to normal businesses because they're unable to take normal business deductions, and they typically have minimal access to basic banking services, meaning expanding their business and even paying their employees is challenging. There are a slew of obstacles standing in the way of marijuana businesses succeeding, and many publicly traded companies may not have the financial means to wait out a change in policy from the federal government, should one ever occur.

It's exciting to watch marijuana's influence expand at the state level, but it seems increasingly unlikely that marijuana is going to become the great investment that many traders once hoped it would be.

Should You Buy This Steady Dividend Growth Stock?