Please ensure Javascript is enabled for purposes of website accessibility
Log In Help Join The Motley Fool
Free Article Join Over 1 Million Premium Members And Get More In-Depth Stock Guidance and Research
By James Sullivan - Jan 17, 2016 at 8:09AM

Amazon's Prime growth, its international presence, and the development of its digital personal assistant help make it a compelling investment opportunity.

Amazon.com (AMZN -1.69%) had a record-setting holiday season on a number of fronts. Holiday highlights connected to Prime membership growth, global reach, and progress with its digital assistant, Alexa, are positives for the company and the stock.

Prime is roaring
Prime is the most important part of Amazon's retail business. For $99 a year, a customer receives free two-day shipping on thousands of products as well as other perks, such as streaming video and audio. Prime users are estimated to spend around 140% more per year on the site then their non-Prime counterparts -- $1,500 versus $625. The holiday season is a great opportunity to use the prospect of free shipping to acquire longtime customers, and Amazon did just that.

"More than 3 million customers joined Prime in the third week of December," Amazon noted in a press release,  and Consumer Intelligence Research Partners has estimated that 70% of free trial Prime signups are converted into paying memberships. Even if that number is off, we can likely comfortably assume that Amazon added over 1.5 million new paying Prime members in one week. Using the difference in the average estimated annual spend between Prime members and regular customers, that would lead to over $1.3 billion in added revenue this year alone.

Amazon doesn't break out its Prime figures except to say that the number is growing and there are "tens of millions of members worldwide." Some analysts predict that roughly half of U.S. households will have Prime membership by 2020, and Amazon is also expanding globally.

Amazon is global
Amazon's global reach is impressive. There are 196 countries in the world, and Amazon shipped goods to 185 of them this holiday season. The company is continually expanding its operations to make international delivery more economically feasible, including reportedly looking at leasing a fleet of 767 jets and beefing up fulfillment centers around the globe. 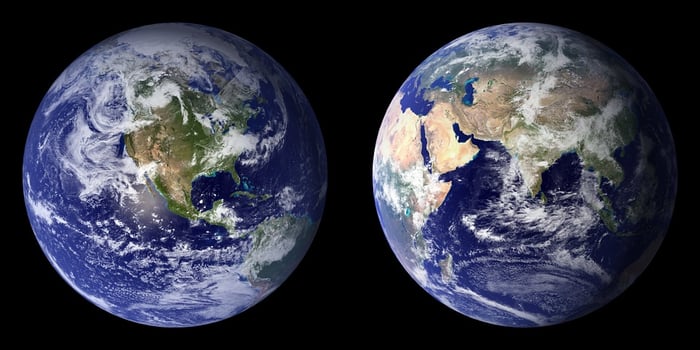 Most of Amazon's revenue come from North America. In Q3 2015, North American net sales were $15 billion, while sales from the rest of the world were $8.27 billion. This 81% difference actually widened from Q3 2014, when the difference between North American and rest-of-world sales was 51.7%. Amazon grew sales year over year in both areas but more significantly in North America.

It's easy to view this as a negative, but that's shortsighted. International sales are growing, but Amazon is doing such a phenomenal job in North America that the international results look paltry in comparison. Amazon already has a presence in nearly every country in the world, and further investment should allow it to gain market share over time.

Of the top 10 e-commerce markets in the world, only two -- The United States (No. 2) and Canada (No. 8) -- are in North America, according to Trellis, which specializes in e-commerce, Magento, and Internet marketing, and looked at eMarketer data. On that list of 10, Amazon is not the top online seller in China, Japan, France, South Korea, Russia, or Brazil. This is an opportunity for Amazon, and one that I expect CEO Jeff Bezos and company to capitalize on over time.

Alexa is coming to town
According to Amazon, its personal assistant, Alexa, the "brains" of its Echo product, was used this holiday season to set 4 million timers, request songs such as White Christmas, and tell Christmas jokes. There is utility to these tasks (cookies were not burned), but Amazon is laying the groundwork for what Alexa will be able to accomplish in the future. 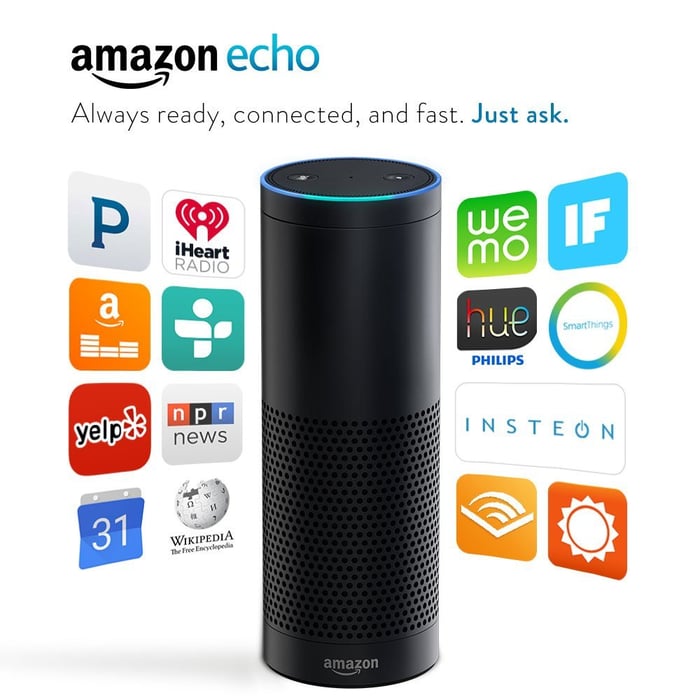 Apple's Siri, Microsoft's Cortana, and Alphabet's Google Now are all competing with Alexa to become the most useful personal assistant in the shortest amount of time. As the software and artificial intelligence improves, these assistants will make most apps unnecessary, and it's important for these tech giants to keep consumers in their ecosystem.

The company that creates the best digital assistant will benefit greatly, as it will become a one-stop shop for consumers who might have used 10 different apps in the past to do things such as buy movie tickets or make a restaurant reservation.

With these fun but not critical requests for timers and Christmas music, Amazon is gathering data, working on voice recognition, and preparing itself for the digital-personal-assistant battle that is yet to come. In the meantime, Amazon is using Alexa to make it easier for customers to buy goods.

Amazon has always tried to reduce friction with online purchases. The more difficult the process is from when a customer decides to buy something to when the customer submits the order, the more likely the customer will never complete the order. Storing account information including credit cards was the first step. One-click ordering, which the company holds a patent on, made ordering even more seamless. An Alexa user, while cleaning the sink and grabbing the last paper towel, need only say, "Alexa, order more paper towels," and the order is processed. Alexa is a powerful tool for Amazon and will become more important in the future.

These are just a few of the exciting takeaways from Amazon's 2015 holiday season. This is a Foolish company with a long-term perspective, great leadership, and a powerful business that's nearly impossible to disrupt. I plan to hold my shares for the very long term.