Please ensure Javascript is enabled for purposes of website accessibility
Log In Help Join The Motley Fool
Free Article Join Over 1 Million Premium Members And Get More In-Depth Stock Guidance and Research
By Rich Duprey - Updated Jun 1, 2018 at 10:53AM

The burger wars are heating up again down at the value end of the menu.

The Big Three burger chains are gearing up to battle for your dollars. Literally. Burger King, McDonald's (MCD -4.38%), and Wendy's (WEN -4.77%) all now have value menus that give customers a choice of bundled items that cost just a dollar or less.

While Wendy's kicked off the penny-pinching last October with its four-for-$4 menu, McDonald's announced soon after that it would make available a two-for-$2 menu that it calls the McPick 2, which rolled out this week. It's not replacing its traditional dollar menu, only supplementing it, and in fact the two menus will even share some items.

Now Restaurant Brands International's (QSR -2.33%) Burger King chain has gone one step further and "broken the buck" by adding a five-for-$4 promotion. But unlike McDonald's, which give customers a choice of menu options, BK's offer is is more like Wendy's in that it bundles together a defined set of items. 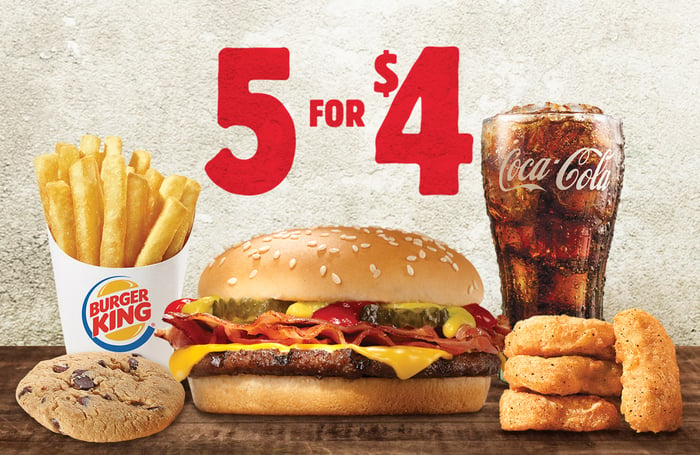 These are smart plays for the burger chains, since, despite McDonald's pretensions notwithstanding, customers go to these fast-food joints for good, tasty food that's cheap, not kale bowls and "artisan" ingredients. Yet their proliferation may ultimately undo any advantages one has over the other. In fact, the real winner may be Sonic (SONC), which continues to record sizable growth in sales and profits while reveling in the decadence of its menu.

In Sonic's fiscal first-quarter earnings report the other day, it said revenues rose 4%, comparable sales were 5% higher, and profits soared 33%. It's able to post such industry leading results with a balanced mix of premium and value menu items and it may be the model BK, McDonald's, and Wendy's end up emulating.

So which burger palace has the best dollar menu deal? Let's break it down.

Although the latest burger wars may come down to whose food tastes better, it appears McDonald's may have the better deal -- for investors.

The dollar menus are in the burger joints' wheelhouse, and while not necessarily loss leaders, they're used by the chains mainly as an enticement to get customers in the door where they'll hopefully be able to upsell them later on with higher margin products such as sodas and side orders.

That's why McDonald's may be the best choice: It is only offering the main meal components and forcing the customers to buy the more profitable soda and fries separately. But it also need to be careful. One time before McDonald's tried to get customers to spend more money by changing its Dollar Menu to the the Dollar Menu & More that gave customers higher priced food items in addition to the familiar dollar ones. It didn't go over well at all.

Similarly, Burger King got sued by its franchisees because it offered a double cheeseburger for $1 that caused them to lose money. 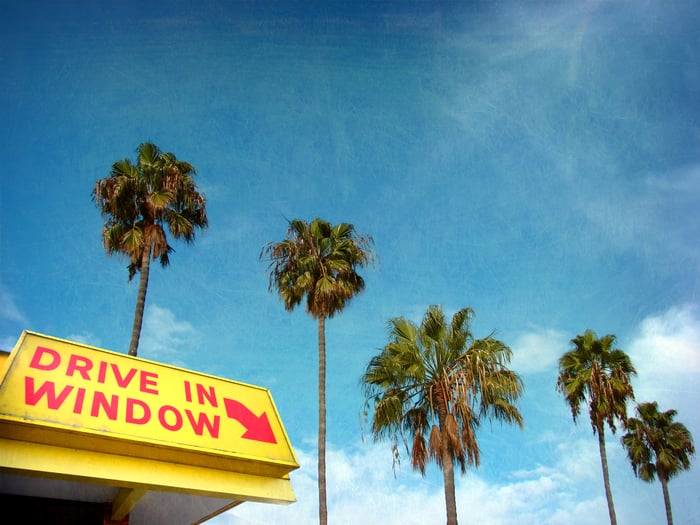 So where Wendy's and Burger King are giving customers a good all-around choice (albeit BK is going one better with a cookie), McDonald's value meal could be the option that proves best for the bottom line, preserving its margins as the burger battles escalate.

Of course these aren't the only plays the burger palaces are making to lure customers in. Burger King, for example, is offering a 10-piece chicken nuggets for just $1.49, and competitors are nibbling at the customers' heels. Yum! Brands (YUM -2.68%) KFC chain is offering a $5 "Fill Up" meal that gives customers an entree, drink, certain side orders, and a dessert for just $5.

There may be no clear winner when the smoke clears, but if you're a junk-food junkie, there may also never be a better time than now to sate your appetite.