Buffett didn't use any magical powers to build his fortune. He used principles that any investor can learn and apply.

Warren Buffett is generally considered to be the greatest investor of all time, with an outstanding record of stock-picking and buying businesses at bargain prices. In fact, Berkshire Hathaway (BRK.A 0.93%) (BRK.B 1.10%) has produced a gain of more than 1,800,000% for its shareholders since 1964. Remarkably, there is no big mystery to Buffett's success -- his massive fortune was built by applying investment principles that anyone can use. Here are three of the biggest reasons for Warren Buffett's success, which you can use when picking your own stocks.

Buffett does the opposite of most investors
A famous Warren Buffett quote is, "Be fearful when others are greedy, and greedy when others are fearful." In other words, when most investors are in panic mode and heading for the exit, that's the time to find good investments trading at a discount. And, when you see signs of unsustainable greed, that's when to get out.

For example, during the savings and loan crisis of the 1980s and 1990s, Buffett recognized that the highest-quality banks weren't in any real danger and invested $290 million in Wells Fargo (NYSE: WFC) in 1989 and 1990. Because of his long-term mentality, this investment turned into one of Buffett's all-time best, as Wells Fargo has produced a total return of more than 5,000% since then. 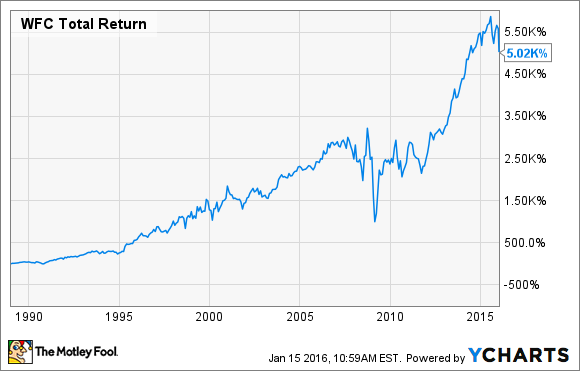 It's important to mention that at the time, there were many banks trading at far cheaper valuations than Wells Fargo. However, Buffett recognized the bank's excellent management and high-quality loan portfolio. In his 1990 letter to shareholders, Buffett wrote, "We have no interest in purchasing shares of a poorly managed bank at a 'cheap' price. Instead, our only interest is in buying into well-managed banks at fair prices."

On the other side, as an example of going against greed, take a look at Buffett's 1988 investment in Freddie Mac at a split-adjusted $4 per share. Within 10 years, shares had spiked to $70, and most investors thought Freddie Mac could do no wrong. However, Buffett realized around 2000 that Freddie Mac's CEO was being a little too greedy -- striving for double-digit annual returns in an industry where that isn't common (mortgages). Buffett correctly realized that this wasn't sustainable and sold his stake in the company. Now in government conservatorship, Freddie Mac trades for less than $1.50 per share today.

Buffett buys businesses, not stocks
Warren Buffett buys stocks because he wants a piece of the companies' business -- not because he hopes the stock price will go up.

Specifically, Buffett looks for a few things when evaluating a business, whether he intends to buy the entire company or just a percentage of the outstanding shares. To name just a few:

If all of these variables look good, a stock's current price shouldn't matter. A great example of this is Buffett's recent acquisition of Precision Castparts, which at first glance looks like a high premium to pay, especially for Buffett. However, he loves the company's financials, the market's high barriers to entry, and its market-leading position. Considering this and all of the other aspects of the company, Buffett believes he got a bargain.

Buffett invests with a margin of safety
Another thing Buffett looks for when evaluating a potential investment is a margin of safety. That is, do shares trade for less than their intrinsic value? The idea here is that by purchasing shares at a significant discount to what they "should" be trading for, there is minimal downside risk since shares could drop and still be fairly priced. Essentially, Warren Buffett tries to buy $1.00 worth of a company for $0.50.

There are many different ways to assess a company's true value, and an obvious way is to look at a company's book value. A book value of more than the current stock price implies that the company could shut down its business, sell off its assets, and shareholders would make a profit. In situations like this, investors are essentially buying the assets at a discount, and any future growth is practically free. A good example of this today is Bank of America, which is trading for just 67% of its book value as of this writing.

In addition to simply looking at asset value, Buffett puts a lot of consideration into aspects of a business that may seem not-so-obvious, such as a strong management team, and the business' competitive advantages. For example, we know that Buffett loves Wells Fargo, which actually trades at a 46% premium to book value. However, he feels that the intrinsic value of the business itself is worth far more than this. Whatever method you use to evaluate stocks, the goal should always be to buy companies for less than you feel they're worth.

Apply these principles to your own portfolio
Applying these principles to your stocks can not only help you pick long-term winners, but can prevent you from losing too much money when times get rough. Now, you may not achieve a multibillion-dollar portfolio like Warren Buffett has, but having a solid strategy like this can produce market-beating returns over long periods of time.