Please ensure Javascript is enabled for purposes of website accessibility
Log In Help Join The Motley Fool
Free Article Join Over 1 Million Premium Members And Get More In-Depth Stock Guidance and Research
By Dan Caplinger - Jan 21, 2016 at 6:01AM

Find out if 2016 will make your financial picture any more certain than it was last year. 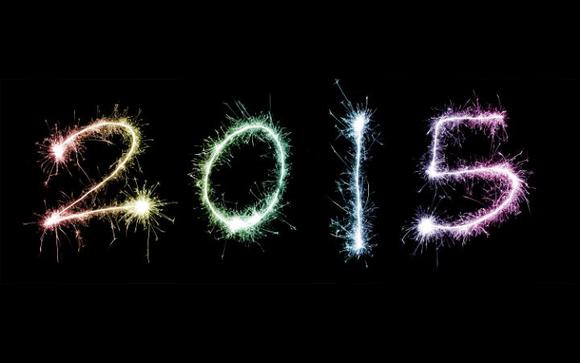 2015 was a tough year for Americans and their money. The stock market became much more volatile and most major market benchmarks ended up going nowhere for the year, providing little, if any, positive return for investors. Pressure from policymakers to try to make income levels more equitable led to increases in minimum wages in many states and higher hourly wages for workers at several big employers, but rampant pay inequality still exists. In particular, three key questions remained unanswered at the end of 2015, leaving us to hope for better guidance in 2016. Let's take a look at them.

1. Did the bull market end?
The stock market didn't have a terribly good performance in 2015. The Dow Jones Industrials (^DJI 0.00%) finished the year down more than 2%, and even after incorporating dividends into the total return, investors ended up with breakeven results at best. The S&P 500 (^GSPC 2.13%) fared slightly better, as the index fell less than 1% and investors eked out a positive total return after accounting for dividends.

Even though the Dow lost ground, the stock market failed to meet the traditional definition for the end of a bull market. Most market analysts would look for an official bear-market pullback of 20% or more in order to conclude that the seven-year-old bull market was truly over and done with. Despite rising volatility and the first 10% correction in years, both the Dow and S&P 500 remain well above bear-market territory.

Yet the attitude among investors is much more bearish than it has been in the past. 2016 has begun on a terrible start, sending the Dow and S&P down about 8% in the first two weeks of the year. Unless investors become persuaded that stocks will recover their lost ground and move higher soon, a deeper decline could well be nearing. If that happens, most investors will look back to the second half of 2015 as the time when the bull market really came to an end.

2. When will the U.S. dollar stop strengthening?
The dollar started spiking higher in 2014, and the greenback's move had a profound impact on earnings for multinational corporations. Investors came into 2015 half-hoping that the dollar's big jump would reverse itself in order to avoid a further hit to profits. Instead, the Dollar Index reached the 100 mark for the first time in more than a decade, and weakness in the euro and in emerging-market currencies highlighted the economic disparities between the U.S. and the rest of the world.

Gains for the dollar have slowed somewhat as the euro and the U.S. currency approach parity. Yet commodity markets have shown no signs of bouncing, and that has kept the currencies of several commodity-dependent nations under pressure. Until natural resources find a bottom, it will be hard for the currency markets to stop the rise in the U.S. dollar, especially given the increasingly weak economic conditions in many former growth hotspots globally.

3. How fast will the Federal Reserve hike interest rates?
The Federal Reserve under Chairwoman Janet Yellen has done its best to maintain transparency and avoid surprises for investors. But after having put an end to quantitative easing at the end of 2014, most people expected to have a better sense by now of how the Fed would move to tighten interest rates.

December's interest rate hike broke the ice and opened the potential for an ongoing series of future moves, but since then, the bearish stock market and poor global economic conditions have made many market participants skeptical that the central bank will move forward with aggressive tightening moves. Inflation hasn't appeared at all, and although unemployment levels have fallen, some still point to high levels of underemployment and low labor-force participation as signs that further stimulation of the economy is necessary.

For now, it appears likely that the Fed will move at least once in 2016 to raise the federal funds rate. Yet with others looking for at least four rate increases, there's still a lot of uncertainty about the central bank's future course.

2015 left several key questions unanswered for investors. With any luck, you'll have a better sense of where you stand by the time 2016 comes to a close.