The card giant's fourth-quarter results included a big charge, but it sees better times ahead. 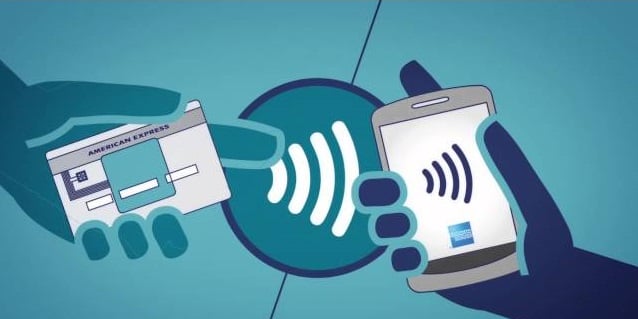 The past year has been a tough one for American Express (AXP 1.75%), and the company has chosen to respond to its substantial share-price declines with aggressive action to cut costs and boost its long-term profit potential. Coming into Thursday's fourth-quarter financial report, investors had hoped that the company would be able to minimize declines on the top and bottom lines.

American Express decided, however, that it was more important to take an earnings hit now in order to pave the way for faster growth in the future, especially given the competitive environment that has helped rival Visa (V 0.12%) retain its leadership in the card-network industry. Let's take a closer look at how American Express did during the quarter, and what could lie ahead for the card giant going forward.

Looking for long-term relief from American Express
American Express' fourth-quarter numbers were ugly at first glance, but were much better when taking extraordinary factors into account. Revenue net of interest expense plunged 8%, to $8.39 billion, but last year's quarter included a $719 million gain from a one-time sale. On an adjusted currency-neutral basis, revenues climbed 4%.

Similarly, net income fell 38%, to $899 million compared to the year-ago quarter, but those figures included a $419 million charge to cover restructuring and impairment costs. Adjusted earnings of $1.23 per share were $0.10 higher than the consensus forecast among investors.

Overall, American Express faced many of the same countervailing factors that have hit the company in past quarters. The strong appreciation in the U.S. dollar has had an adverse impact on revenue and profits for more than a year now. AmEx pointed to higher spending levels among its cardmembers to explain gains in the adjusted revenue figures, and loss provisions declined slightly from year-ago levels. Returns on average equity fell by more than five percentage points, to 24%, and about a third of the drop came from the restructuring charges.

International card services saw a 5% drop in revenue, but the strong dollar cost the segment 11 percentage points of growth, and net income more than doubled for the segment from last year's figure. Global commercial services took a big hit, largely due to the one-time sale in the year-ago quarter. Global network and merchant services posted unchanged net income on a 4% drop in revenue.

American Express took the mixed results in stride. "Our 2015 results and outlook reflect the reset in co-brand economics, the evolving regulatory environment, and intense competition that have been reshaping the payments industry," said CEO Kenneth Chenault. "In large part, AmEx's commitment to improving its results necessitated the strategic move the company plans to take, especially given the growth that Visa and other peers have seen."

Looking forward, American Express gave guidance for 2016 earnings to come in between $5.40 and $5.70 per share. That compares favorably with current consensus forecasts for $5.41 per share in earnings for the year, but the guidance includes what the company called "a substantial benefit" from its planned sale of its co-branding portfolio with Costco Wholesale. The company also gave guidance for 2017 of $5.60 per share, which obviously doesn't foresee substantial growth from 2016 levels despite the expectation that aggressive reductions in expenses will contribute to bottom-line strength.

Traders seemed to downplay the potential positive impact from the restructuring efforts, sending the stock down 2.5% in after-hours trading following the announcement. For long-term investors, finding ways to produce perpetual savings through greater efficiency is exactly the kind of move they want to see, especially if it will help AmEx compete more effectively against Visa in key areas like international cards and global commercial services. Given that the stock currently carries a reasonable valuation, these moves from American Express couldn't come at a better time for those considering the stock more closely.

Dan Caplinger has no position in any stocks mentioned. The Motley Fool owns shares of and recommends Costco Wholesale and Visa. The Motley Fool recommends American Express. Try any of our Foolish newsletter services free for 30 days. We Fools may not all hold the same opinions, but we all believe that considering a diverse range of insights makes us better investors. The Motley Fool has a disclosure policy.