LinkedIn looks like a great name to buy and hold in 2016 -- and beyond. 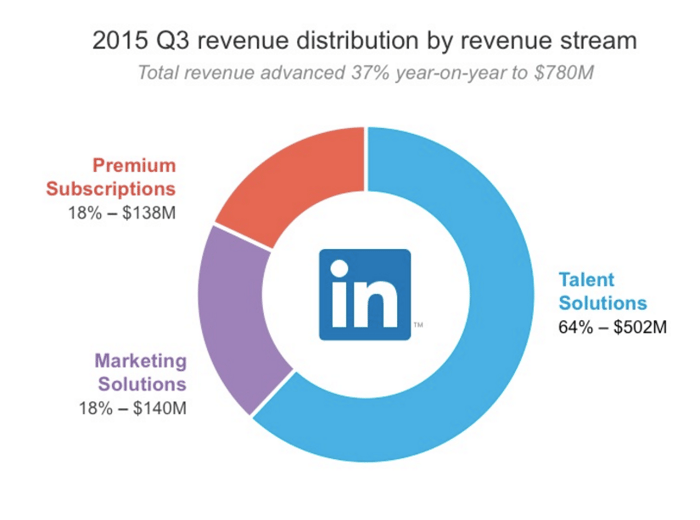 LinkedIn (LNKD.DL) stock delivered a rocky performance last year: Shares of the professional network are down by more than 25% from their highs over the past 12 months. However, the long-term future for LinkedIn looks much more encouraging than the short-term past, and 2016 could be a great year to buy LinkedIn and hold it for years to come.

Both Facebook and Twitter make most of their revenues from online advertising, a promising industry with encouraging potential. However, both companies are well behind Alphabet (GOOG -0.54%) (GOOGL -0.57%), which is the undisputed online advertising king thanks to the enormous popularity of its Google search engine and other tremendously valuable platforms.

Alphabet owns six different products with over 1 billion monthly users: Google Search, Android, Gmail, Google Maps, YouTube, and Chrome. The company is forecast to make over $86 billion in total revenue during 2016, meaning that Facebook is approximately 20% the size of Alphabet in terms of revenue, while Twitter's forecast sales are just 4% the size of Alphabet's revenue.

LinkedIn, on the other hand, makes just 18% of revenue from online advertising. Another 18% of total sales comes from premium subscriptions, meaning users who pay for advanced job search capabilities. Most of LinkedIn's revenue comes from talent solutions -- companies that rely on LinkedIn for their human resources needs -- which brings in 64% of revenue as of the third quarter of 2015.

In addition, LinkedIn recently closed the acquisition of online learning company Lynda.com for $1.5 billion. This looks like a smart move, as it makes the platform more attractive to both job seekers and companies looking for employees. Education is key when it comes to closing the gap between the specific skills a company needs and what potential employees have to offer. This kind of content keeps users actively engaged in the platform, and companies can now look for potential employees who have specific education in a particular area via Lynda.com

LinkedIn is a human resources business as much as a social media platform, and this has important implications for investors. Unlike Facebook or Twitter, LinkedIn does not need to compete against an online advertising juggernaut such as Alphabet to the same degree. LinkedIn is the top player in its main business, and this is a big plus in terms of risk and potential for growth in the coming years.

Firing on all cylinders
LinkedIn is a textbook example of a company benefiting from the network effect, meaning that the platform becomes more valuable as it gains more users. Companies and individual users want to go to a platform offering the most opportunities for business relationships and new jobs, so a bigger platform is also a more valuable one. This provides a self-sustaining virtuous cycle of growth and increased customer value for LinkedIn.

LinkedIn ended the third quarter of 2015 with 396 million members, an increase of 20% versus the same period the previous year, and the company since surpassed the 400 million-member milestone. There were 39,726  companies using LinkedIn's services as of the end of the third quarter, a year-over-year increase of 31%. When it comes to proving its relevance to both individual users and corporations, LinkedIn is well past the inflection point.

Not only is LinkedIn growing at an impressive speed, the company is just getting started in huge emerging markets such as China, and management estimates that the market opportunity for LinkedIn could be worth nearly $115 billion. This indicates that LinkedIn is still has enormous room for expansion.

LinkedIn is aggressively investing for growth, so profit margins are hard to predict in the short term. However, reinvestment should decline as the company gains size over time, so it makes sense to expect rising profit margins in the future. Under such a scenario, investors in LinkedIn should be handsomely rewarded with vigorous sales growth and increasing profitability over time.