Please ensure Javascript is enabled for purposes of website accessibility
Log In Help Join The Motley Fool
Free Article Join Over 1 Million Premium Members And Get More In-Depth Stock Guidance and Research
By Dan Caplinger - Jan 23, 2016 at 7:02AM

The health-insurance company has some competing demands for funds. 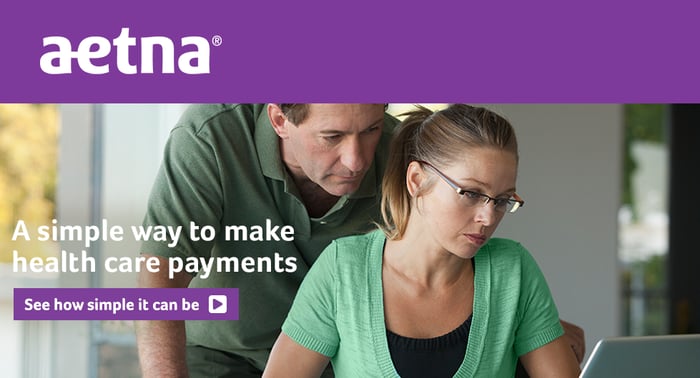 The health insurance industry has changed dramatically in recent years, and Aetna (AET) and its peers have had to adapt to new reforms. For dividend investors, Aetna has never been a cash cow, but the company has done a good job recently in providing regular increases in its quarterly payouts.

Now that Aetna is on track to acquire rival Humana (HUM 2.65%), some investors wonder if dividend growth will come to a halt. Let's look more closely at Aetna to see whether investors should expect a dividend increase in 2016.

The rise of Aetna's dividends
For a long time, Aetna paid nothing but a token dividend payment to ensure that the stock would qualify for inclusion in mutual funds that could only own income-producing investments. From 2001 to 2004, Aetna paid only $0.01 per share on an annual basis, and as recently as 2010, the company paid only $0.04 per share. Aetna wasn't particularly unusual among health insurers, and if you looked at most of its peers, you'd have seen inconsequential dividend payments and minuscule yields.

Yet over the past five years or so, the industry's attitude toward dividends has changed. In response, Aetna implemented a quarterly dividend of $0.15 per share in 2011, multiplying its payout 15-fold. Since then, the company has made increases every year, with the most recent 11% increase coming at the beginning of 2015. The boosts haven't made Aetna's yield particularly attractive, but they've at least brought the health insurer's stock into the realm of modest respectability among dividend investors. 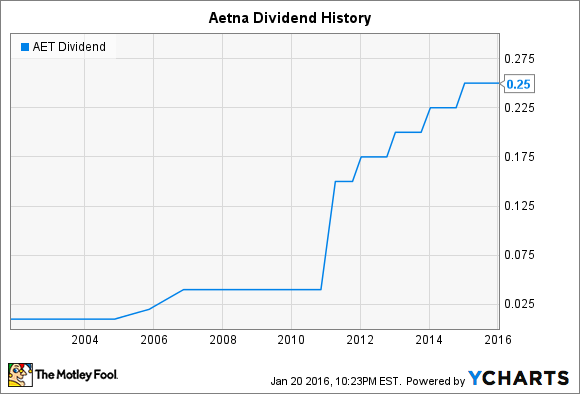 Ordinarily, Aetna would have given shareholders an increase in January, but the acquisition of Humana was likely responsible for changing that tradition. In July, Aetna announced the $37 billion buyout bid, and Humana shareholders were offered $125 in cash plus 0.8375 Aetna shares for every Humana share they owned. The resulting transaction will leave Humana investors with about 26% control of the combined company.

In the announcement, Aetna pledged that it would not increase its $0.25 per-share dividend until after the Humana deal closed. Humana agreed to a similar pledge on its shares to keep its dividend stable, as well. The provisions ensure that Humana shareholders don't have to worry about a large dividend siphoning away the value of the Aetna shares they'll receive in the merger.

Will Aetna boost its dividend later?
After the deal is done, Aetna could be in a position to pay a higher dividend. Yet the massive cash component of the deal could leave the company in a position in which it wants to build up its reserves once again. The company said it would suspend its share repurchase program for about six months after closing, and Humana did the same thing after the initial announcement. That might be enough to meet Aetna's needs, and allow for a dividend increase at some point in the second half of 2016, which is when the two companies expect the deal to be complete.

Aetna expects the merger to have a neutral impact on 2016 operating earnings, and produce growth in 2017 and beyond. Yet it has also committed to reducing its debt-to-capital ratio from an anticipated 46% immediately after closing to 40% within the ensuing 24 months. On that basis, Aetna might delay dividend increases until further into the future, and so investors shouldn't count on a dividend boost this year. Nevertheless, as long as the merger goes the way the two companies expect, Aetna seems likely to make higher payouts in the years to come.