When electric-car maker Tesla Motors (TSLA 0.41%) announces fourth-quarter earnings results next month, investors will undoubtedly home in on the company's guidance for vehicle deliveries, look for updates on the production ramp-up of its Model X SUV, and hope for some clues about the company's Model 3. There are all hot topics for investors watching Tesla stock.

But one less discussed item arguably deserves as much attention as all of these important aspects of Tesla's business: the company's progress in China.

A small but fast-growing start
Barring the company's overhyped launch in China in 2014, which led to excess inventory in the market, business prospects for Tesla in China are looking very promising.

Updates from the company's last two quarterly reports, in particular, suggest the important auto market could soon represent a meaningful portion of Tesla's business. And if growth in the market continues at rapid rates even as sales grow to a larger portion of sales, China could evolve into one of the company's most important drivers for growth over the long haul.

"[I]n Asia, Q2 Model S orders nearly doubled from last quarter, helped by the initial success of our revised China strategy," Tesla said in its second-quarter shareholder letter. "Given this improvement, we are increasing our investments in China by planning to grow this year from one to five retail stores located in high foot traffic areas."

And in Q3, Tesla said its Model S orders in China "increased substantially from Q2, due in part to the opening of two new retail locations." Even more, Tesla provided an update on the company's expectations for the market:

"We expect order growth in China to remain strong with more store openings and the recent policy changes in Beijing and other major cities that allow buyers of Tesla vehicles to bypass license plate restrictions."

Tesla proceeded to rapidly rollout Superchargers and Destination Chargers in the market, and launch new stores. And the company now has 15 stores in the country. 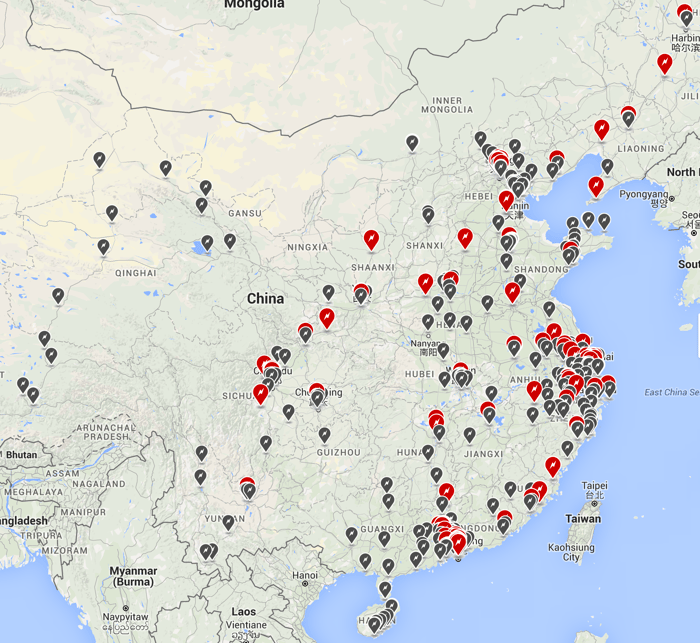 A "cheaper" luxury car
Beyond the country's recently bolstered incentives for electric vehicle purchases, Tesla has another catalyst for vehicle sales in the country. The company has opted to forgo the industry practice of pricing luxury vehicles in China to garner double the profits as these same models would in the U.S. Tesla, on the other hand, has opted to increase its Model S' price only by the amount of taxes, customs duties, and transportation costs.

While Tesla said the pricing decision was "a big risk" because competitors could "try to convince Chinese Consumers that our relatively lower price tag means Model S is a lesser car," there's likely more to this pricing decision that what Tesla let on: It probably also an attempt to drive aggressive, rapid growth in the market.

When Tesla reports fourth-quarter results next month and provides a glimpse into its expectations for 2016, look for comments on the company's progress and expectations for its China market.