The company made a formal request to open its own retail and online stores in the country. 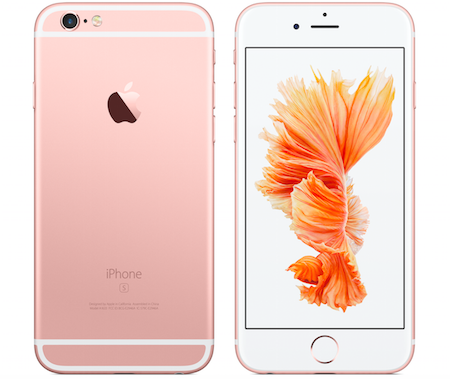 Apple's (AAPL 0.88%) is looking for the next iPhone growth market, and it may have found it in India.

Between 2015 and 2030, the Indian median income per household is set to increase by nearly 90% in real terms, according to Euromonitor International. India's middle class will reach a total of 583 million people by 2025, and its wealthiest citizens will outnumber the entire population of Australia, according to McKinsey.

All of this will spur India's smartphone demand, and next year the country is expected to overtake the U.S. as the world's second largest smartphone market.

Forget the U.S. and China, in other words, India is where it's at.

The iPhone maker is already in India, of course. Apple sells its iPhones through distribution network retailers, but government regulations have kept Apple from setting up its own retail stores or an online store. That's because laws prohibit foreign companies from selling devices directly to consumers, unless 30% of the devices are made from locally sourced materials.

But that restriction is in the process of being changed. Indian regulators started softening the locally sourced requirements in November, and Apple is seizing the moment. This week, the company sent a request to India's Department of Industrial Policy and Promotion essentially asking for permission to open its own retail and online stores.

But even if Apple gets permission to open its own stores, it's no guarantee iPhone sales in India will start rolling in immediately.

India is huge opportunity, eventually
It's easy to view India's economic growth and massive population and start believing Indian consumers will line in droves for the next iPhone. India is still a country very much in transition, and many consumers (probably most) can't afford Apple's devices.

International Data Corporation (IDC) says that in 2018, smartphones will cost an average of $102 in India. That's just slightly less than the iPhone 5S -- currently Apple's cheapest device in the country -- which sells for $355.

Apple's not ignorant of this price gap. The company has already slashed prices by up to 50% on some of its iPhones and offers interest-free loans in India.

But establishing its own presence will be the real key to the company's growth in the county. Apple doesn't even register as one of the top five vendors in India; the market is dominated by Samsung and Micromax, with 19% and 13% market share, respectively.

But Apple is content to slowly build its position in the country. Remember that the company slowly built its presence in China, and it faced pricing issues in that country as well.

The important thing for investors to remember is that Apple won't be an overnight success in India. Investors looking for the next iPhone release (or even the one after that) to take India by storm may be disappointed. We don't yet know when, or if, Apple will receive permission to open its own retail locations in the country. And even if it does, it'll then take time to build a strong presence there.

It's best to think of Apple's India strategy in terms of years, rather than quarters. Over the next decade, India is expected to become an economic powerhouse. And when it does, Apple will be there -- with a shiny new iPhone in hand.

Chris Neiger has no position in any stocks mentioned. The Motley Fool owns shares of and recommends Apple. Try any of our Foolish newsletter services free for 30 days. We Fools may not all hold the same opinions, but we all believe that considering a diverse range of insights makes us better investors. The Motley Fool has a disclosure policy.