Under Armour (NYSE:UAA) has spent the last few years investing heavily into fitness apps and technology. It's getting a boost by incorporating IBM's (NYSE:IBM) Watson supercomputer into its newest fitness and health-tracking app, Record. This partnership should help differentiate Under Armour's app offering from competitors while giving IBM more exposure for one of its signature projects.

Health and fitness apps are important for UA
Connected fitness may be a small part of Under Armour's business right now, but that's changing rapidly.

It accounted for less than 1.2% of the company's total revenue in the latest quarter. But the unit's growth rate is phenomenal, coming in at 221% compared to the year-ago period. At that pace, it isn't hard to appreciate how quickly connected fitness could make up a material share of Under Armour's total revenue and boost the company's top-line growth.

The Baltimore-based company has formed a partnership with HTC to sell fitness trackers, as well. It also sells subscriptions to premium versions of its fitness apps, including MyFitnessPal Premium and MapMyFitness MVP.

Data gathered from its suite of fitness products is valuable, and Under Armour has already begun integrating trackers directly into its clothes. If athletes and consumers can better track their sleep, exercise, and diet habits by wearing Under Armour clothes that sync up with its apps, that becomes a powerful differentiator for the company.

Record overview
Record is the final step for UA to consolidate user data from multiple apps in one useful place. It monitors activity, sleep, workouts, and nutrition by pulling data from fitness trackers, smartwatches, manual entry, and apps both in and out of the Under Armour family.

It improves the functionality of Health Box, which is a $400 connected fitness system sold by Under Armour that includes an activity and heart rate monitoring wrist band, scale, and chest band heart rate monitor. Data from all three sources automatically syncs with the app to help give users a holistic picture of their health and fitness.

Selling hardware can have a material impact on the revenue from the connected fitness segment. Since its founding in 2007 Fitbit (NYSE:FIT) has sold more than 20 million devices, including 11 million in 2014 alone. $400 for two trackers and a wifi enabled scale is a similar price point to buying those three products from Fitbit. 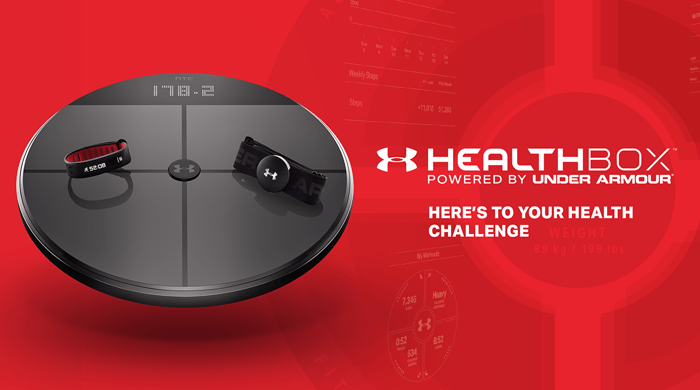 Watson's role
Watson, IBM's supercomputer, is the brains behind Record. It will offer Record features that competitors can't match. According to IBM:

a person can compete and compare against other people that are their same age. A male in his 40s will see that there are 4.5 MILLION other people in the database today -- that are JUST LIKE YOU. The UA Record app will share health and fitness insights comparable to others similar to you, including average weight, average resting heart rate and average steps taken per day. Additional insights could show how long an average workout is, or how long someone like you is sleeping, down to the minute.

Watson will be able to identify behavioral and performance trends, modify fitness routines based on weather and other environmental factors, and most impressively, help with the difficult task of tracking food intake.

"Based on Watson Visual Recognition and Watson Discovery technology, the arduous and manual process of food logging will be replaced with visual recognition of food images for faster and easier food identification," says an IBM press release.

This is a powerful feature for people who are successfully managing the exercise component of their health but have difficulty tracking their diets. Not everyone can have a personal trainer and dietician on call 24/7, but with Watson and Under Armour's "Cognitive Coaching System," that may be about to change.

Watson's insights will initially be available exclusively to UA Record. It's unclear how long this will last, but it gives Under Armour a head start to build out its base of connected fitness users. Every fitness company's trackers can count steps and most can measure heart rate. But only Under Armour's has Watson's brain.

What does IBM get out of it?
IBM has seen revenues drop from nearly $107 billion in 2011 to under $84 billion over the past 12 months, as it tries to move away from hardware toward consulting, cloud services, and Watson. Watson is a big part of IBM's strategy to turn its business around, and this Under Armour partnership helps to make Watson "smarter." "Watson continuously learns, gaining in value and knowledge over time, from previous interactions."

IBM estimates that the market for analyzing Internet of Things (IoT) data will reach $1.7 trillion by 2020. "Watson IoT," along with "Watson" and "Watson Health" are the three areas in which IBM is deploying its Watson technology. The insights from Record should allow it to better analyze IoT data and gain as big a share as possible of the market.

This is a symbiotic relationship where Under Armour can utilize superior technology to make its product better now, and IBM can improve its technology to capture a huge revenue stream in the future. I've been on the fence about starting a position in IBM for the last year or so, but I think Under Armour is a market-beater over the next 5-10 years, and this partnership bodes well for the future of both companies.