Can the embattled chipmaker keep competing against Intel and Nvidia?

AMD (NASDAQ: AMD) reported its fourth quarter earnings on Jan. 19, and the market wasn't impressed. Sales fell 23% annually to $958 million, which narrowly beat estimates by $3.3 million. On the bottom line, AMD reported a non-GAAP net loss of $79 million, or $0.10 per share, which matched expectations. The company earned a net profit of $18 million, or $0.02 per share, in the prior year quarter. 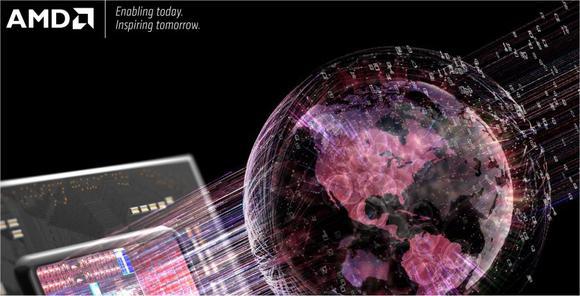 While those numbers didn't miss expectations, AMD's guidance was bleak. For the first quarter, it expects sales to fall about 14% sequentially, missing expectations for a milder 6% decline. AMD blamed that unexpected drop on "game console seasonality and a cautious macro environment in China." Those comments echoed Intel's (INTC -2.05%) similar warning of macro pressures in China and other Asian markets during its fourth quarter conference call.

AMD's stock dropped 8% after the announcement, and the stock is now down 26% for the year. Looking ahead into the rest of 2016, can AMD bounce back, or will its stock fall even further?

Due to those market declines and the weakness of the global PC market, AMD's Computing and Graphics revenue, which accounted for nearly half its top line, fell 29% annually to $470 million last quarter. The business posted an operating loss of $99 million, compared to a loss of $56 million a year earlier.

Instead of competing more aggressively against Intel and Nvidia, AMD has been counting on its EESC (Enterprise, Embedded, and Semi-Custom) unit to offset those losses. That division produces SoCs for gaming consoles, servers, and other embedded devices. Unfortunately, revenue at that unit fell 15% annually to $488 million last quarter, while its operating income plummeted 46% to $59 million. AMD's guidance indicates that growth likely won't bounce back unless console sales accelerate -- which could be tough considering that the PS4 and Xbox One are already over two years old.

The Xbox One is powered by an AMD SoC. Source: Microsoft.

All-in bet on Zen
Looking ahead, AMD's best hope is to play offense against Intel with its new Zen x86 processors, which aren't expected to arrive until the fourth quarter of 2016. AMD's current generation of CPUs, the Bulldozer family of processors, fared poorly against Intel's comparable processors in terms of single-threaded performance. AMD gradually improved the chips' single-threaded performance in several revisions, but it never closed the gap with Intel's comparable chips.

With Zen, AMD will increase single-threaded performance by increasing the number of instructions per cycle (IPC). AMD claims that Zen chips will offer a 40% improvement in IPC compared to the latest Bulldozer revision, Excavator, while supporting simultaneous multi-threading. However, it's unclear how well the 14nm Zen chips will fare against Intel's comparable 14nm Skylake chips, which were launched last September. Intel also plans to update Skylake with the Kaby Lake revision in the second half of 2016, followed by its 10nm Cannonlake chips in 2017. Those big updates could leave Zen in the dust.

Could AMD go bankrupt?
Last year, Kerrisdale Capital Investment boldly claimed that AMD would go bankrupt by 2020. The firm declared that AMD's dependence on the stagnant PC market, where it has repeatedly been marginalized by Intel and Nvidia, would doom the company. The firm notes that AMD has diversified its business into new markets like virtual and augmented reality, but has failed to dominate a single market.

However, AMD likely won't go bankrupt in 2016. The company's cash and equivalents dipped just 2.5% annually to $785 million last quarter, and its total debt only rose 2.3% to $2.26 billion. No new debt should come due until 2019. AMD's non-GAAP free cash flow fell from $94 million a year earlier to $21 million, but at least it remains in positive territory.

While these figures indicate that AMD won't go bust in 2016, they also indicate that it can't spend much money on R&D, marketing, or acquisitions to remain competitive. This lack of firepower could cripple its ability to battle Intel and Nvidia or expand into new markets. Therefore, the real question investors should ask isn't if AMD can survive 2016, but whether it will still be around in 2020.

Leo Sun has no position in any stocks mentioned. The Motley Fool recommends Intel and Nvidia. Try any of our Foolish newsletter services free for 30 days. We Fools may not all hold the same opinions, but we all believe that considering a diverse range of insights makes us better investors. The Motley Fool has a disclosure policy.