Please ensure Javascript is enabled for purposes of website accessibility
Log In Help Join The Motley Fool
Free Article Join Over 1 Million Premium Members And Get More In-Depth Stock Guidance and Research
By Tyler Crowe - Jan 28, 2016 at 9:20AM

The specter of its Porter Ranch gas leak and its delayed MLP spin off could hamper progress for Sempra Energy in 2016.

Typically when we think of utilities companies, you think of slow, steady companies that don't wow you with big returns. One utility that has bucked that trend over the past several years has been Sempra Energy (SRE 0.99%). Its total returns have wildly outpaced the broader utility space thanks to investments outside the typical electricity and gas utility realm. 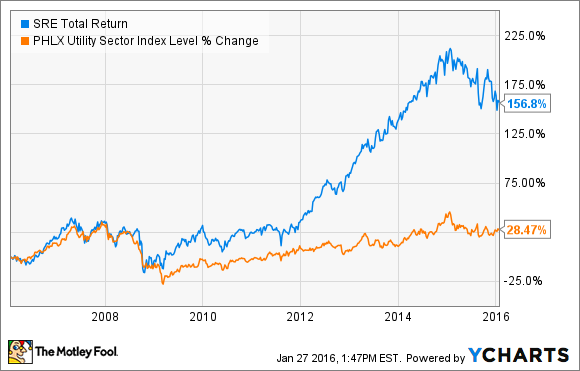 With those non-traditional investments also comes risks that most utilities don't face, and those risks are part of the reason why shares of Sempra are down close to 20% over the past year. First the company had to do an about face and stop the pursuit of a MLP spin off, and Sempra is in some real hot water because of the Porter Ranch methane leak. With both things up in the air right now, will it lead to Sempra's worst year yet?

A change of plans
One of Sempra's largest growth drivers over the next couple years isn't supposed to come from its traditional utilities business. Rather, according to the company's analyst day presentations, the big drivers were going to be in the company's unregulated gas and power segments that contain its investments in pipelines and its Cameron LNG project. 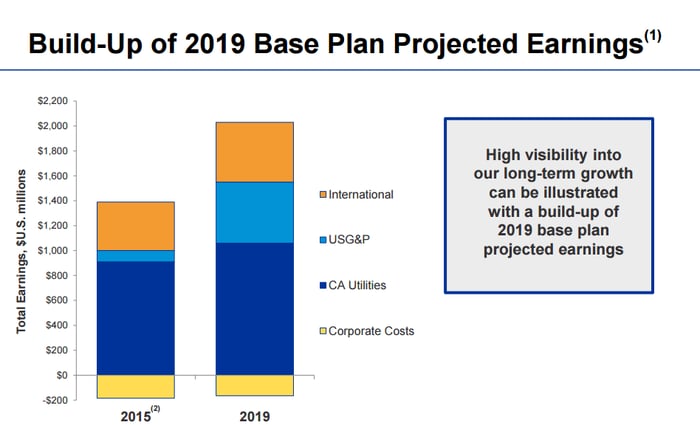 However, much of the growth from those segments was predicated on access to capital. One big way the company was planning to access that capital was by spinning off interests in its Energia Costa Azul natural gas terminal in Mexico, its Cameron LNG facility, and an equity interest in several utility scale solar projects into a master limited partnership, Sempra Partners.

Between the time that Sempra had announced the spin off and it was scheduled to happen, though, investor appetite for master limited partnerships waned significantly. Between the announcement that Sempra Partners would go public in June of 2015 to November when the plan was scuttled, the Alerian MLP Index fell more than 20%. That large market sell-off suggested that Sempra wouldn't get a price on the spin off that would be sufficient enough to fund the development of its projects.

The company had said that it plans to reconsider the plan later this year, but with oil trading at $30 a barrel, investors haven't exactly been flocking back to master limited partnerships as of late. 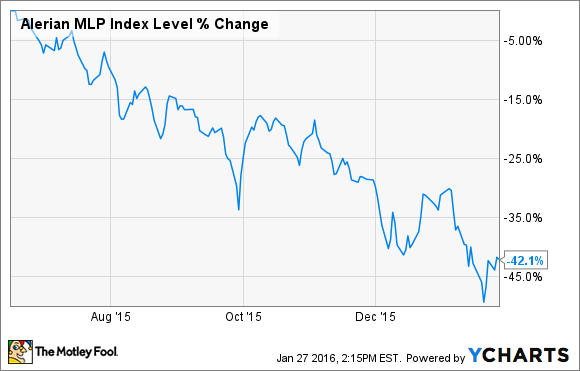 If it takes even longer to get Sempra Partners to market, Sempra Energy may have to put off some of its development spending, and that isn't the kind of thing you want to hear if you are looking to improve on last year's performance

A looming threat
On October 23, a well casing at an underground gas storage reservoir near Porter Ranch, California cracked and started releasing methane and has not yet stopped. The three month long leak has resulted in 13,000 residents from the Porter Ranch area leaving their homes as a result of illness related to the leak.

For a while now, Sempra has been trying to play down the incident and tout that it has been operating the facility that has 115 of these underground gas storage wells on site without incident. As the story develops, though, we're starting to see state regulators bring up accusations of negligence that will likely lead to several lawsuits. Sempra hopes to have the well sealed by the end of February as its currently drilling a relief well that will seal off the faulty well and redirect the gas flow. But by then the company could be facing even more litigation.

What makes this such a threat to Sempra is the fact that we don't really know what could come of this leak and the subsequent lawsuits. While chances are it won't be anywhere close to the impact of the Deepwater Horizon spill back in 2010, it's worth remembering the impact that it had on BP's (BP 1.36%) share price in the immediate term and the litigation costs that it will be paying for close to another 20 years. Shares of BP hadn't even recovered to their pre-2010 levels when oil prices started to decline in the second half of 2014. 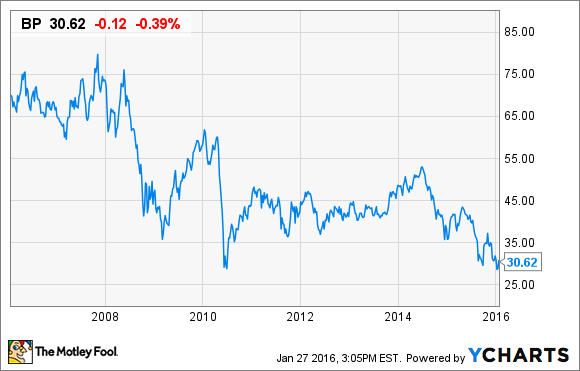 What a Fool believes
Perhaps I'm acting too much like chicken little about this gas leak, but it's hard to imagine that the company will come out of this issue completely unscathed. It won't be a company killer like the BP spill was by any means, but it could definitely lead to some large lawsuits if the company is indeed found negligent in these accusations.

On top of that, there is the problem of not having the cash windfall from the Sempra Partners spin off in 2016 that could be used to fund its LNG and utility scale solar projects. These two issues could weigh heavily on Sempra's stock in 2016 and could lead to a repeat performance of 2015.