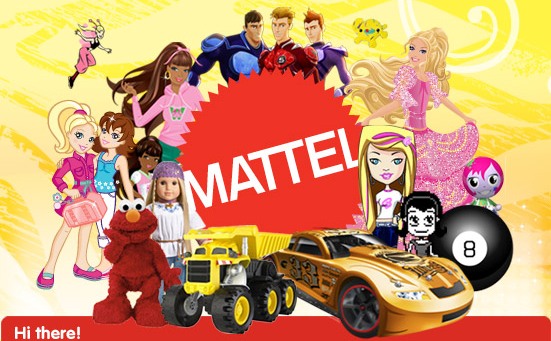 Mattel (MAT 1.60%) reported its fourth-quarter and full-year 2015 results after the market closed on Monday. The toy maker beat analysts' estimates on the top and bottom lines, thanks largely to strength in its wheels category and its Fisher-Price brand.

Shares of Mattel were up nearly 6% at the end of the after-hours trading session on Monday, which bodes well for a strong opening on Tuesday. Its stock has significantly underperformed rival Hasbro's (HAS 2.47%) over the one-year period through the close of regular trading on Monday, returning 13.2% vs. Hasbro's 37.7% (including dividends). Over the five-year period, Mattel's total return has lagged that of Hasbro's and the broader market's, due largely to falling sales for its iconic Barbie doll brand.

2016 brings three new shapes to Barbie -- petite, tall, and curvy. This is the first time in Barbie's 57-year history that shapes other than the original are available. Image source: Mattel.

Barbie sales were solid during the holiday quarter, which helped the world's most famous fashion doll reverse a two-year slide in sales, as previously mentioned. However, I'd hardly call Barbie sales "strong," as some headlines are proclaiming; The Pink One had an easy previous-year comparable since sales have been dwindling for years. Nonetheless, Barbie's results are encouraging for Mattel, which just last week shocked many -- and made the cover of Time -- when it announced that it was rolling out Barbies with three new body shapes. Certainly, the company is eons behind the times, but better late than never.

It remains to be seen whether this quarter's results are a blip or the start of a trend, or whether the more realistic and diverse body shapes will help sales. Barbie sales accounted for 15% of Mattel's total quarterly revenue, so while she isn't carrying the company on her perfectly sculpted shoulders, as she essentially did years ago, she's still integral to Mattel's financial performance. For the full year, Barbie sales were down 10%, or 1% on a constant-currency basis.

What management had to say
Said Mattel CEO Chris Sinclair in the press release:

We achieved our goal of stabilizing the business, with improved gross sales both in the quarter and for the full year. In addition, we drove significant momentum across the majority of our core brands, most of which saw stronger retail sales and shipping, and we continued to make headway in key emerging markets like China and Russia. Overall, we are pleased with our performance at this stage of our turnaround.

Looking ahead
Sinclair, who's been CEO for just a year, and his team have been doing a commendable job turning around Mattel's fortunes. That said, there are some especially tough challenges in 2016. Most notably, the company needs to fill the revenue gap created by the loss of the Disney Princess dolls license to Hasbro this year. Gross sales for this line in 2015 were about $450 million, according to information shared on the conference call, which represented about 8% of Mattel's total revenue.

CFO Kevin Farr provided a general outlook for 2016 on the call. In the first quarter, the company expects sales to be down slightly in constant currency and more so on a reported basis. Despite strength in several of its core brands and some planned new-product launches, Mattel doesn't expect to fully offset the loss of Disney Princess in the first quarter. However, it expects this headwind to moderate in the second half of the year due to the seasonality of its business. Farr stated that more detailed guidance would be released at the upcoming 2016 Toy Fair.

Beth McKenna has no position in any stocks mentioned, though loves a good game. The Motley Fool owns shares of and recommends Hasbro. Try any of our Foolish newsletter services free for 30 days. We Fools may not all hold the same opinions, but we all believe that considering a diverse range of insights makes us better investors. The Motley Fool has a disclosure policy.