The game-maker did far better than the downbeat expectations investors had. 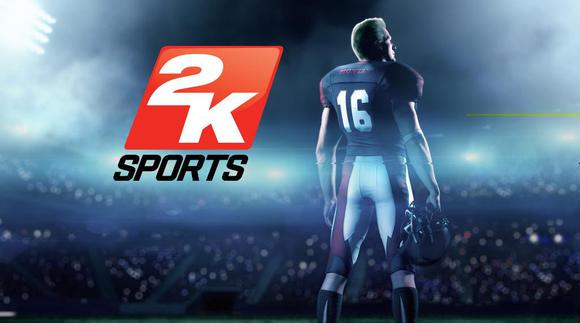 Businesses that have big cyclical ups and downs are tough to gauge, and investors in video game maker Take-Two Interactive Software (TTWO -0.72%) found themselves in that position coming into Wednesday's fiscal third-quarter financial report. This year, Take-Two didn't have the new PlayStation 4 and Xbox One releases of Grand Theft Auto V that it had during the 2014 holiday season, and so many believed that the company would lag behind Electronic Arts (EA -0.71%) and other game-makers. Yet even though Take-Two's results did shrink from last year, they nevertheless crushed the low expectations that investors had for the game-maker. Let's take a closer look at Take-Two's latest results and how it defied negative expectations so effectively.

A close look at the numbers
Take-Two Interactive's fiscal third-quarter results looked ugly compared to last year's performance, but they held up quite well given the different situation the company faced. Revenue plunged by nearly half to $486.8 million on an adjusted basis, showing just how big an impact the year-ago releases from the Grand Theft Auto, Borderlands, and Sid Meier's Civilization franchises had. Even with the drop, though, Take-Two's revenue was $34 million higher than the consensus forecast among investors. Furthermore, even though net income fell by more than half to just $99.7 million, adjusted earnings per share of $0.89 were extremely strong compared to expectations for just $0.50 per share.

Taking a closer look at Take-Two's numbers, the video game company cited existing titles Grand Theft Auto V, NBA 2K16, WWE 2K16, and the Borderlands series as the largest contributors to revenue. Sales from digitally delivered content jumped to $213.6 million, making up 44% of the company's overall revenue. Recurring revenue jumped 45% from a year ago, and Take-Two is now getting almost a quarter of its total revenue from recurring sources, as well as more than half of what it makes from digital-delivered content.

New releases didn't play nearly the same role they did in the year-ago quarter. Instead, content updates for existing games demonstrated the ongoing value proposition to Take-Two customers. In addition, expanding popular games for use on tablets and smartphones was an important event.

Take-Two CEO Strauss Zelnick was ecstatic about the company's performance. "Take-Two enjoyed immense consumer demand for its recent releases and catalog," Zelnick said, "enabling the Company to deliver another quarter of strong revenue, non-GAAP earnings, and cash flow." The CEO also pointed to new record levels of recurring consumer spending as a sign of success for the company's business model.

Can Take-Two go into overdrive?
Take-Two is also excited about its future game releases. As Zelnick said, "we have an extensive development pipeline that positions our Company for revenue growth and margin expansion." He cited the Friday release of XCOM 2 and fiscal 2017 launches for Mafia III and Battleborn that should also generate excitement.

The strong results prompted Take-Two to boost its guidance once again. The company now expects full year fiscal 2016 revenue of between $1.48 billion and $1.52 billion for the year, and it believes that it will see adjusted earnings of $1.65 to $1.75 per share, up from its earlier range of $1 to $1.15 per share. Fourth-quarter guidance for earnings of $0.15 to $0.25 per share on sales of $260 million to $310 million set the bar far higher than investors were expecting.

Nevertheless, Take-Two needs to be prepared for strong competition. Electronic Arts in particular has done a good job grabbing up valuable sports-related titles that go up against many of Take-Two's popular games. Still, there's room enough for both Take-Two and Electronic Arts to divide the spoils of a growing industry, especially as long as console makers remain committed to periodically refreshing their offerings over time.

Take-Two Interactive investors were happy with its performance, sending shares up 8% in after-market trading following the announcement. Even with a big contraction in results, Take-Two has set itself up for a strong future.

Dan Caplinger has no position in any stocks mentioned. The Motley Fool recommends Take-Two Interactive. Try any of our Foolish newsletter services free for 30 days. We Fools may not all hold the same opinions, but we all believe that considering a diverse range of insights makes us better investors. The Motley Fool has a disclosure policy.