How the cable giant managed to end a nine-year trend of net subscriber cancellations.

It has been years since cable companies have, as a group, added subscribers. From huge marketing investments to expensive content and product upgrades, industry giants have tried everything to kill the slow march of customer defections to streaming content providers like Netflix.

Little has worked. This week, Comcast announced that it shed video subscribers in 2015 for its seventh straight year of losses. The cable customer base ticked down to 22.3 million after reaching a peak of 24.2 million in 2008.

Rival Time Warner Cable (NYSE: TWC) thinks, though, that it has found a simple path to returning to solid subscriber growth: Improve the customer experience.

Party like it's 2006
The company just posted its first annual subscriber improvement in nine years as customer additions hit 54,000 in the fourth quarter and 32,000 for the full year. CEO Rob Marcus delighted in breaking that news to investors. "Some quarters are more fun to report on than others," he said in a conference call with analysts, "This one is fun."

Sure, that customer increase is tiny compared to the almost three million subscribers that TWC has lost over the past six years. And the boost was partially a trade-off between subscriber growth and profitability. Gross margin slipped to 35% of sales from 37% a year ago as programming costs rose faster than cable package prices. But it still marks an important turning point for the company.

What Time Warner Cable is doing differently
The management team has what Marcus calls a "single-minded" focus on making customer interactions with the company less painful. This includes goals like solving a subscriber's tech issue without the need for a support phone call or a home visit from a cable technician. Time Warner has a new app that helps users troubleshoot and diagnose issues and start up a chat with support staff, if needed. 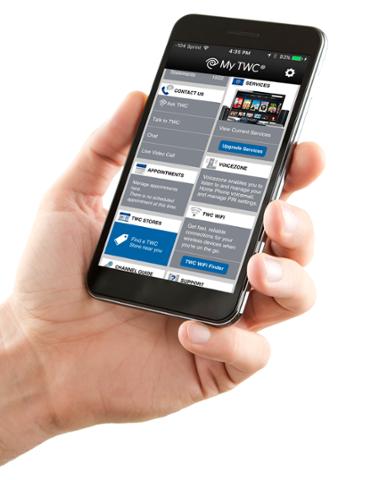 Thanks to investments like these, customer care calls were down 13% last quarter and required tech visits fell 19%. Meanwhile, when a technician did have to make a home visit, the company made it a point to stick to its promised one-hour appointment -- 98% of the time.

In that context, it's not hard to see why Time Warner's cancellation rate is headed sharply lower as customer satisfaction scores rise. It turns out that your customers tend to stick around longer when you make it easy for them to do business with you.

Netflix is a great example as it has one of the simplest, most flexible cancellation policies around. Ending your streaming service requires just two clicks on its website, after which all of your membership data is saved for 10 months in case you want to restart your account.

Can Time Warner return to strong growth?
Time Warner Cable isn't going to see Netflix-level customer satisfaction scores anytime soon, partly because of the dramatically higher costs involved. The company's average user pays $107 per month once you factor in the price for services and equipment fees. By comparison, Netflix's $9 price point sounds like a fantastic deal.

But the cable giant is convinced that it has found the key to sustaining its positive subscriber momentum, so management plans to double down on customer service investments in 2016. "We've set new, even more ambitious targets for network reliability, repair call, and truck roll reduction, on-time arrival, and first call resolution," Marcus said. "[And] we'll continue to enhance our products ... because our opportunity there remains enormous."