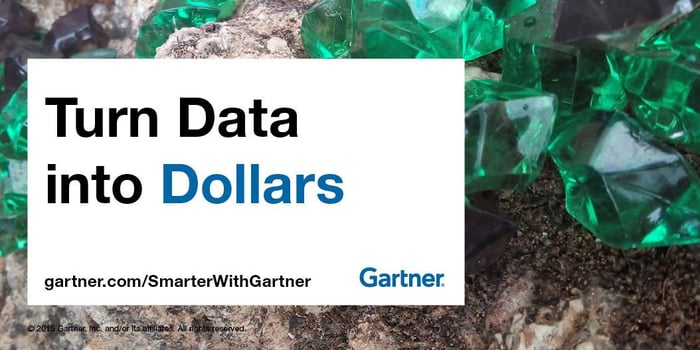 Business segment results
Drilling down into Gartner's individual business segments, we see that research revenue rose 13% (18% on a constant-currency basis) to $420.5 million. Gross margin declined to 68% from 69% in Q4 2014. Contract value was $1.761 billion at Dec. 31, 2015, an increase of 10% (14% on a constant-currency basis). Client retention and wallet retention (retention times revenue per customer) each declined about 1 percentage point to 84% and 105%, respectively, compared to the year-ago quarter.

Consulting revenue remained flat at $87.9 million, but increased 5% on a currency-neutral basis. Consulting segment gross contribution margin declined to 30% from 32% in Q4 2014, and utilization fell to 67% compared to 72% in the prior-year period. Gartner did, however, grow both its consultant force and backlog during the fourth quarter, with its billable head count and backlog rising to 606 and $117.7 million, respectively, as of Dec. 31, 2015, compared to 535 and $102.6 million at the end of the fourth quarter of 2014.

Revenue for Gartner's event business was $135.3 million, representing a year-over-year increase of 11% (17% on a constant-currency basis.) Gross contribution margin for the events segment climbed to 57%, up from 56% in the prior-year quarter.

Looking forward
Management provided its preliminary financial outlook for 2016, including:

Why Gartner Stock Jumped 18% in May