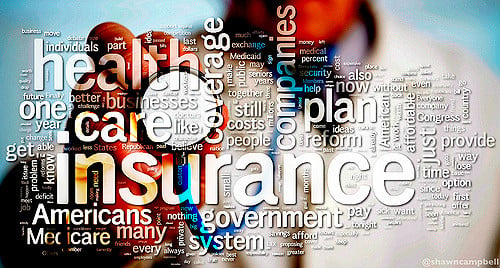 Americans are heading to the polls this November to elect a new president, and with a still-crowded field of presidential hopefuls, we've recently witnessed some of the leading candidates unveiling the bullet points of their positions on key issues, including Social Security and the state of healthcare in general.

One of the front-runners, Ted Cruz, a Senator from Texas vying for the Republican nomination, has bold plans for repealing and replacing what could arguably be described as current President Barack Obama's most important accomplishment while in the Oval Office: the passage of the Patient Protection and Affordable Care Act (better known as Obamacare).

Like any major healthcare reform, Obamacare has had its ups and downs. On one hand, Medicaid expansion in 31 states and enrollment via transparent marketplace exchanges in all 50 states have contributed to more than 23 million gaining health insurance since the law was fully implemented on Jan. 1, 2014. This includes some 13.5 million Medicaid enrollees as of Oct. 2015 and around 9.9 million paying individual marketplace members as of the end of June 2015, according to the most recent figures from the Centers for Medicare and Medicaid Services.

On the flip side, a lack of universal Medicaid expansion -- the Supreme Court ruled by a vote of 7-2 that states could choose whether to participate -- has left millions without access to affordable healthcare, big insurers are threatening to pull out of Obamacare's marketplace exchanges due to losses (and a lack of risk corridor funding), and premium prices are rising at a faster pace than they have in about a decade.

Ted Cruz's three-point plan
Cruz has apparently seen enough. During the Fox News GOP debate prior to the Iowa caucuses last week, he outlined his plan to completely "repeal every word of Obamacare" and implement a three-point plan that he believes would promote interactions between patients and their doctors without the government playing the role of middleman. Let's briefly examine Cruz's plan and take a look at some of the positives and negatives that could arise.

The allure of Cruz's plan is pretty simple: competition. If consumers have access to more plans and they can compare those plans across state lines in a very transparent manner, we should see insurers competing with each other on premium cost in order to lure in customers. It would, in theory, remove some of the issues we see with exorbitantly high premiums in Alaska and Wyoming, two sparsely populated states.

The primary concern with a national healthcare marketplace is that it may not be feasible for health-benefit providers. There are reasons why premiums in Alaska, Wyoming, and other states cost more -- namely their lack of broad-spectrum medical access. Because certain states are less densely populated, it might not be economically feasible for hospitals to invest in certain state-of-the-art equipment, causing patients to have to drive or fly elsewhere for treatment. Chances are, you could go anywhere in densely populated Southern California and get the latest treatments medicine has to offer, but if you live in the middle of Wyoming, that may not be true. It's unclear how insurers would rectify this pricing difference if a national marketplace were instituted.

An HSA is a tax-advantaged medical savings account for persons covered by high-deductible health plans. There are four huge advantages to an HSA: (1) The money contributed to an HSA is pretax, meaning the federal government can't touch it so it reduces your current-year tax liability; (2) you can earn interest on the money in your HSA and not pay any tax on the interest earned; (3) you can make tax-free withdrawals from your HSA to pay for qualified medical expenses; and (4) you can roll over what's remaining from one year to the next with an HSA, unlike a flexible spending account, which is more or less a use-it-or-lose-it health plan from one year to the next.

Despite their many advantages, HSAs also have disadvantages. For example, if you aren't enrolled in a high-deductible health plan, you're not eligible for an HSA. Even with the tax benefits of an HSA, the high deductibles of some plans could be burdensome for some consumers to pay. Fees are another issue. Some HSAs charge monthly maintenance fees or transaction fees that can eat into your medical nest egg. Lastly, the penalty for using HSA funds for a non-qualified expense before the age of 65 is huge. Not only will you owe taxes for an unqualified expense, but you'll pay a 20% penalty to boot.

If this point sounds familiar, it's because Democratic presidential hopeful Bernie Sanders echoed the same mantra when he unveiled "Medicare for All." One of the biggest points of "Medicare for All" is that insurance shouldn't be linked solely to a person's place of employment. The obvious benefit of doing this (per Cruz and Sanders) would be the removal of the stress tied to staying at a job you're not happy with, or unable to perform.

The downside? For decades, employee-sponsored healthcare has been the norm, but it's also been quite successful at keeping healthcare costs down. Big businesses negotiating on behalf of tens of thousands of employees can be very effective at driving down insurer premiums for their employees.

Additionally, it's possible employees could actually see their wages fall if healthcare is de-linked from the workplace. As it stands now, healthcare costs are something akin to intangible compensation for workers. You might think that de-linking healthcare from the workplace might result in wage hikes since employers would no longer be on the hook for covering their employees. However, it's possible some form of health tax could be imposed on corporations (similar to what Sanders has outlined) that could cause them to pass along higher costs to consumers and/or lower wages to employees. To be clear, Cruz hasn't said he would do this, but he didn't exactly lay out specifics of how he'd de-link the two, either.

Would this work?
The big question, of course, is whether Cruz's Obamacare repeal will work. The unfortunate answer is we just don't know yet, primarily because Cruz hasn't laid out the specifics of de-linking or how expansive he would make HSAs. When we have this plan laid out in better detail, we should be able to make a solid argument for one side or the other.

But what I can say is this: Cruz's plan to expand HSAs is the selling point here. Expanding HSAs seems like a smart maneuver, with healthcare costs rising and seniors likely to need as much of a boost as possible come retirement. HSA contribution limits for an individual or a family currently stand at $3,350 and $6,750, respectively, for 2016. Cruz's best bet might be to up these contribution limits substantially, while also moving the catch-up contribution higher than $1,000 for HSA participants ages 55 and up. This "IRA for your health" is really the exciting component of Cruz's plan, and I'd suggest closely monitoring the Cruz campaign for more details on his plans for healthcare reform, especially as it relates to HSAs.