Apple may finally be ready to unveil the successor to its iPad Air 2.

Ever since rumors began to spread that Apple (AAPL -1.96%) was planning a big product launch event in March, it seemed likely that an updated 9.7-inch iPad would be one of the new products being announced.

In the past couple of weeks, more details have emerged about Apple's plans. It does appear that a new 9.7-inch iPad -- presumably called the iPad Air 3 -- will be unveiled next month. This event could catalyze a rapid return to sales growth for the iPad product line.

Details of Apple's March event roll in
Earlier this week, Mark Gurman of 9to5Mac reported that Apple has tentatively set March 15 as the date for its upcoming product launch event. Apple is expected to launch several new bands and improved software for the Apple Watch, an updated 4-inch iPhone (called the iPhone 5se), and the iPad Air 3.

The new iPad is likely to bring Apple's 9.7-inch tablet up to the standard the iPad Pro set last fall. In addition to the usual hardware updates like a faster processor, this could potentially entail making keyboard and stylus accessories compatible with the iPad Air 3. Apple may also include an LED flash for the rear camera to enable better low-light photography, according to Gurman.

There's nothing revolutionary about these updates. However, together they represent a solid step forward from the aging iPad Air 2, and they add capabilities that could draw in new customers and persuade people using older models to upgrade.

Why the iPad launch is important
Just a few years ago, the iPad was one of Apple's key growth drivers. Yet for the past two years, iPad sales declines have become the norm, representing a huge drag on Apple's growth. Last quarter, Apple sold 16.1 million iPads, down from 26.0 million two years earlier, This drop translates to nearly $4.4 billion of lost revenue over the past two years -- just for Apple's first fiscal quarter.

As a result, the iPad Air 3 is arguably the most important piece of Apple's spring product launch plans. Getting iPad sales growing again would have a meaningful impact on Apple's overall revenue growth.

There is a decent chance that the iPad Air 3 will catalyze a significant iPad replacement cycle. The first four iPad generations together continue to represent 40% of all iPad usage, implying a user base of up to 100 million people. Most of these devices are three to five years old, making them ripe for replacement, assuming that the iPad will follow a laptop-like replacement cycle. 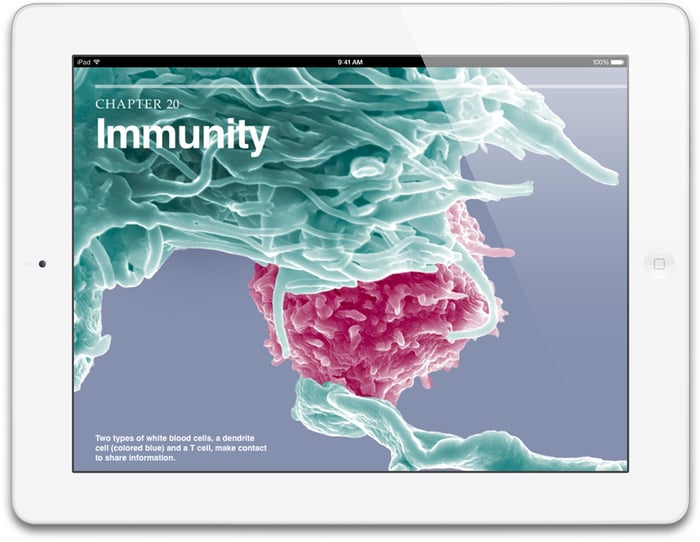 Older iPads still represent a high proportion of the installed base. Photo: Apple.

To look at things a different way, the last time Apple released a new iPad in March was 2012. In the following quarter, Apple sold 17.0 million iPads, bringing in $9.2 billion of revenue. By contrast, in the same quarter last year, Apple sold 10.9 million iPads, generating revenue of $4.5 billion.

It's unlikely that Apple will recover all of that lost iPad sales volume in one fell swoop. Still, having the first new 9.7-inch iPad since 2014 available this spring should drive a return to growth for the iPad product line in the third fiscal quarter.

Cannibalization or slow upgrade cycle?
In its recent quarterly SEC filing, Apple aptly summed up the two key "theories" for why iPad sales have been declining lately: "The company believes the decline in iPad sales is due in part to a longer repurchase cycle for iPads and some level of cannibalization from the company's other products,"

These two explanations have vastly different implications for Apple's future iPad sales trajectory. If the problem is cannibalization from large-screen phones such as the iPhone 6 Plus and thinner laptops such as the new MacBook, then iPad demand may never bounce back to the highs of a few years ago.

On the other hand, if the problem is a long replacement cycle, it implies that a strong wave of upgrade demand is coming -- eventually. The launch of the iPad Air 3 this spring could be the catalyst for unleashing some of that demand.

Adam Levine-Weinberg is long January 2017 $85 calls on Apple. The Motley Fool owns shares of and recommends Apple. We Fools may not all hold the same opinions, but we all believe that considering a diverse range of insights makes us better investors. The Motley Fool has a disclosure policy.