Did the social network make the right call by shuttering Parse?

Facebook (META -1.64%) recently announced that it would shutter Parse, its app development platform, in Jan. 2017. This was a surprising move, since Facebook had repeatedly promoted Parse after acquiring the platform for $85 million in 2013.

Parse was expected to challenge cloud giants like Amazon (AMZN -2.49%), Microsoft (MSFT -1.32%), and Alphabet's (GOOG -2.57%) (GOOGL -2.45%) Google in the mobile BaaS (backend as a service) market. BaaS platforms add user authentication, push notifications, social media integration, location data, data analytics, and other services to any app. Since Facebook acquired Parse, the number of its hosted apps soared from 60,000 to 600,000.

By shutting down Parse, Facebook will lose a way to profit from apps for mobile devices and the Internet of Things (IoT), which connects wearables, smart appliances, cars, and other objects to the cloud. Let's take a closer look at why Facebook will kill Parse, and whether or not it's the right call.

What Parse meant to Facebook
Facebook lacks a dedicated app ecosystem, but it found clever ways to profit from iOS and Android apps without actually owning an app store. It let developers add Facebook sharing functions to any app with Open Graph, offered app install ads on its News Feed, and extended its display ads into apps with the Audience Network. Parse enabled Facebook to sell useful backend features to those same developers.

Facebook bundled these services into all-in-one packages for ads, authentication, social media integration, and analytics. The more developers that subscribe to these services, the more apps Facebook can tether to its ecosystem. The data from those users, which is integrated with their linked social media profiles, can help make Facebook's targeted ads more effective than Google's.

Last March, Facebook launched Parse for IoT, which extended the BaaS platform to connected objects with new SDKs (software development kits). By September, Facebook announced that Parse was being used in farm-to-table growing systems, wireless Hi-Fi audio systems, smart light bulbs, a smart BBQ smoker, and a connected car. The expansion of Parse in the IoT market meant that Facebook could eventually mine even more data from users' connected devices to refine its online ads. 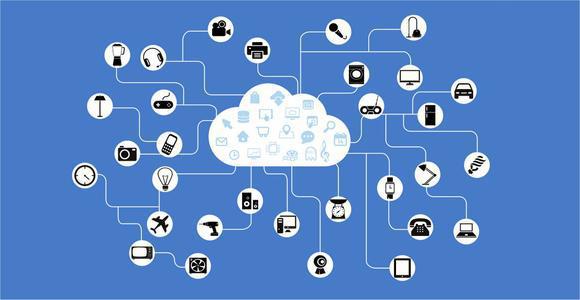 The Internet of Things. Source: Pixabay.

The Goliaths crush David
Despite Parse's ten-fold jump in users over the past three years, it couldn't grow big enough to challenge bigger players like Amazon, Microsoft, and Google.

Microsoft's Azure, which has many features similar to those offered by AWS, is in second place in the cloud platform race. Microsoft doesn't disclose how much revenue Azure generates, but Forrester Research estimated that the platform had an annual run rate of $1.6 billion last October. The firm estimates that Google's comparable Compute Engine trails far behind AWS and Azure, with an annual run rate of about $300 million.

Why Facebook made the right call
As these main players grow bigger, Parse will likely get lost in the shuffle. To save Parse, Facebook would need to spend more heavily on R&D to match AWS or Azure's top features. It would also need to slash prices to remain competitive. Both moves would weigh down its bottom line. Raising its expenses to serve 600,000 developers doesn't make sense when it can use that money to develop new ad products for its 1.59 billion monthly active users instead.

Facebook also needs to streamline its business and focus on its most promising bets. For example, neither Facebook's $2 billion purchase of Oculus VR or its $22 billion purchase of WhatsApp has generated meaningful revenue yet. However, the Oculus Rift headset could reach a lot of users this year, and WhatsApp has a billion users to be monetized. Facebook is also turning Messenger into a monolithic platform and expanding its ecosystem to reach the enterprise market. Spending money on these promising efforts would be more sensible than propping up Parse.

The key takeaway
Facebook has abandoned the BaaS market by killing Parse, but it doesn't mean that the company will stop growing an ecosystem across mobile apps and IoT devices. Single sign-ons can still tether mobile apps and companion apps for IoT devices to Facebook's ecosystem, which will still funnel data back to the social network. Looking ahead, Facebook simply realized that it didn't need to spend more money to control the whole developer platform.