Chipzilla looks to pull ahead of Big Blue in this key technological area and it likely won't be looking back.

There has been a lot of hype about IBM's (IBM 0.79%) renewed efforts to attack the market for server processors with its OpenPOWER initiative. Interestingly, a while back, I read a column from Seeking Alpha's Mark Hibben that argued that in 2016 IBM might be able to "catch up" to Intel (INTC 1.69%) in terms of chip manufacturing technology for its server processors as it migrates to its own 14-nanometer technology.

It would appear, however, that IBM will not do this migration from 22-nanometer (on which its current POWER8 processors are built) in 2016 and will instead not do so until 2017. If anything, it would appear that IBM will fall further behind Intel in terms of chip manufacturing technology in server chips.

Intel already outgunned IBM at 22-nanometer without a "process lead"
Interestingly, both IBM and Intel have been shipping 22-nanometer products in the marketplace, so on the surface it would appear that there is no real gap between the two in terms of manufacturing technology.

Back in November, however, Hibben argued that because Intel implemented the FinFET transistor structure in its 22-nanometer manufacturing technology while IBM hadn't, Intel still had a chip manufacturing edge. 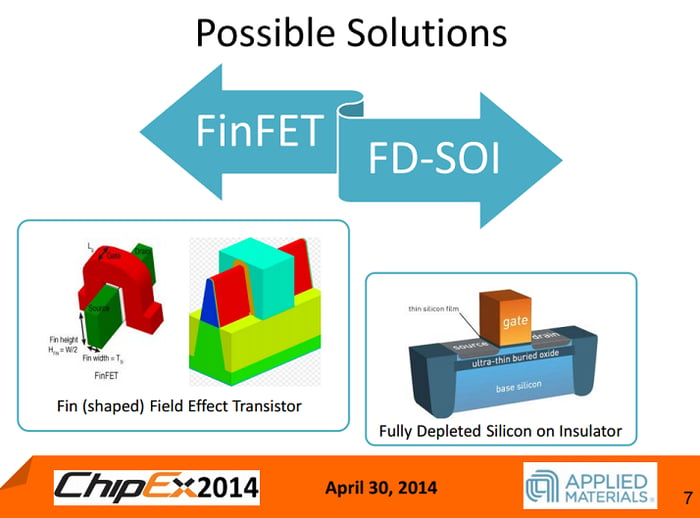 I would argue at the 22-nanometer generation, both IBM and Intel were effectively at "process parity." This suggests, then, that Intel "won" that particular battle on chip architecture/design and other business factors rather than necessarily chip manufacturing technology.

At any rate, it would appear to me that Intel should be able to gain a manufacturing edge over IBM in server processors and sustain it from here on out.

Don't fret too much about the IBM "threat"
There are many server processor vendors trying to get a piece of Intel's very lucrative data center business, including IBM. Although IBM has been increasingly vocal about its efforts, I continue to believe that Intel will be able to successfully defend itself against any potential incursions from IBM.