The cybersecurity leader has failed to protect its investors in recent months. 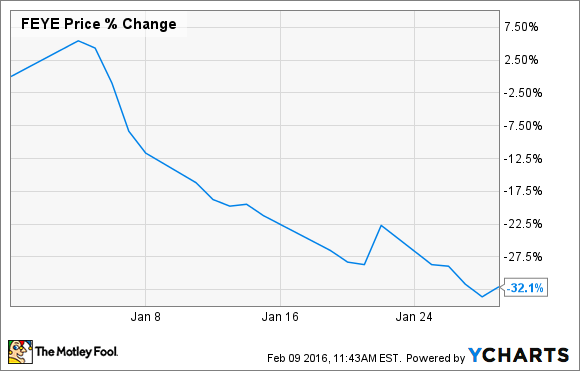 So what: FireEye's January swoon is part of a larger six-month decline, during which the company's stock has lost more than 70% of its value. 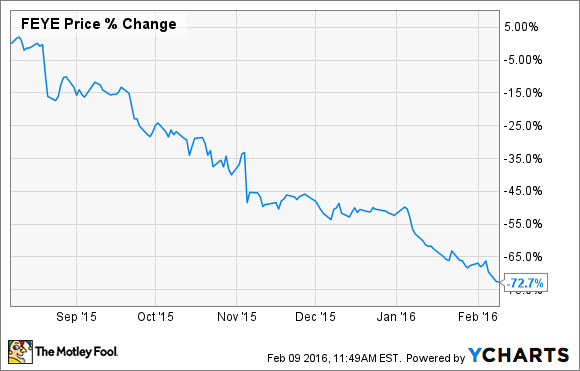 Slowing billings growth -- an important measure of future revenue -- led to shares getting crushed after FireEye released its third-quarter results in early November. Third-quarter billings of $210.6 million missed the company's own guidance range of $225 million to $230 million. Worse still, management slashed its full-year 2015 billings guidance to $780 million to $800 million, down from its previous forecast of $840 million to $850 million.

That appears to have stoked investors' fears regarding whether FireEye can continue to successfully compete against its larger rivals. Palo Alto Networks (PANW 2.90%) is a particularly worrisome threat, as the company offers a more integrated suite of cybersecurity services centered on its best-in-class firewall technology. In addition, Palo Alto Networks is working to improve its offerings via acquisitions, such as its 2014 purchase of cyber-threat-detection company Cyvera.

FireEye is taking aggressive action to meet this threat, as it too is using acquisitions to bolster its cybersecurity abilities. In fact, FireEye acquired cyber intelligence leader iSIGHT Partners in January, and just days ago announced a deal to acquire Invotas International, a leading provider of security automation technology. Investors so far appear unimpressed with these moves, but they should help to strengthen FireEye's competitive positioning.

Now what: The downturn has continued into February, with FireEye's shares losing nearly 20% of their value so far this month. 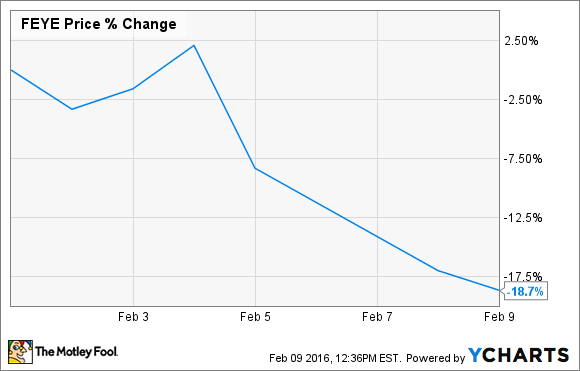 Whether this vicious decline continues will surely be affected by FireEye's upcoming fourth-quarter earnings release and conference call, which are scheduled to take place after the market close on Feb. 11. Investors will be eager to hear more from management regarding its full year 2016 outlook for billings growth and other key performance metrics.