Please ensure Javascript is enabled for purposes of website accessibility
Log In Help Join The Motley Fool
Free Article Join Over 1 Million Premium Members And Get More In-Depth Stock Guidance and Research
By Sean Williams - Feb 11, 2016 at 10:41AM

The emergence of biosimilars leads to a shocking FDA panel decision that I guarantee you've never seen before.

In their own way, each Food and Drug Administration panel review and every meeting by the FDA (known as a PDUFA date) to decide whether to approve an experimental therapy is game-changing in its own right. However, this week we saw something special, something we'd never seen before.

A trip down memory lane
We'll get to this game-changing panel decision in a moment, but, first, let's rewind the clock a bit.

On March 31, 2014, South Korea-based Celltrion filed a patent lawsuit against Janssen Biotech, a subsidiary of Johnson & Johnson (JNJ -0.56%), which alleged that Johnson & Johnson's remaining patents for anti-inflammatory Remicade were invalid and unenforceable. Why would Celltrion make this move? It had developed a biosimilar -- a product derived from living organisms that performs very similarly to a branded therapy -- to Remicade, known as Remsima, and Celltrion wanted to bring its biosimilar to market.

For its part, Johnson & Johnson has vigorously defended its intellectual property against Celltrion and, based on its available patents, J&J believes Remicade should be protected from generic and biosimilar entrants until 2018. For added context, Remicade accounted for $6.56 billion in sales for J&J in 2015, or nearly 10% of the $70 billion in reported revenue. This is an important cash flow stream for Johnson & Johnson, and it has every intention of extending Remicade as a cash cow.

A potentially game-changing decision
The reason this background is important relates to a decision released by the FDA's panel on Tuesday tied to Celltrion's biosimilar version of Remicade. By a vote of 21-to-3, FDA panel members demonstrated their favorability for regulatory approval of Celltrion's biosimilar. It's worth noting that a favorable vote by the FDA panel does not mean the FDA is required to follow its suggestion, but it often does.

Now here's the catch: This wasn't a vote on whether a biosimilar version of Remicade should be approved for one or two therapeutic indications, such as arthritis and ankylosing spondylitis. Celltrion argued, using the tactic of extrapolation, that if its biologic therapy showed similar efficacy as Remicade in two of the indications that Remicade is approved for, then it would likely demonstrate similar efficacy in all seven indications that Remicade is currently approved for. Thus, the FDA panel's 21-3 vote was to approve Celltrion's biologic in all seven indications, despite showing efficacy in only two!

Can we say game-changing?

Of course, this isn't a decision that will only affect Celltrion and J&J. Some of the world's largest drugmakers are set to defend their blockbuster therapies against the entrance of biosimilars in the coming years, and, ironically, many of these giants also have biosimilar programs of their own.

Take Amgen (AMGN -0.40%) as a good example. Amgen has nine biosimilars in various stages of development within its pipeline, including ABP 501, a biosimilar for Humira that's currently undergoing global regulatory reviews. Humira is AbbVie's (ABBV -0.05%) top-selling anti-inflammatory drug, bringing in $14 billion in sales last year. It's the first branded therapy to ever hit $14 billion in sales in a single year. According to AbbVie, Humira's patents shouldn't begin expiring until 2022. However, Amgen could wind up with an OK from the FDA and EU this year to market ABP 501. Amgen, meanwhile, is also defending its top-seller Enbrel against a biosimilar entrant in Europe. 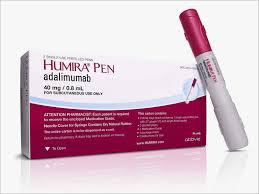 Now here's where things get interesting: Humira is approved to treat nine therapeutic inflammatory indications within the United States. If ABP 501 clears the FDA's hurdles and is also approved, might it be able to use Celltrion's extrapolation argument to attack all nine of Humira's therapeutic indications? These are the questions suddenly raised by the FDA panel's historic vote.

Two big unanswered questions
The introduction of biosimilars raises two big questions that we really don't have the answers to yet.

First, we need to see if the FDA will run with the idea of extrapolation and approve a biosimilar for multiple indications even though it was only tested in a narrow set of therapeutic indications. As noted above, it does tend to follow the suggestions of its FDA panel, but the correlation isn't perfect. We should know whether Celltrion's biosimilar candidate is a genuine threat to Johnson & Johnson's Remicade before the end of the first quarter.

If Celltrion proves victorious, then we move on to what could be the longest part of the biosimilar marketing process: clearing the legal hurdles. It's worth emphasizing that receiving regulatory approval is a different matter entirely than being legally cleared to market a drug. Johnson & Johnson is prepared to vigorously defend its patents, just as AbbVie, Roche, and other drug development giants are willing to do. There is no legal precedence when it comes to biosimilars, and arguably biosimilars have unique intellectual property of their own, which is going to make this matter extremely complicated. Manufacturing and development processes for biosimilars can be difficult to classify, making matters even more challenging.

Ultimately, the consumer should be excited about the eventual entrance of biosimilars into the marketplace since they're expected to price 10% to 50% below innovator drugs. However, for investors, this could turn into a murky mess for years to come. It's pretty cut-and-dried what happens when patents expire, but introducing a therapy based on living cells is an entirely different story that has an outcome that no one can predict at the moment.