What: Shares of Amazon.com (NASDAQ:AMZN)(NASDAQ:AMZN)fell 13.2% last month, according to data provided by S&P Global Market Intelligence. After initially pulling back along with the overall market, the e-commerce behemoth's shares accelerated to the downside after its fourth-quarter earnings report. 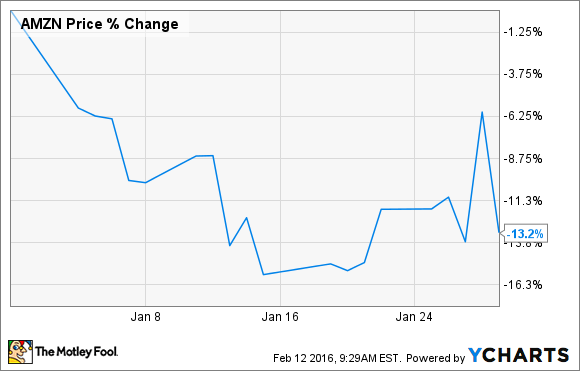 So what: Heading into its Q4 earnings release, Amazon's shares had more than doubled over the preceding 12 months. 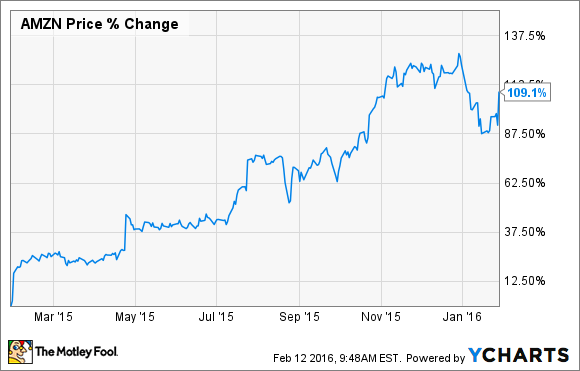 After such a steep run-up in its share price, investor expectations for Amazon were high. So when the company reported $1.00 per share in earnings -- well below the $1.56 Wall Street was expecting -- Amazon's shares were punished. Momentum and other short-term focused investors fled the stock, accelerating the decline.

Now what: The pullback has continued into February, with shares hitting a low of $474 on Feb. 9. 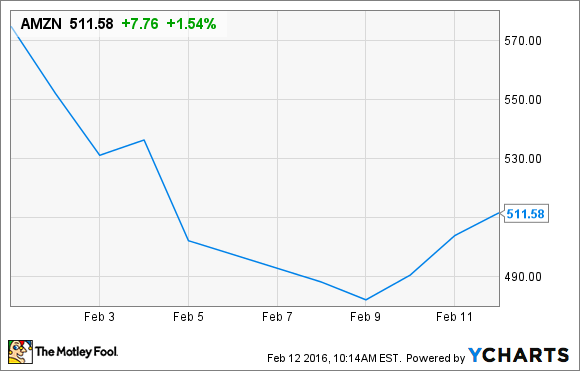 Notably, Amazon itself is using the decline as an opportunity to buy back its own shares, with the company recently announcing that it was more than doubling its share repurchase program to $5 billion.

With the e-commerce titan growing increasingly dominant in the massive and high-growth online retail and cloud computing markets, investors may wish to consider buying shares alongside Amazon.