Walking backwards through the latest earnings call, we'll put the robotic surgery veteran into a clearer context than its numbers alone ever could.

Yes, there is an official logo graphic with that tag line included. Image: Intuitive Surgical.

But the numbers rarely tell the whole story. When Intuitive Surgical's management sat down to hold a conference call with Wall Street analysts, they dropped many nuggets of investable information and wisdom. Here are three of the most important revelations I heard on that call.

The big picture
At the very end of the call, CEO Gary Guthart provided a broad overview of what Intuitive Surgical is all about. I can't think of a better way to start a discussion of the company.

"While we focus on financial metrics such as revenues, profits and cash flow during the conference call, our organizational focus remains on increasing value by enabling surgeons to improve surgical outcomes and reduce surgical trauma," he said. "We have built our company to take surgery beyond the limits of the human hand and I assure you that we remain committed to driving the vital few things that truly make a difference."

In other words, this company was not built just to drive wealth to its shareholders and insiders. Its profits are a byproduct of offering medical improvements on a global scale. Guthart will take rising revenues, wider margins, and stronger bottom-line profits, but those are not the metrics he uses to assess the company's success.

Getting this job done means providing better surgical outcomes, across a wider set of approved procedures, to a larger worldwide patient base. The financial rewards will simply follow as a natural result.

To be clear, the management team gets its bonus awards based on revenue and profitability goals -- but that's just a starting point. They must also measure up to goals within product development, regulatory approvals, quality of design, and applied research, to name just a few goal posts. And these are not easy targets. In 2014, only COO Jerry McNamara qualified for a cash bonus at all. And even that reward stopped at 35% of his maximum bonus payment. The 2015 payouts may be higher, thanks to a year of solid execution, but we'll have to wait until early March before getting the real scuttlebutt here.

The precise mix between financial, operational, and research goals remains a closely guarded company secret, but it's clear that the company means business with these seemingly altruistic goal statements.

Another potential growth driver
At the moment, most of Intuitive Surgical's financial growth comes from a rising number of robot-assisted surgical procedures. That count rose 15% in the fourth quarter, on a global basis. U.S. procedures increased by 12% and international surgeries jumped 27%. All of these quarterly growth rates were roughly in line with full-year trends.

"Instrument and accessory revenue realized per procedure, including initial stocking orders, was approximately $1,840 per procedure," said CFO Marshall Mohr. "This metric has now been trending in a tight range between $1,830 and $1,840 per procedure over the past year with recent quarters reflecting higher sales of advanced instruments, offset by the impact of foreign exchange."

In other words, revenues per procedure would also be growing if not for the stubbornly rising value of the U.S. dollar. If and when that currency trend stops or reverses, you'll see Intuitive Surgical's revenues per surgery rising again.

But that's not the only way for the company to lift this crucial metric.

"We would hope that we would be able to add to that number through increases in the advanced instrumentation, including stabling and vessel sealing," Mohr explained. "As I said, that's been somewhat muted or offset by the effects of foreign exchange over the last few quarters, but there are other factors that could change that."

The top-line intake has previously run as high as $2,000 per procedure, Mohr indicated. Now, these figures include not only the single-use consumable assets but also the initial stocking orders that go along with each new da Vinci system sale. In the long run, new installs should become a smaller piece of the total revenue pie, thus providing a damper for the revenue-per-procedure metric. But for now, there's plenty of room for a medium-term increase. 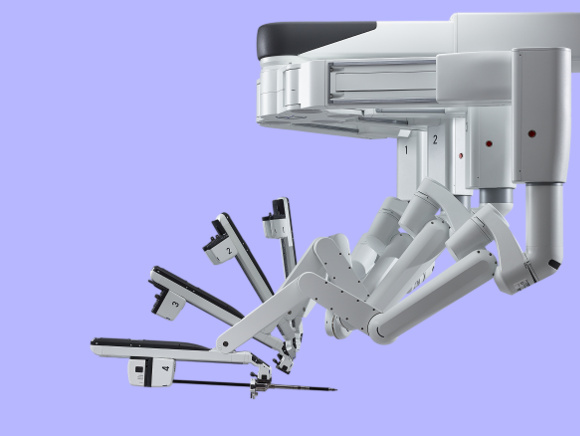 Themes of the moment
Finally, Guthart also pointed out what's driving Intuitive Surgical's business at this very moment. In keeping with my bottom-up approach today, this was naturally his first statement of the evening.

"Themes that emerged at the close of 2014 continued into 2015, with strong performance in general surgery and international procedure growth," Guthart said. US general surgery growth was approximately 31% for the year, made up of strong growth in inguinal hernia repair, ventral hernia repair and colorectal surgery. Use of single-site in cholecystectomy and hysterectomy declined for the year. Outside of the United States, procedure growth was strong, rising approximately 26% over procedures in 2014."

The abdominal surgeries that are driving domestic procedure growth right now are relatively new additions to the FDA-approved da Vinci repertoire. Hysterectomies and gall bladder removals are older mainstays. Overseas, the range of growing procedures is wider, and varies from one regulatory territory to the next. For example, robot-assisted prostatectomies are on the rise in Japan, while China and South Korea are just getting started on their list of approved procedures.

Regulatory processes and negotiations will also be key drivers of future growth for this company. Getting this done alongside rising revenues per procedure would be a double growth whammy -- a stretch goal in some ways, but hardly impossible.