Is it time to binge on the video streaming titan's shares? 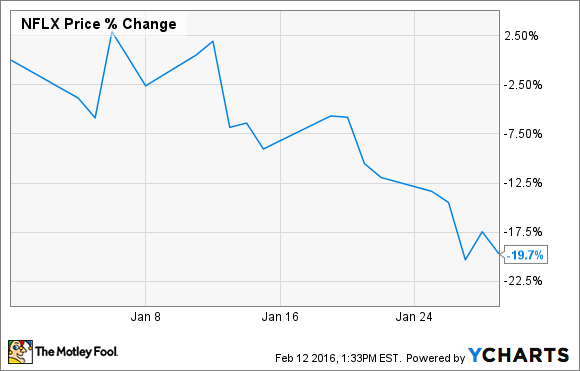 It's also true that Netflix is facing increased competition from the likes of YouTube and HBO. But competition is nothing new for Netflix. And while none of these formidable rivals should be taken lightly, Netflix's first-mover advantage, global market leadership, and impressive data collection abilities help to insulate it from these competitive pressures.

Lastly, in regards to valuation, Netflix's stock is much more reasonably priced since losing about a third of its value after hitting an all-time high of $133 on Dec. 7. And with management expecting the company to "generate material global profits" beginning in 2017, the stock could even prove to be a long-term bargain.

Now what: With so much growth still ahead, investors may wish to consider using this pullback in Netflix's share price as an opportunity to begin -- or add to -- a position in the video-streaming leader.