Please ensure Javascript is enabled for purposes of website accessibility
Log In Help Join The Motley Fool
Free Article Join Over 1 Million Premium Members And Get More In-Depth Stock Guidance and Research
By Dan Caplinger - Feb 17, 2016 at 10:20AM 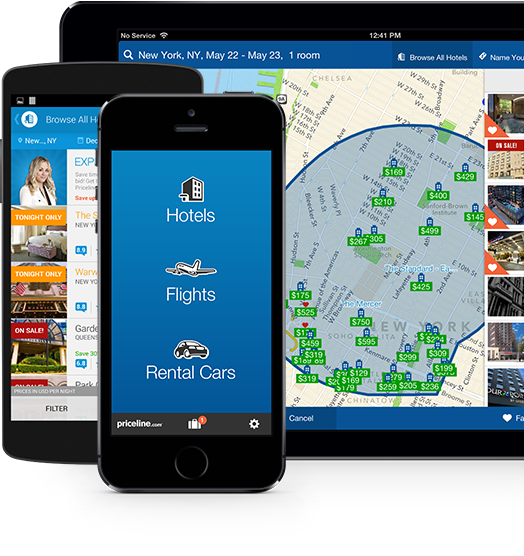 Stocks move in cycles, and online travel giant Priceline Group (BKNG 1.09%) saw its stock lose a third of its value in just a short period of time. Competition not just from traditional rival Expedia (EXPE 1.66%) but also from the Airbnb property-sharing service had some investors worried about Priceline's ability to keep dominating the industry, and coming into Wednesday's fourth-quarter financial report, Priceline investors wanted the company to reassert its strength with solid growth. Priceline delivered on that front, and the stock soared in response. Let's look more closely at how Priceline Group did this quarter and what's ahead in 2016.

Priceline goes beyond the final frontier
Priceline's fourth-quarter results continued its string of good performance, easily eclipsing the company's own downbeat guidance for the quarter. Revenue climbed almost 9% to $2.0 billion, which was better than the 6% growth rate that most investors were looking for. Adjusted net income rose 11% to $641 million, and that worked out to adjusted earnings of $12.63 per share, crushing the consensus forecast among analysts by $0.83 per share and dramatically outperforming the $11.10 to $11.90 per share in earnings from Priceline's earlier guidance for the quarter.

Priceline's fundamental performance remained attractive despite ongoing pressure from weak foreign currencies. Gross travel bookings jumped 13% to $12.0 billion, but the gain would have been 24% in constant-currency terms. Priceline's international operations generated gross profit growth of 12% in dollar terms that would have been more than double that growth rate if the dollar hadn't strengthened against most foreign currencies.

Priceline once again saw its biggest growth from its hotel business. Room-nights booked rose 27% from the year-ago quarter to just over 99 million. By contrast, rental car growth slowed, with Priceline posting 12.2 million rental car days, up 11% from a year ago. Airline ticket sales actually fell almost 3% to 1.7 million, reflecting the difficulties that Priceline has had in growing that part of its business.

Similarly, Priceline also saw the long-held trends in its three main revenue sources continue. Agency revenues climbed 14%, and ad-based revenue jumped 17% compared to a year ago. Merchant revenues once again fell, though, posting a 7% decline that has steepened in recent quarters.

CEO Darren Huston was pleased with Priceline's penetration. "Booking.com continues to expand and innovate," Huston said, "and now has over 850,000 hotels and other accommodations in over 220 countries and territories across the globe." That number is up by more than a third over the past year.

Can Priceline keep climbing in 2016?
Huston believes that Priceline will keep moving forward. "The Group's brands are starting 2016 with strong momentum," the CEO said, and he expects Priceline to find investments that will produce further growth.

Priceline's guidance for the first quarter was only slightly weaker than investors were expecting, and given the company's history of lowballing its guidance, investors seemed not to draw any false conclusions from what might otherwise have seemed like disappointing numbers. Priceline expects revenue growth of 9% to 16%, which is consistent with the 12.5% sales growth that most investors are looking to see this quarter. Adjusted earnings of $9 to $9.60 per share are at the lower end of the consensus forecast around $9.60, but that's still more favorable than the extent to which Priceline predicted much lower earnings when it gave fourth-quarter guidance in its last report.

The news from Priceline was welcome after Expedia's own fourth-quarter report had shown that it had made progress in accelerating its growth. Expedia's gross bookings jumped 40%, with about two-thirds of that growth coming from acquisitions. Although the Paris attacks held Expedia's profits back, the company said it expected strong growth in 2016, and Expedia shareholders reacted with a nice bounce in what had been a beaten-down stock.

Priceline stock jumped after it released its results, rising more than 11% in pre-market trading following the announcement. Given Priceline's history of holding off competition from Expedia and other travel rivals, the company appears to be back and better than ever for 2016.