The growing difference between these two platforms on this key metric highlights what makes Facebook a unique social network for shareholders.

Twitter's (TWTR -0.23%) biggest problem -- stagnating user growth -- could highlight the best reason for Facebook (META -0.79%) shareholders to continue holding shares. As the smaller social network struggles to grow its user base, just as Facebook's user growth continues as strongly as ever, the social network's mass-market appeal and its continual ability to grow users can be better appreciated. 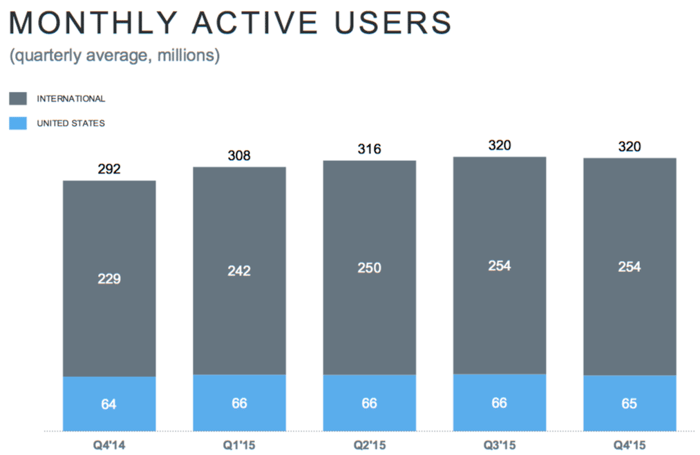 Twitter's problem
When news of the simultaneous departure of a handful of Twitter executives in late January surfaced, speculation mounted that the social network's decelerating user growth, which had been worrying investors, might have failed to improve during the company's fourth quarter. And this speculation was correct: Twitter's core users actually declined slightly between Q3 and Q4.

The company reported 320 million total monthly active users in Q4, the same as it reported in Q3. But when excluding the company's SMS Fast Followers -- lower-value users who primarily access the service from SMS on feature phones -- Twitter's core user base actually declined from 307 million to 305 million during this same period.

To comfort investors, management did note in Twitter's fourth-quarter shareholder letter that monthly active users in the month following the close of the fourth quarter have returned to Q3 levels. Further, management said the company is confident this growth trend will "continue over time."

Facebook's strength
Meanwhile, the narrative at Facebook on user growth is quite different. With user growth remaining strong both on a year-over-year and sequential basis, there's no talk of stagnation when the larger social network provides quarterly updates. 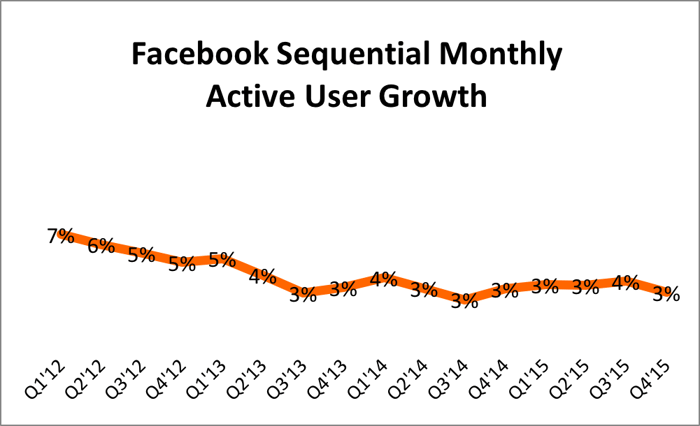 Facebook stands out from Twitter as the service capable of sustaining growth over the long haul. Growing meaningfully on a much larger user base than Twitter, Facebook has proven to investors that its service appeals to the masses. Even Facebook's CEO Mark Zuckerberg's aspirations to eventually reach five billion monthly active users on the social network doesn't seem far fetched. Further, the company's ability to replicate mass-market appeal with its other social platforms further demonstrates the company's ability to build massive social networks.

Twitter investors, on the other hand, can't rely on the same quantifiable evidence Facebook investors get when it comes to expectations for attracting a larger user base. Instead, investors have to simply trust that management can solve its user growth problem and potentially transform the product into one that appeals to a larger audience.

Going forward, investors may be more diligent when attempting to analyze the addressable markets for social networks when considering them as potential investments.