Please ensure Javascript is enabled for purposes of website accessibility
Log In Help Join The Motley Fool
Free Article Join Over 1 Million Premium Members And Get More In-Depth Stock Guidance and Research
By Andrés Cardenal - Feb 20, 2016 at 7:20AM

Investing in top-quality companies means that time is on your side, and these companies are remarkably strong candidates to hold for the long term.

When you invest in top-quality businesses, you're putting time on your side. These companies tend to produce consistently growing cash flows over the years, and they become more valuable as time goes by. This means that you can have a really long time horizon when you invest in the right businesses. In the words of Warren Buffett himself:  "When we own portions of outstanding businesses with outstanding managements, our favorite holding period is forever."

If you are looking for companies that are strong enough to merit life-long commitments, names such as Disney (DIS 2.43%), Alphabet (GOOG 2.11%) (GOOGL 2.05%), and Starbucks (SBUX 2.13%) are interesting candidates to consider.

The magic never ends at Disney
Disney is arguably the strongest entertainment company in the world. The company owns the intellectual rights to many of the most popular fictional characters and franchises in the business, ranging from Mickey Mouse to Star Wars. Disney is an intergenerational company benefiting from deep emotional connections with consumers of all ages, which is a crucial source of competitive differentiation in the industry.

Furthermore, Disney has a fairly unique and profitable business model. A successful movie such as Star Wars: The Force Awakens opens the door to big opportunities across different segments -- not only more movies from the same franchise, but also merchandising, home entertainment, live shows, and even new attractions at the company's parks and resorts. 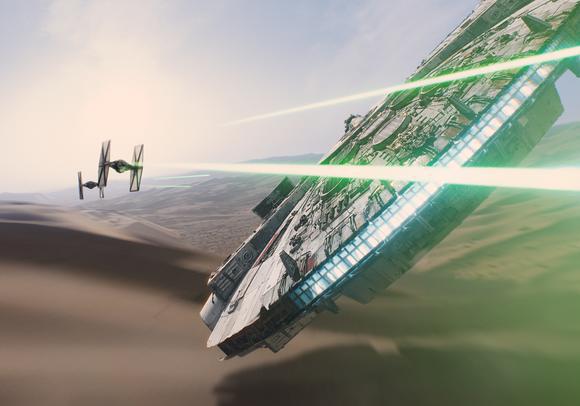 As a reference, revenue in the studio division grew by a staggering 46% last quarter on the back of massive success from the latest Star Wars movie, and this was a major driving factor behind a powerful 23% increase in operating income in consumer products and interactive media during the quarter.

Disney's media networks division is, however, under pressure due to the cord-cutting revolution and rising programing costs at ESPN. Management said in the latest earnings earnings conference call that the company saw a small uptick in ESPN subscribers over the last few months, but it makes sense to expect sustained uncertainty in this division as global consumers are increasingly choosing online TV over cable.

Nevertheless, Disney has the strength to adapt and continue thriving under new technological trends, and the business as a whole is doing remarkably well in spite of disappointing performance from the networks segment: Overall revenue jumped 14% last quarter, and operating income grew 20% year-over-year.

Searching for profitability and growth
Alphabet is a very particular company. The company makes most of its sales and profits from its Google online advertising business, and this provides huge profitability and consistency for investors. At the same time, the company is investing in several different areas with explosive potential for disruption in the long term; this includes self-driving cars, high-speed Internet connections, anti-aging technologies, augmented reality, and flying robots, among others.

Google is a cash generating machine, and the business looks stronger than ever from a competitive point of view. The company owns seven different assets with over 1 billion monthly users each: Google Search, Android, Google Maps, Chrome, YouTube, Google Play, and Gmail. Google brought in $74.54 billion in sales during 2015, and operating margin in this business was extraordinarily high at 31% of revenue during the period.

The "other bets" segment, which groups the company's moonshot futuristic ventures, produced only $448 million in sales last year, but operating loss was a staggering $3.57 billion. These other bets projects are all about the future, and they are significantly dragging on overall profitability at this stage. On the other hand, some of these initiatives could offer enormous potential for disruptive innovation in the coming years and decades.

Investors in Alphabet are benefiting from consistent profits in online advertising and explosive potential in other bets, and few companies in the world can offer such an attractive combination

Caffeinated growth from Starbucks
Starbucks is one of the most impressive success stories in the consumer sector over the last few decades. The company had only 165 stores in 1992, the year in which Starbucks went public. As of the last quarter, the number has grown to 23,571 units across the world, and is growing at full speed. Founder and CEO Howard Schultz practically invented specialized coffee as a popular product category, and he has turned Starbucks into a global emporium on the back of a relentless commitment to quality and a differentiated customer experience.

Importantly, the Starbucks growth story is far from over at this stage. The company is leveraging powerful growth drivers such as geographical expansion and product innovation to sustain growth over the coming years. Starbucks has nearly 2,000 stores in 100 different cities in Mainland China, and management intends to increase its presence to 3,400 stores in the country by 2019. The company is also permanently innovating in food and drinks, a smart strategy to increase sales at existing locations.

Global comparable sales grew 8% during the quarter ended in December, and comparable sales in the U.S. jumped by an impressive 9% year-over-year. Starbucks is enjoying vigorous growth even in a highly penetrated market such as the U.S., and this bodes remarkably well in terms of evaluating the company's chances of sustaining growth over the long term.