The movie studio has seen big success in its restructuring efforts. 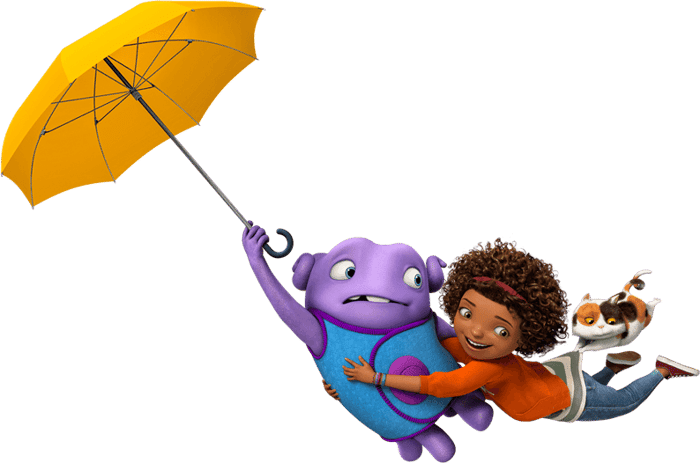 The entertainment business can change on a dime, and investors in DreamWorks Animation (DWA) know how quickly a hot commodity can run cold. Coming into Tuesday's fourth-quarter financial report, DreamWorks investors expected the company to finish 2015 on a high note, rebounding from an abysmal end to 2014 and finding ways to compete even against impressive release schedules from Walt Disney (DIS -0.63%) and other movie-studio rivals. DreamWorks' results surpassed even the high hopes that shareholders had, and the company sees a good chance of riding its momentum into 2016. Let's take a closer look at how DreamWorks Animation ended the year with a bang and what's to come for the latest Hollywood hot shot.

DreamWorks Animation becomes a hero
DreamWorks Animation's fourth-quarter results built on the foundation that the movie studio had produced in the previous quarter. Revenue jumped 36% to $319.3 million, absolutely crushing the $274 million consensus estimate among those following the stock. Even after taking into account $6.1 million in charges associated with its restructuring plan, reported net income came in at $42.1 million, reversing a year-earlier loss and working out to earnings of $0.48 per share. That was triple the $0.16-per-share earnings that investors had expected to see.

Looking more closely at DreamWorks' results, all of the company's segments participated in its overall growth. The television series and specials segment saw the biggest bump, more than doubling its sales to $104.9 million. DreamWorks said that seasonal television specials involved delivering a much larger number of episodes under licensing deals, accounting for much of the increase. The segment reversed a small loss from the year-earlier period to post a $46.6 million gross profit.

Feature films continued to play a vital role for DreamWorks, and the segment's revenue rose more than 11% to $146.4 million, and gross profits amounted to $63.5 million versus a much larger loss a year ago. Home was the big draw, taking in almost 40% of the segment's sales from pay television and home entertainment revenue, and titles from its extensive library brought in most of the rest.

Results were also encouraging elsewhere. Consumer products sales jumped 43% to $31.7 million, although gross profits decreased slightly. New media sales climbed 32% to $32.9 million, and DreamWorks said the increase would have been even larger if it hadn't changed the way it accounts for certain types of revenue from advertising, brand sponsorship, and talent management arrangements.

CEO Jeffrey Katzenberg was happy with the year. "Although 2015 was a transitional year for our company," Katzenberg said, "I am exceptionally proud of what the DreamWorks team has accomplished this year." The CEO pointed to sales results that it hasn't seen in more than a decade as noteworthy, and he also applauded cost-containment efforts.

Can DreamWorks Animation soar in 2016?
DreamWorks knows that its turnaround isn't yet complete. "While there is still much work to do before we cross the goal line on the objectives we shared a year ago," Katzenberg said, "we enter 2016 with considerable momentum."

Still, the restructuring efforts that DreamWorks has put in place have been surprisingly effective, especially given how competitive the entertainment space is right now. Disney's studio entertainment unit saw revenue soar 46% to $2.72 billion in its most recent quarter, riding the wave of popularity from the latest installment of the Star Wars franchise. Disney's operating income from the segment rose at an even faster 86% pace, topping the $1 billion mark and accounting for about a quarter of Disney's total operating profit.

DreamWorks Animation stock soared after posting the results, jumping 10% in the first hour of after-hours trading following the announcement. Even with Disney continuing to have success, DreamWorks has established its ability to rise from its past ashes and develop a winning strategy that could carry it forward well into the future.