Please ensure Javascript is enabled for purposes of website accessibility
Log In Help Join The Motley Fool
Free Article Join Over 1 Million Premium Members And Get More In-Depth Stock Guidance and Research
By Daniel Sparks - Feb 24, 2016 at 10:30AM

The latest rumors indicate the company is ready to monetize this service.

Advertisements in the form of messages are coming to Facebook's (META 3.34%) Messenger as early as next quarter, according to TechCrunch. The speculation follows Facebook's array of new features launched for Messenger and WhatsApp during the past 12 months, aimed at helping businesses and consumers interact within the Messenger.

Facebook CEO Mark Zuckerberg has been increasingly open with investors about the company's plan to eventually monetize Messenger. Could this be one of the company's first steps in generating revenue from the service?

Promoted messages?
"A leaked document Facebook sent to some of its biggest advertisers reveals that Facebook will launch ads within Messenger in Q2 2016," said TechCrunch authors Josh Constine and Jon Russell last week.

The document, according to TechCrunch, noted that its biggest advertisers will soon be able to "send ads as messages to people who previously initiated a chat thread with that company." Further, the document advises businesses to encourage customers to begin interacting with Messenger so they will be able to participate in these message-styled ads at scale when the product launches, TechCrunch explained. To help businesses begin to interact with consumers, Facebook reportedly detailed a new URL for every page purposed to directly open a message between the customer and the business.

Facebook didn't confirm the leaked document with TechCrunch, but didn't deny it either:

We don't comment on rumor or speculation. That said, our aim with Messenger is to create a high quality, engaging experience for 800 million people around the world, and that includes ensuring people do not experience unwanted messages of any type.

Notably, however, TechCrunch said Facebook confirmed the existence of the customized URL for each business page. As TechCrunch speculates, the social network's confirmation of the URL suggests there is some validity to the document.

What could ads on Messenger look like?
As Facebook's statement to TechCrunch indicates, advertisements in Messenger will attempt to be organic and intuitive -- especially at first -- in order to ensure users "do not experience unwanted messages of any type." This is probably why the leaked document emphasizes these Messenger ads will only be able to be sent to users who are already having conversations with the company.

A recent press release from WhatsApp -- one of Facebook's messaging brands -- provides some insight into the company's emphasis on making these advertisements feel organic.

Starting this year, we will test tools that allow you to use WhatsApp to communicate with businesses and organizations that you want to hear from. That could mean communicating with your bank about whether a recent transaction was fraudulent, or with an airline about a delayed flight. We all get these messages elsewhere today – through text messages and phone calls – so we want to test new tools to make this easier to do on WhatsApp, while still giving you an experience without third-party ads and spam.

Facebook said in its most recent earnings call that it will want to build out consumer-to-business interactions organically at scale before it begins to monetize Messenger. This mirrors the way Facebook introduced Pages organically, and scaled this product before introducing promoted posts and paid advertisements on the platform. To encourage organic interactions, Facebook has made it possible for businesses to prominently feature ways for users to message them, and Facebook has also begun rolling out tools for transactional interactions, such as ordering an Uber ride, directly into Messenger. 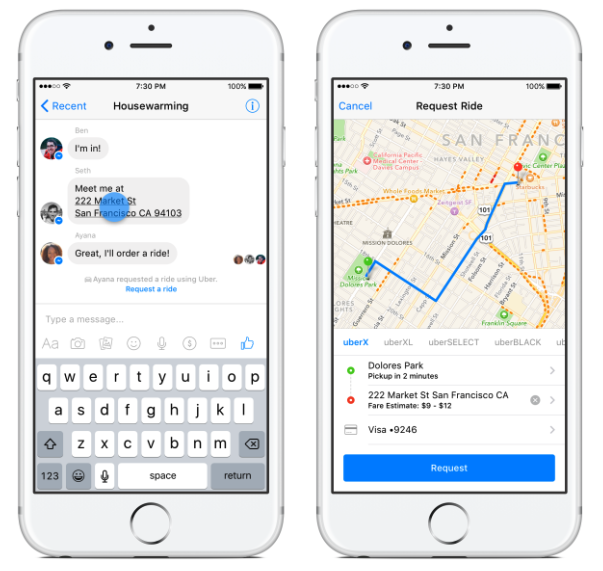 If Facebook's history of monetizing platforms is any indication of the success the social network will have with bringing ads to Messenger, the company will likely successfully balance ads with its emphasis to simultaneously boost engagement within the product.

For Facebook, 2016 could be the year Messenger and WhatsApp turn into legitimate revenue streams for the company.