Please ensure Javascript is enabled for purposes of website accessibility
Log In Help Join The Motley Fool
Free Article Join Over 1 Million Premium Members And Get More In-Depth Stock Guidance and Research
By Daniel Sparks – Feb 27, 2016 at 10:48AM

Ever wondered what advice Facebook's CEO would give Twitter about the smaller social network's struggling user growth? Wonder no more.

It's no secret that Twitter (TWTR 2.57%) is struggling to grow its user base. Indeed, the social network's number of users declined from 307 million to 305 million between Q3 and Q4 when excluding the company's SMS Fast Followers, or lower-value users who access the service through text messaging primarily on feature phones. Meanwhile, Facebook's (META -0.54%) user growth is thriving. What advice would Facebook give to Twitter about the smaller social network's user growth problem?

This week we found out exactly what Facebook would say -- straight from the mouth of Facebook CEO Mark Zuckerberg.

Facebook to Twitter: Make it easier to keep up with public figures
"Considering the current state of Twitter, if you were the CEO of Twitter, what would you do right now?" asked an audience member during Mark Zuckerberg's "town hall" question-and-answer session in Berlin, Germany, this week.

Seeming a bit startled by the question and initially stumbling with words and chuckling, Zuckerberg gathered himself and proceeded to give his best answer:

Let me answer that question by talking about what we've done with Instagram. ... Facebook traditionally has been a service that is mostly focused on, you know, more private communication with friends, small groups of people. And one of the things that I think, traditionally, other networks and other parts of the Internet -- and whether that's Twitter or YouTube or different communities -- have traditionally done more on is on public content. And, you know, recently, with Instagram -- and Facebook as well -- that's an area that we can just focus a lot on. 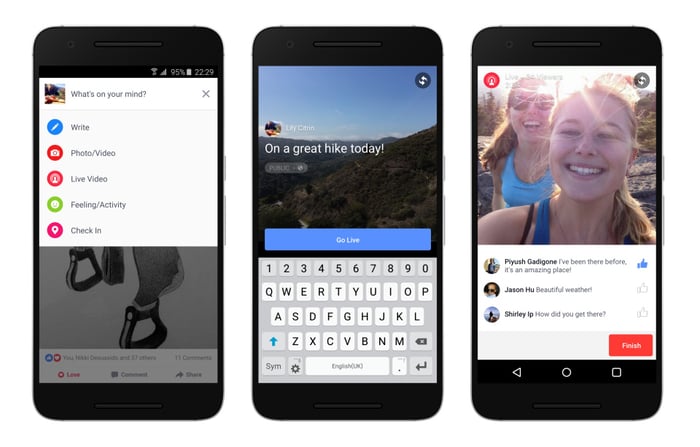 Finally, Zuckerberg summed up his advice as distinctly as possible:

There's a lot more that I think needs to be done to give people the ability to connect with the people and figures that they're interested in. And I think that you're going to see a lot of that on Instagram and on Facebook. And if the Twitter folks do a good job, I think you'll see a lot more of that on Twitter, too.

One of the examples Zuckerberg cited as a way Facebook is making it easier for people to follow public figures is with its Facebook Live, which enables users to broadcast live on Facebook. Illustrating the company's commitment to the feature, the company announced this week that Facebook Live is going to start rolling out to Android devices next week, beginning in the U.S. and coming to more countries "soon." 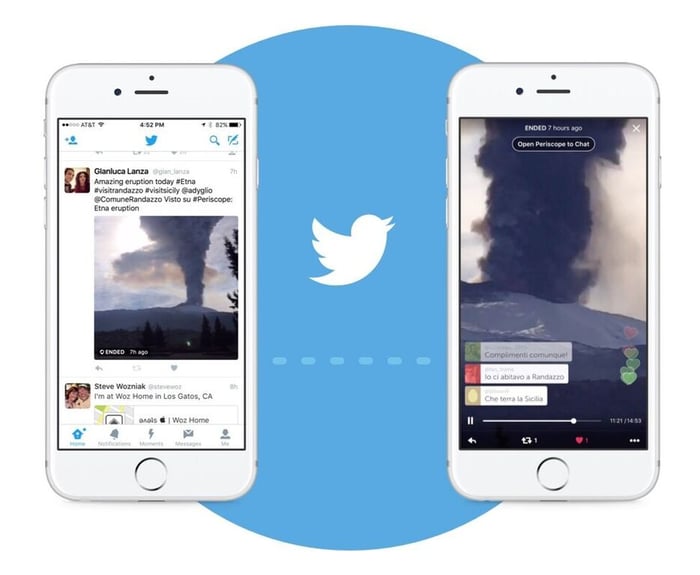 Like Facebook, Twitter is also making live streaming on its platform easier. It recently enabled its live Periscope streaming to be viewable within Twitter, similar to Facebook Live. Periscope could be a particularly useful tool for the company as the smaller social network attempts to make it easier for users to connect and follow public figures.

Considering Facebook is successfully growing not just Facebook, but also Instagram, WhatsApp, Messenger, and Groups, too, Twitter would probably be wise to listen to Zuckerberg's advice. While Twitter is already moving in this direction, this area is probably worth even more emphasis if Zuckerberg says it is; he knows a thing or two from his experience with growing the world's largest social network.