Please ensure Javascript is enabled for purposes of website accessibility
Log In Help Join The Motley Fool
Free Article Join Over 1 Million Premium Members And Get More In-Depth Stock Guidance and Research
By Daniel Sparks - Updated Feb 22, 2017 at 11:35AM

Car and Driver recently discovered how Tesla Motors' (TSLA -0.89%) Model S steers itself on a challenging 50-mile course including freeway, rural, and city driving, dubbing the car the "clear winner" among the world's top semi-autonomous capable production vehicles. But I wanted to see how Model S handles itself solely on the highway. After all, this is what Tesla's Autopilot was built for, and it's this environment in which drivers will likely be more willing to actually turn the feature on. So, I hopped in a Model S to see how far I could make it on the highway without taking control.

My experience was shocking. Here's what happened.

When a Tesla drives you
In October, electric-car maker Tesla Motors rolled out a software update to its fleet of Model S cars that would give vehicles with Autopilot Convenience Features enabled the ability to automatically steer and change lanes on the highway. Paired with adaptive cruise control, which was already active in Model S, the software update made it possible for Tesla vehicles to essentially drive themselves on the highway, albeit with an occasional reminder from the owner that he or she was still alert and ready to take over if needed. 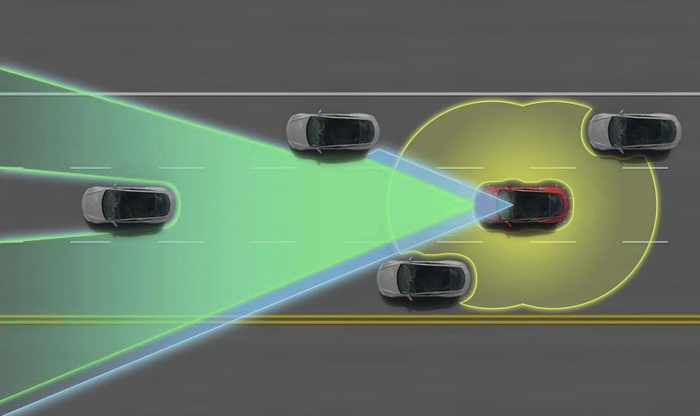 Four months after Autosteer was beamed to Tesla's fleet, it was time to put the technology to the test. The goal was to head south from Monument toward Colorado City to see how far I could drive without taking control of the wheel or touching the pedals with my feet. I thought I'd be lucky to make it through the entire stretch of Colorado Springs, which includes three- and two-lane highway driving and at least one construction zone. So, I figured there would be no need to plan for anything further than Colorado City, which was about 87 miles away from my starting point.

I certainly wasn't going to take any risks on this trip. And this wasn't just because I was borrowing a fully loaded P90D Model S with a price tag well over $100,000. I was cautious because I simply wasn't sure if I trusted sensors and computers navigating for me through traffic on a route this long -- even if the weather was great and the lane markings were clear. So, you can bet I was ready to grab the wheel if the vehicle started to do something I didn't like.

In a 61-mile drive, which passed through several cities, including the 27-mile-long stretch of Colorado Springs, I didn't have to steer or use the pedals a single time. I even changed lanes when I normally would have -- though by a tap of the blinker each time instead of by turning the wheel.

Other cars on the road would have never guessed it wasn't a human driving. Model S slowed when slower vehicles cut in front of me, sped up when they moved, and accelerated with eerily human-like driving skills amid lane changes when passing vehicles. And it avoided off-ramps when I was in the right lane -- even when there were no markings to separate my lane from the off-ramp.

All I did was adjust the cruise control speed every now and then and occasionally let the vehicle know I was alert by touching the wheel (but not with enough pressure to take control) every five minutes or so.

I ended the Autopilot experience on a narrow curve on the south end of Pueblo, Colorado. A semi truck beside me encroached into my lane, and I decided I didn't want to wait to see whether or not Model S would avert a collision. I grabbed the wheel.

With Model S nearly out of Pueblo and onto a long, boring stretch of highway by the time I had to grab the wheel, chances are I could have made it all the way to Colorado City if it wasn't for this interruption. Indeed, if a Tesla owner were to replicate a similar attempt with Autopilot, I wouldn't be surprised if the first interruption they experienced would be because the driver needed to exit the highway to charge.

This performance handily trumps the 29 interruptions experienced by Model S on Car and Driver's challenging route, highlighting just how well Autopilot works when used as it's intended: from highway on-ramp to highway off-ramp. 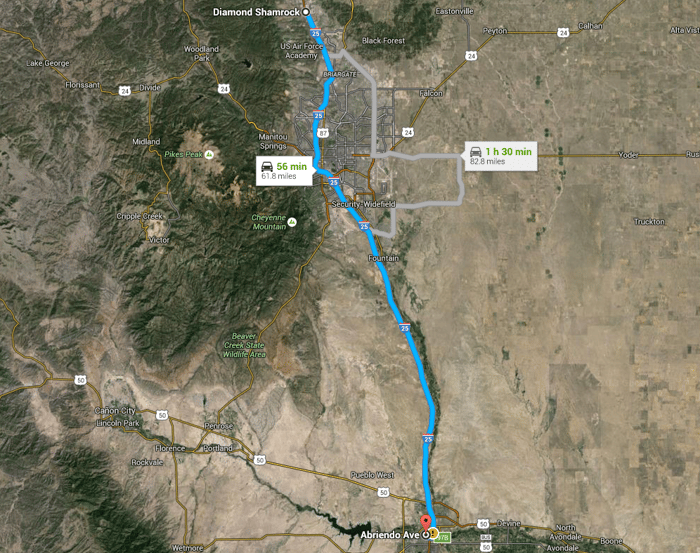 The route and approximate distance Model S' Autopilot was enabled before I took control of the wheel. Map source: Google Maps.

Autonomous driving
After letting a Tesla drive me for 61 miles, I'm convinced autonomous production cars may come sooner than we think.

Tesla CEO Elon Musk said earlier this year he believed the company would be able to produce vehicles that could be "summoned" across the country without a driver, even stopping to charge along the way, in just two to three years. Notably, though, Musk said the feat would require a next-generation suite of sensors with more redundancies built in.

While we wait for autonomous vehicles, Tesla's semi-autonomous technology offers a preview of what's to come. And the automaker will probably just keep upping the game with its current hardware sensor suite as it improves Autopilot and its Summon features with fleet learning technology and more over-the-air updates.