The numbers aren't adding up for Wal-Mart Stores(NYSE:WMT). After spending the better part of 2015 making key investments that were supposed to galvanize growth, the company has seen little progress. It spent $1.2 billion on higher wages and training last year, and will spend another $1.5 billion this year, while it also injected $900 million into its e-commerce platform last year, and projects it will spend $1.1 billion this year. 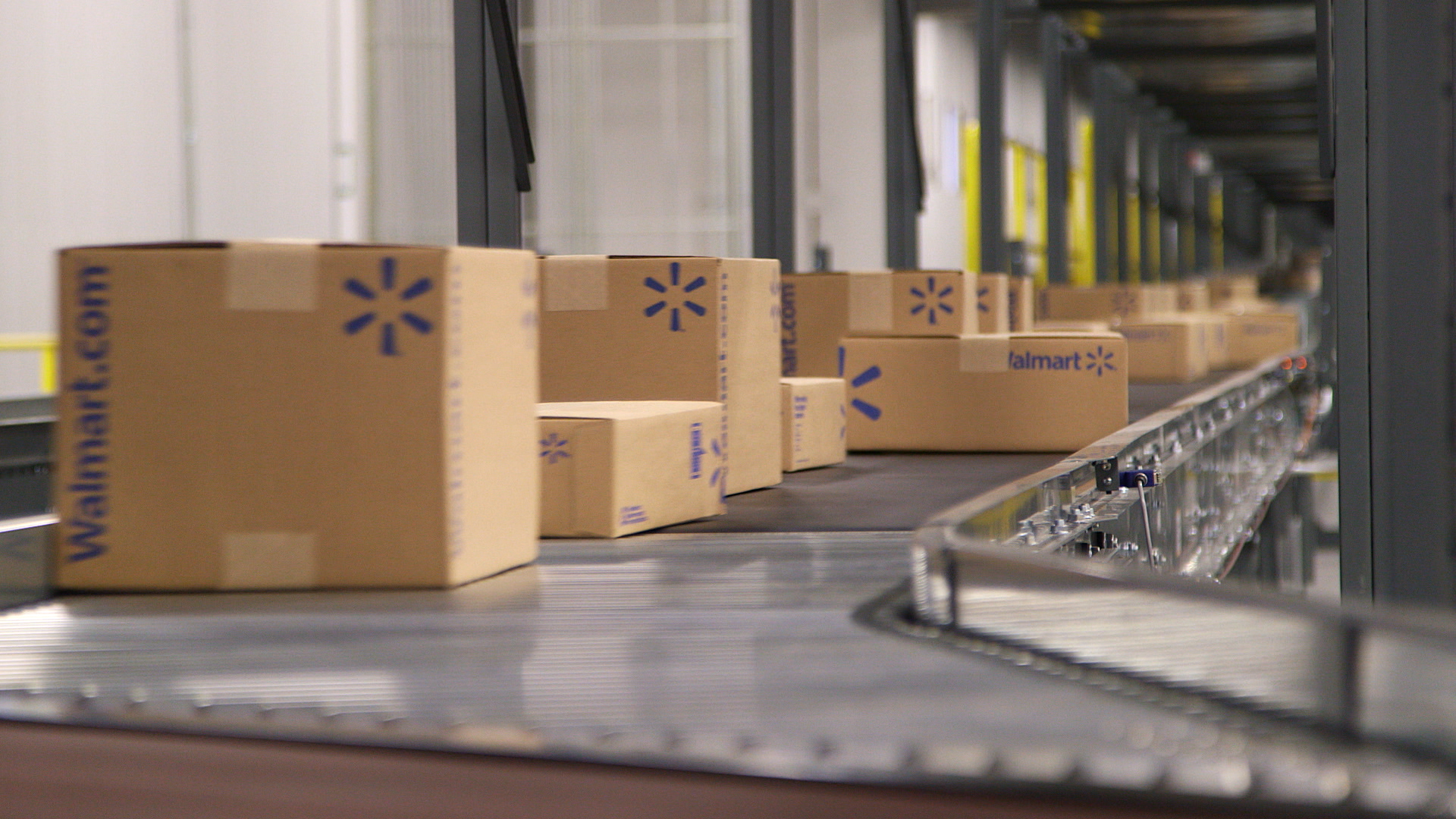 E-commerce growth has not lived up to expectations. Image source: Wal-Mart.

Those two projects were expected to boost performance and solve two of Wal-Mart's most pressing problems by (1) sprucing up its stores to avoid items being out of stock and cut down on long lines, thus better satisfying customers, and (2) enhancing its e-commerce platform by leveraging its massive store footprint to better compete with Amazon.com (NASDAQ:AMZN)

That plan didn't pan out, as Wal-Mart's fourth-quarter earnings report was full of bad news. U.S. comparable sales grew at a paltry 0.6%, its slowest growth rate in five quarters while e-commerce sales grew just 8%, its slowest rate in several quarters.

The company also lowered its sales forecast for the second time in four months. It now sees flat revenue growth for the current year, following currency-adjusted growth of just 2.2% last quarter. While Wal-Mart touted improvements in its turnaround, including increasing customer satisfaction scores, expansion of its e-commerce platform, and a 7% comparable-sales increase at its Neighborhood Market stores, investors are rightly disappointed with the lack of progress.

Taking a look at the bigger picture shows why Wal-Mart's challenges may be insurmountable.

Math problems
E-commerce sales have grown steadily since the dawn of the Internet. Since the end of the Great Recession, online sales have grown about 15% each year, consistently taking share from brick-and-mortar retailers. In 2015, 7.3% of total retail sales went to e-commerce, but the online channel captured two-thirds of the growth, or $43.5 billion out of $65 billion.

With the company growing e-commerce sales by just 8% in the latest quarter, it's losing share in the fast-growing online channel, and its massive size means it would have to capture a disproportionate percentage of brick-and-mortar sales to put up a significant growth rate. In 2015, Wal-Mart's U.S. business brought in $355 billion in revenue. Even if the company captured all of the brick-and-mortar sales growth in the country last year, it would have only grown its domestic top line by 6%.

Competitive threats
Wal-Mart has made strides in e-commerce, tallying up $14 billion in sales last year, but it's still far behind Amazon and its growth has slowed significantly, down from 22% a year ago. The e-commerce juggernaut, meanwhile, posted $99 billion in retail sales last year, growing the category 26% in North America over the holiday quarter.

As Amazon converts more shoppers to its Prime loyalty program, adding more warehouses, and making other investments to speed up delivery, its advantage is likely to grow. On the brick-and-mortar front, Wal-Mart continues to lose ground to Costco Wholesale (NASDAQ:COST), among others. Its warehouse brand, Sam's Club, saw comparable sales rise just 0.4% last year, while Costco's comps grew 7% in fiscal 2015, grabbing share from both Sam's Club and Wal-Mart.

Costco's and Amazon's sales have consistently grown by eroding Wal-Mart's competitive advantage -- its low-price leadership and wide selection. As both continue to expand, the pressure on Wal-Mart will only increase.

The world's largest retailer is projecting just a 0.5% increase in U.S. comparable sales and has already scaled back its unit growth projections for this year, targeting just 142-165 new stores, down from 375 new stores two years ago. Its international division also continues to struggle, as the company has recently pulled out of markets in Brazil, and has hit several roadblocks in China.

With weak comps in the forecast, slower store growth, and decelerating e-commerce growth, Wal-Mart will struggle to match the current 3%-4% growth of the greater retail industry. As its rivals extend their advantages, Wal-Mart may be consigned to low-single-digit growth, at best.