Stratasys Ltd. (SSYS 0.05%) is slated to report its fourth-quarter and full-year 2015 earnings before the market opens on Thursday, March 3. The leading diversified 3D printing company didn't preannounce earnings, as it did in the first and third quarters of 2015, which should mean that investors aren't in for any huge negative shocks.

Investors could certainly use some encouraging news, as shares of Stratasys, rival 3D Systems (DDD 0.65%), and most of the smaller 3D printing companies have plummeted since the start of 2014. If 3D Systems' preliminary fourth-quarter revenue figure is an indication of the state of the enterprise 3D printer market, investors might, indeed, get decent news. On Feb. 11, Triple D released a revenue expectation that was likely better than what many investors were expecting, since it comfortably surpassed analysts' estimates. It anticipates that its quarterly revenue dipped 2.4% from the year-ago period and increased 20.7% from the third quarter. 3D Systems was scheduled to report official results on Monday, Feb. 29, but has since postponed its 10-K filing and has until March 15 to file.

Assuming Stratasys' earnings are in the ballpark of its guidance, its earnings will have likely fallen off more than these numbers suggest. The first quarter of 2014 was when Stratasys took its first goodwill impairment charge for MakerBot, so this charge is included in the year-ago period's earnings. (There is, however, a possibility that we could see an additional goodwill impairment charge this quarter on the enterprise side, as Stratasys said that its initial charge taken in the third quarter wasn't final.)

Long-term investors shouldn't pay too much attention to analysts' quarterly earnings estimates, since Wall Street is short-term-oriented. That said, market reactions can often be explained by these estimates coupled with forward guidance. So it's worth noting that analysts are expecting Stratasys to deliver quarterly adjusted EPS of $0.11 on revenue of $168.45 million; both numbers are near the respective midpoints of Stratasys' guidance.

Beyond the headline numbers, here's what to focus on in the report.

Investors should focus on Stratasys' results in what it defines as its "core business," or its sales of 3D printers for the enterprise market. The company now breaks this metric out in its earnings releases. As a benchmark, its core business revenue in the third quarter decreased 14% year over year, or about 10% on a constant-currency basis. Just an incremental improvement would suggest that the daunting macroeconomic headwinds the company has faced since the first quarter of 2015 could be subsiding.

The major slowdown in purchasing among industrial customers that Stratasys has experienced throughout 2015 is much more concerning than the well-publicized troubles of its desktop 3D printer unit, MakerBot. The enterprise business is the profit engine of the company, as it accounts for the lion's share of total revenue and it sports profit margins that are higher than MakerBot's.

Stratasys has attributed the tepid demand from industrial customers to overcapacity in the field, resulting from the large number of 3D printers bought during the previous few years. It has said that it doesn't have any indication that businesses are holding off purchasing new 3D printers to see what compelling new products might come to market in the near future. While it seems very likely that Stratasys' explanation accounts for the bulk of the slowdown, it's possible -- even probable -- that at least some companies are, indeed, delaying their buying decisions for this reason.

Guidance and long-term operating model
Forward guidance for 2016 is more critical than usual because of the macroeconomic headwinds that Stratasys, along with 3D Systems, has experienced in the enterprise 3D printer space.

Stratasys said last quarter that it's reviewing its long-term operating model and will provide an update when visibility into its prospects has improved. So we might get that update on Thursday. Investors can probably count on Stratasys' ratcheting back these long-standing growth projections. Stratasys took last quarter a goodwill impairment charge on its enterprise business in the range of $730 million to $770 million, which suggests that it doesn't view its prospects as optimistically as it previously did.

MakerBot should take a backseat in importance 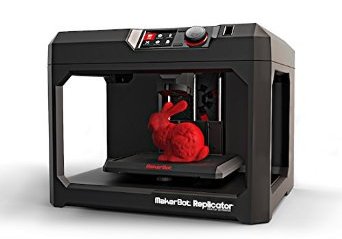 We shouldn't be in for any shocking MakerBot bad news, simply because it doesn't seem like things could get much worse at this point. Stratasys took a third writedown for the desktop 3D printer unit in the third quarter, with the total charge now in the range of $436 million to $476 million -- more than the $403 million it initially paid for MakerBot in 2013. MakerBot revenue plunged 55% year over year last quarter, and we can likely expect another similar drop this quarter.

Stratasys should share information -- at least on the earnings call -- about how the MakerBot restructuring efforts are going. (Look for a forthcoming Fool.com article covering the key points shared on the call.)

Takeaway
The performance of Stratasys' core business -- sales of 3D printers for the enterprise market -- is critical. Just a small improvement from last quarter could mean that macroeconomic challenges are subsiding. Given these challenges, the company's forward guidance and possible changes to its long-term operating model are even more important than usual to long-term investors.